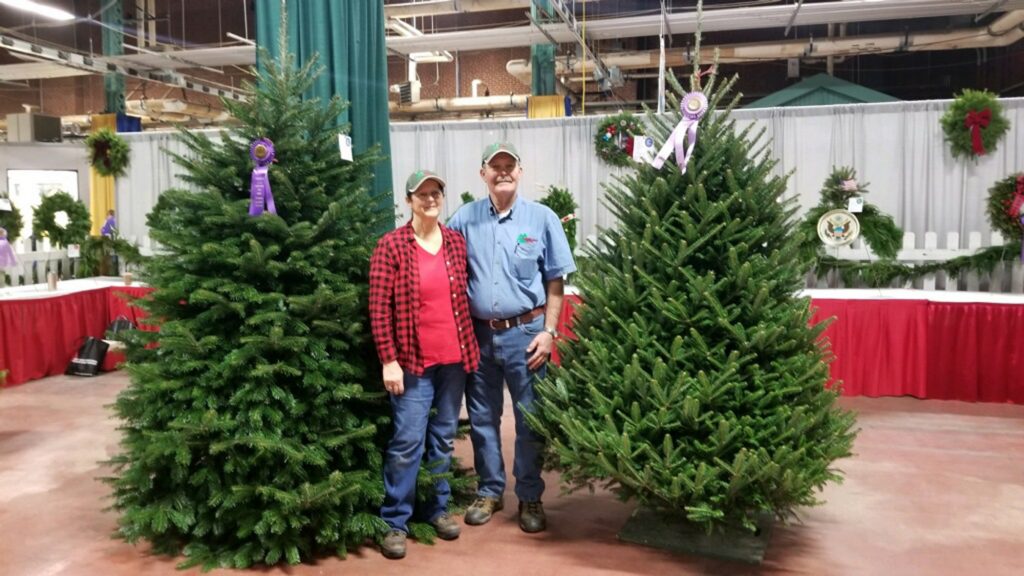 A Schuylkill County Christmas tree producer claimed not one, but two top honors at the 104th Pennsylvania Farm Show.

They also scored a double victory in 2015.

With the win, the couple is eligible to compete for the national championship in 2021, with the possibility to supply another Shealer Christmas tree to the White House.

“I’m pretty happy with it,” Paul Shealer said. “This is the only commodity at the farm show where the public picks the overall winner,” he said.

Judges initially pick the farm show winners in each of eight tree classes. Then, those first place class winners are all eligible for the grand and reserve champion titles, based on the largest number of votes from the public.

There were more than 2,000 public votes cast, Shealer said. The Nordmann fir received 667 votes; and the Fraser fir 439 votes.

Shealer entered eight trees total, one in every class. In addition to the Nordmann and Fraser, the Shealers earned another first place with a Canaan fir; and four, second places and one, fourth place with trees in other classes.

Shealer won the national competition in 2000, placing the official Christmas tree in the Clinton White House, and in 2008 had the reserve grand champion for nationals, placing that tree at Vice President Dick Cheney’s residence in Washington, D.C. One of Shealer’s Douglas firs placed third nationally in 2017.

Shealer brought four trees down to Harrisburg for the farm show in an enclosed box trailer last Thursday and four other trees down on Friday. That way, he didn’t have to stack them, he said.

He’s already had his eye on possible Douglas fir trees on his farm that he thinks may make nice trees for the national competition. “I have a field of Douglas fir that have good genetics. I tagged 12 trees, and they will be totally hand-groomed for the next two years,” Shealer said.