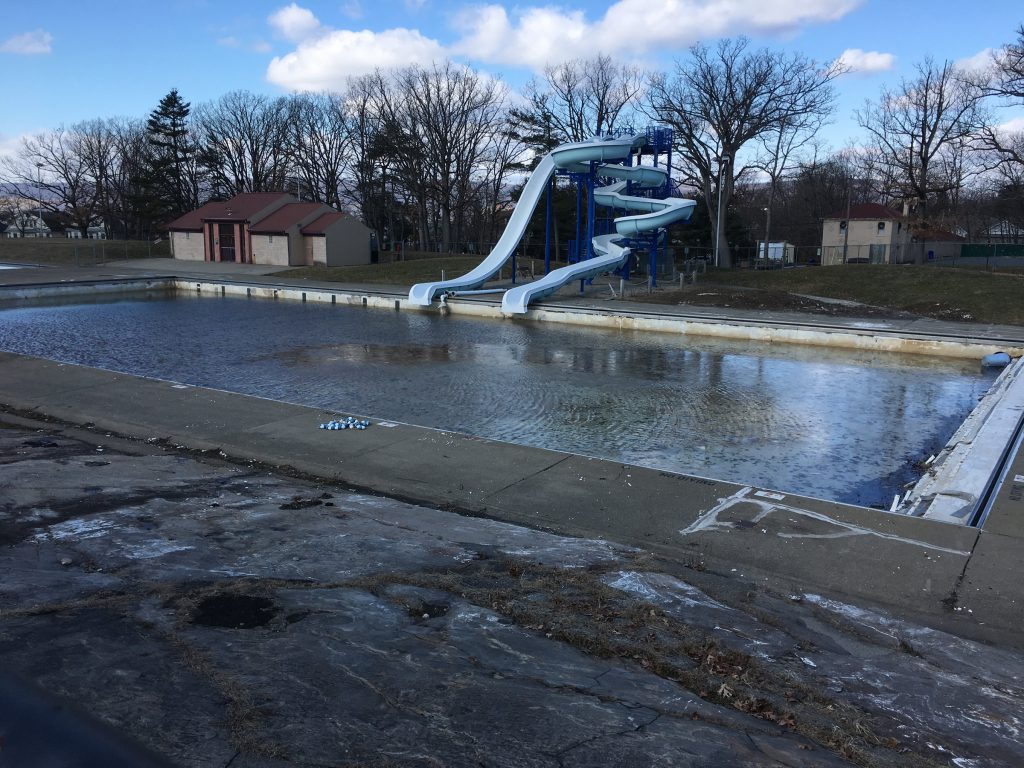 Nay Aug Park’s pool with the giant slides will get a new liner in time for summer swim season to start June 20, officials said.

The former 18-year-old pool liner leaked during the height of last summer’s swim season and ballooned up from the bottom in spots. After the swim season ended in August, the Scranton Municipal Recreation Authority had the leaky liner torn out and discarded.

The recreation authority now seeks proposals on installing a new liner. The deadline for proposals is March 5, when any submission received will be opened during the authority’s monthly meeting at 6 p.m. at the Everhart Museum, according to a public notice issued in the Feb. 16-17 editions of The Times-Tribune.

The pool also first will need some concrete repairs; proposals will soon be sought for that work, he said.

Former Mayor Wayne Evans and city council adopted a budget for 2020 that contains $250,000 for the pool project. The city earlier this month also received a $62,000 state casino gaming grant for refurbishing the pool. So, there should be enough funding on hand for the pool liner project, Gattens said.

It would take a firm about a month to obtain the liner material from overseas after ordering it, and installation of a liner would take about three weeks, Gattens said. 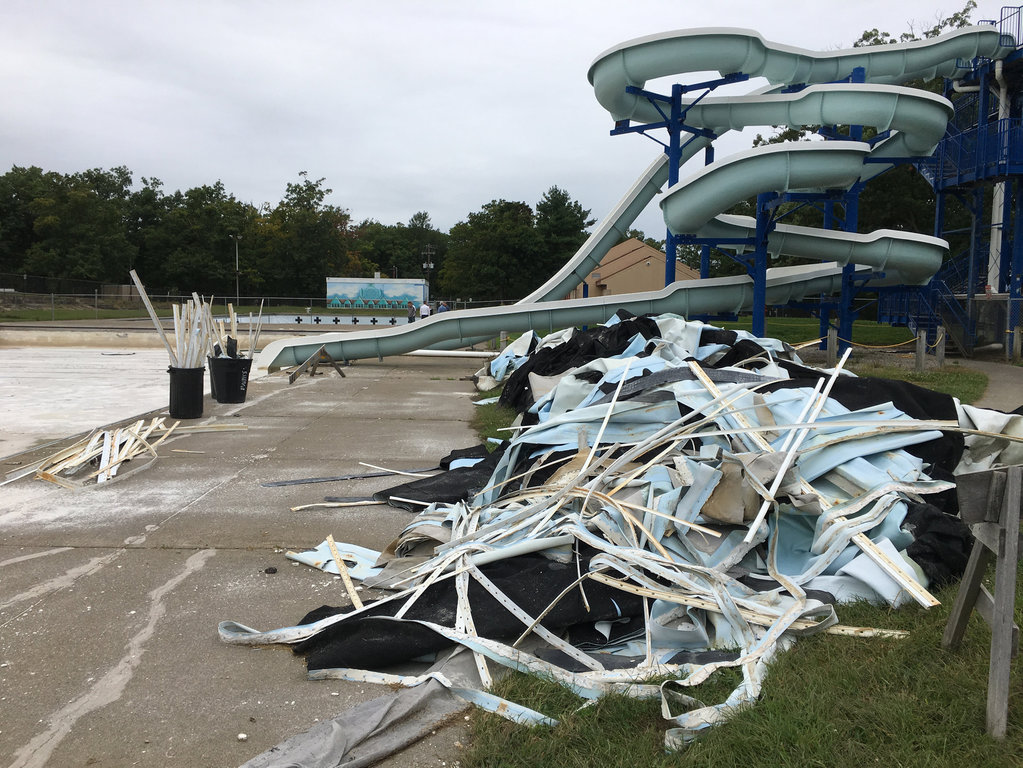 JIM LOCKWOOD / STAFF PHOTO
Scranton is looking to replace the liner of the pool at Nay Aug Park. This photo taken Sept. 13 shows the old liner piled in heaps next to slides.

The June 20 pool-opening date also is tentative and could move, depending on when enough lifeguards can start.

The pool complex at Nay Aug Park opened last summer with only one of its two pools operational.

The adult pool with a deep end and diving boards leaked so badly in 2018 — tens of thousands of gallons of water a day drained out — that the recreation authority fenced it off and kept it closed for 2019, and started looking at eventually filling it in and converting that space into a ground-level splash park.

The pool with the giant slides opened last summer as usual but limped through the latter half of the season after the liner leaked internally.

A liner failure of an Olympic-style shallow pool measuring 165 feet by 75 feet after nearly two decades was not unusual, Gattens said.

Meanwhile, in an unrelated recreation project, the city’s revamp of the Novembrino former pool site in West Scranton into a splash park is underway. Whether that project will get finished in time for use during the upcoming summer remains unclear.