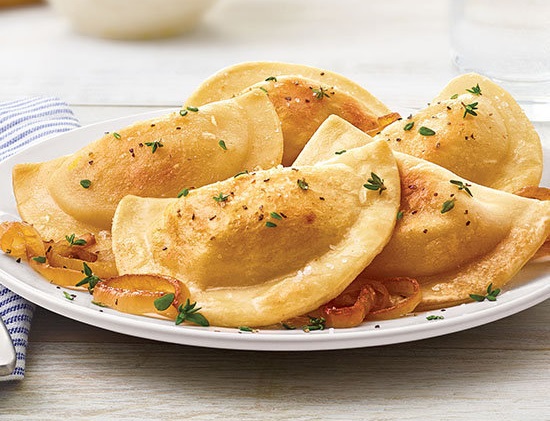 SHENANDOAH — Thursday marks the 12th annual National Pierogy Day, and with COVID-19 distancing protocols, Ateeco Inc., maker of the famous pasta pockets, can’t allow the celebratory raising of the official flag to be open to the public.

However, the compensation will be delicious.

Mrs. T’s Pierogies — the largest producer of frozen pierogies in the country — is giving away up to 120,000 of the pasta pockets. That is 10,000 pierogies for each anniversary year.

Pierogy fans on Thursday can visit MrsTsPierogies.com/National-Pierogy-Day to claim a coupon for a free box of one dozen Mrs. T’s Pierogies while supplies last.

They are also invited to keep a close eye on the official countdown clock and explore Mrs. T’s flavors and recipes for inspiration.

“It’s amazing to see how the celebration has grown over the past 12 years, and, this year, we wanted to do something extra special for pierogy lovers as well as those that haven’t ever had the chance to taste these delicious pasta pockets,” Ateeco President Thomas Twardzik said. “Whether you’re a new or lifelong fan, we couldn’t think of a better way to celebrate the occasion than with free pierogies.”

National Pierogy Day, which became official in 2008, recognizes the day in 1952 that founder Ted Twardzik Sr., the son of the real Mrs. T, made his first pierogy sale, which was at a local grocery store — the Capitol Food Market in Shenandoah. Since that sale 68 years ago, Mrs. T’s has become the No. 1 selling brand of frozen pierogies in the country.

Associates will start National Pierogy Day with the annual flag raising at the production facility in Shenandoah and another one at borough hall.

In the past year, Mrs. T’s made more than 554 million pierogies, which is enough to:

The offer for a free box begins at midnight Thursday and ends no later than 11:59:59 p.m. Thursday. Only one coupon per household is permitted.