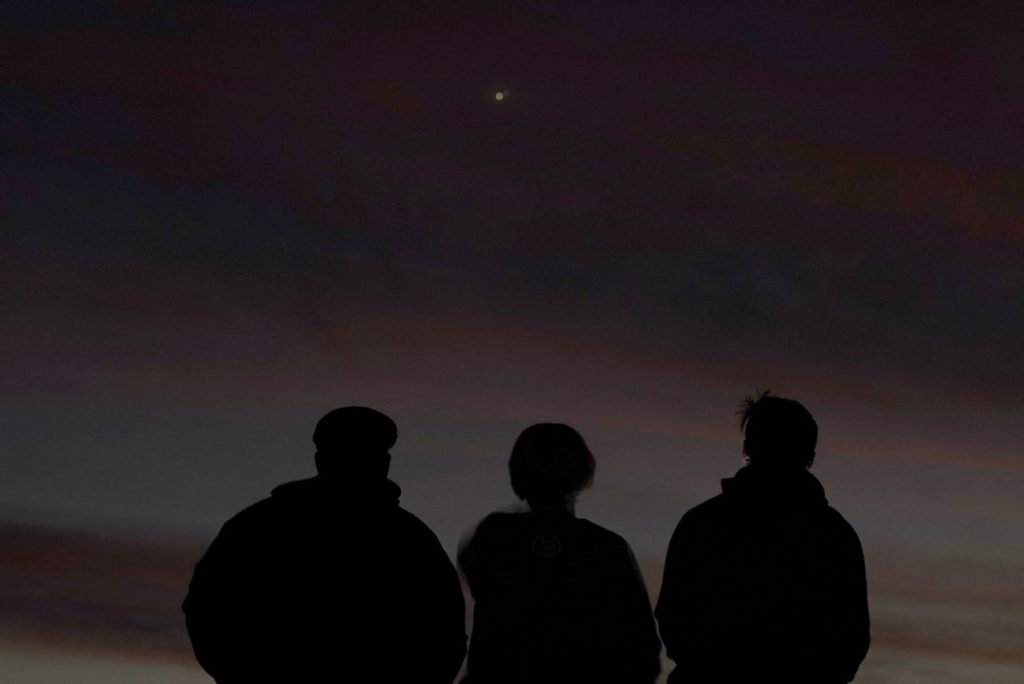 Miss the ‘Christmas Star’ last night? You still have time

Cloud cover may have blocked your view of the “Christmas Star” last night, when Saturn and Jupiter appeared at their closest, but there’s still a chance to witness nearly the same sight every evening this week.

The 2 planets – 2 of the brightest objects in the night sky – will be moving apart gradually, but for a few nights they won’t appear much farther apart than the less than 1 degree of separation they enjoyed last night.

When the 2 planets come together as closely as they did last night, astronomers call that the great conjunction. The media dubbed it the “Christmas Star.”

At that maximum conjunction, to the naked eye they may have looked like one extra-bright star. For someone with strong eyesight, or binoculars, spotting scope or telescope, they will remain 2 distinct objects, albeit very close.

They will appear about a fifth the diameter of a full moon apart.

“But we will have only a short window to observe them,” noted Walter Freeman, assistant teaching professor in the physics department at Syracuse University’s College of Arts and Sciences.

“This is because as we move in our orbit, the sun is closer to being lined up with these planets. On December 21, the sun will set around 4:30 p.m. After that, it is a race – the sky must get dark enough to see Jupiter and Saturn before they set as well, around 6:45 p.m.”

He explained, “In this planetary conjunction the Earth, Saturn and Jupiter will be very nearly aligned so that Jupiter and Saturn appear near each other in the sky. These events happen as often as they do because almost all of the objects in the solar system – the planets, the Sun and the Moon – orbit on the same plane.”

He explained, “In this planetary conjunction the Earth, Saturn and Jupiter will be very nearly aligned so that Jupiter and Saturn appear near each other in the sky. These events happen as often as they do because almost all of the objects in the solar system – the planets, the Sun and the Moon – orbit on the same plane.”

He recommends, “To see the conjunction most easily, find a spot with a clear view of the southwestern horizon, free of city lights. Jupiter and Saturn will likely stand out from the twilight glow starting around 5:00 or 5:15 p.m.” 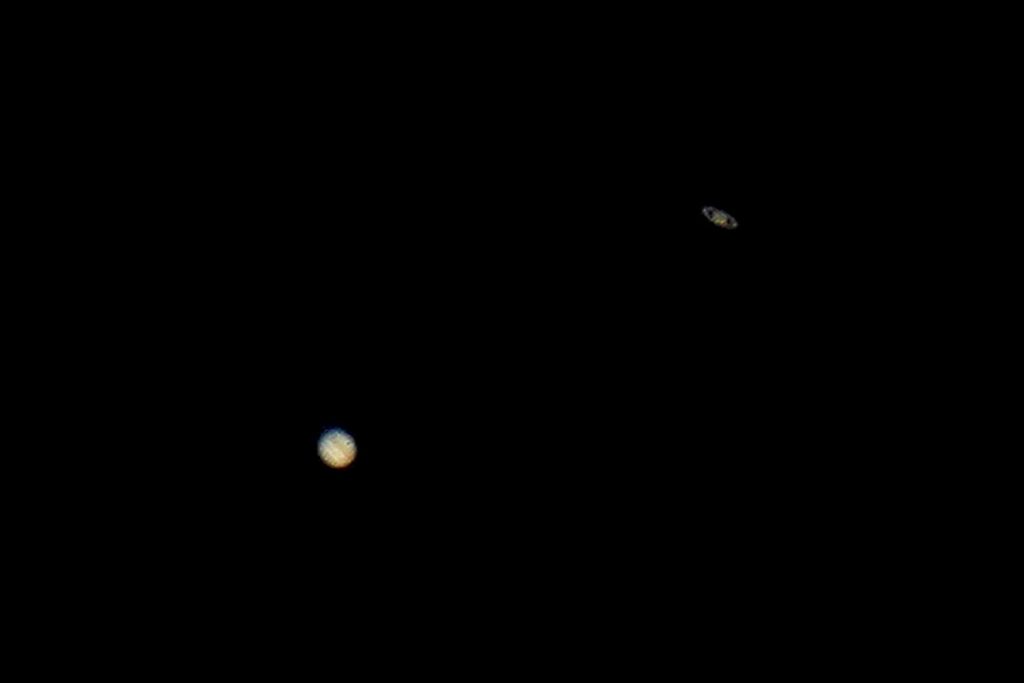 CHARLIE RIEDEL / ASSOCIATED PRESS
Saturn, top, and Jupiter, below, are seen in the sky, Monday, Dec. 21, 2020, above Edgerton, Kan. The two planets are in their closest observable alignment since 1226. Appearing a tenth of a degree apart, the alignment known as the “great conjunction” has also been called the “Christmas Star.”

Look for the 2 planets shortly after sunset beginning tonight and you will be able to track their nightly progress away from one another.

Saturn, which has a golden glow, is just to the east of Jupiter. Both planets shine steadily rather than twinkling like stars.

The 2 planets will remain relatively close right through Christmas on December 25, according to EarthSky.org.

Any apparent meeting of planets in the night-sky is known as a conjunction, but astronomers use the term great conjunction to describe a meeting of the 2 biggest planets in our solar system.

Jupiter is the brighter of the 2, about 12 times brighter than Saturn, which is no slouch and shines as brilliantly as the brightest star.

Jupiter is the fifth planet from the Sun and takes almost 12 years to complete its orbit. Saturn is the sixth planet out, the farthest planet we can easily see with the naked eye and makes an orbit of the Sun every 30 years of so.

The difference in their orbits leads to the 20-year cycle for great conjunctions.