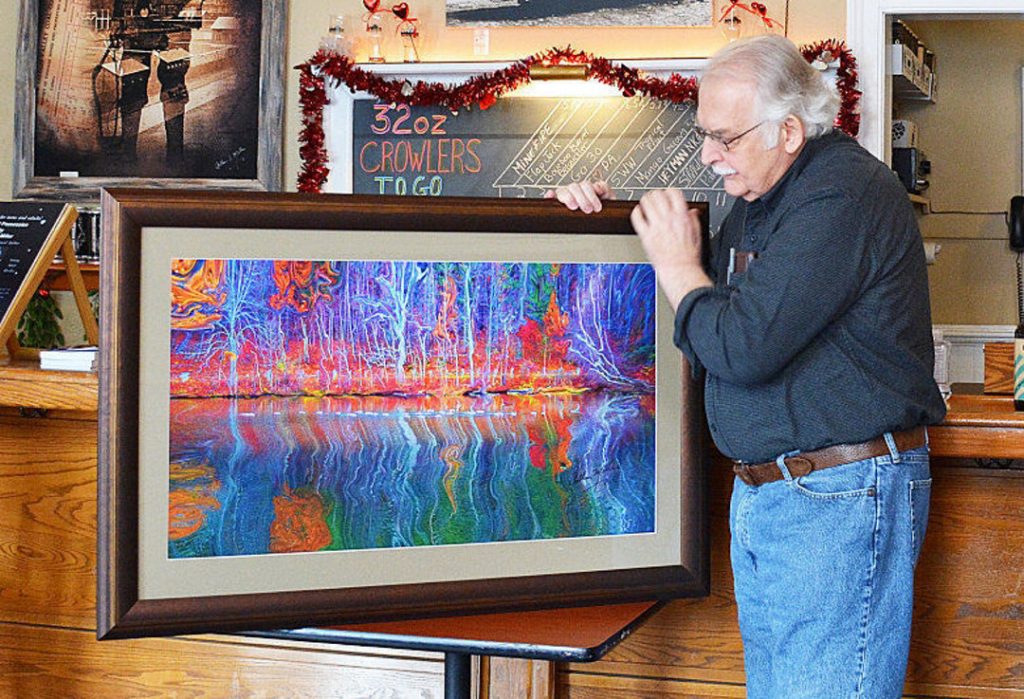 Local artist Arthur Miller was recently informed by Welmoed Laanstra, & Morgan Fox, curator and curatorial assistant respectively, of the U.S. Department of State, Art in Embassies program that his art work has been selected for display in Burkina Faso, Ouagadougou, West Africa at the official residence of United States Ambassador, Sandra E. Clark.Clark said she was interested in works that depict different scenes of landscapes in the United States and was drawn to Miller’s photography, in particular his semi impressionistic view of Frances Slocum State Park, Luzerne County, titled “Ducks In A Row.”

By creating cross cultural connections through visual art, the Art in Embassies program seeks to achieve a visual diplomacy between the United States and its host countries.

Miller is the son of an anthracite coal miner from Parsons. He has had a long and extensive art and photography career. A graduate of the U.S. Naval Schools of Photography, having served in Holy Loch, Scotland, he is the founder of the Photography Department at Luzerne County Community College, and has taught photography courses at Misercordia and Marywood universities.

Miller has served as photographic editor for the Wilkes University Quarterly Magazine, and the Geisinger Wyoming Valley Medical Centers Quarterly Magazine. He is a past president of the Wyoming Valley Art League of Northeastern Pennsylvania and has displayed his works in many exhibitions including the Salmagundi Club in New York City; Everhart Museum Scranton; F. M. Kirby Center, Wilkes-Barre, and the U.S. Naval Museum, Washington, D.C. Miller’s works are on permanent display at the Breaker Brewing Company, Wilkes Barre Twp., and Breaker Brewing Outpost, Archbald.

He lives in Wyoming with his wife, June.

Ambassador Clark is a career member of the Senior Foreign Service, class of Minister-Counselor. During her diplomatic and State Department career, she has held many positions including Director of the Office of West African Affairs, Economic Counselor at the United States Embassy in London, England, and Deputy Director in the Office of North Central European Affairs.