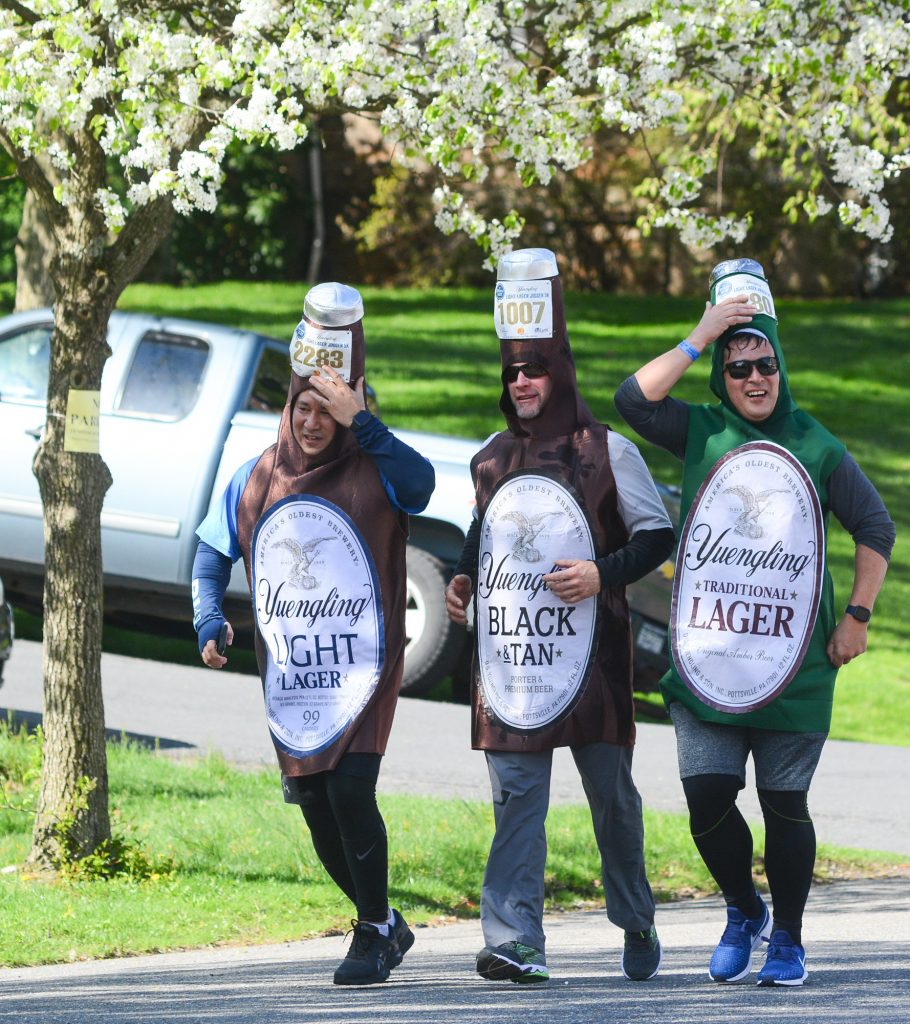 POTTSVILLE — The Light Lager Jogger 5K race is set to return this year.

Council members at Monday night’s meeting approved a special events application to CK Running of Collingswood, New Jersey, organizers of the yearly event, for it to take place Oct. 9.

The coronavirus pandemic forced organizers to make the eighth annual race last year a virtual one, with participants running on their own anytime between August and October and uploading their results to the race registration website.

The popular race has attracted nearly 3,000 participants who run or walk. They start and end in front of D.G. Yuengling & Son Inc. brewery at Seventh and Mahantongo streets, and the event includes an after party with live music, vendors and a beer garden.

Council members also voted to authorize City Administrator Thomas A. Palamar to solicit bids for a sidewalk replacement project on the Mauch Chunk Street bridge. It is part of a larger project funded by a Community Development Block Grant to replace sidewalks downtown, Mayor James T. Muldowney said after the meeting.

In other matters, council members took the following actions:

The mayor presented a key to the city to Pottsville Area High School track and field runner Payton Kleckner, who won gold in the high jump at the PIAA Class 3A Track and Field Championships in May.

Before the start of Monday’s meeting, Devine asked those in attendance to keep Monsignor Edward J. O’Connor, pastor emeritus of St. Patrick Roman Catholic Church, in their prayers.

O’Connor died Saturday morning before the start of a service at which he was to be one of the celebrants.