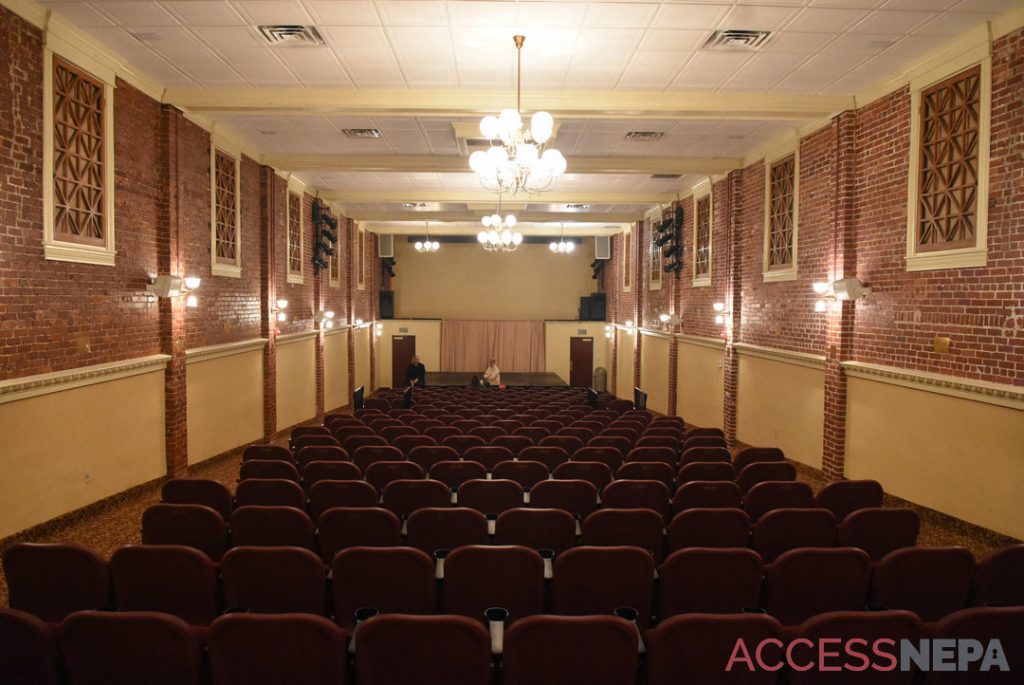 POTTSVILLE — The Majestic Theater will be screening a new horror film, “Samhain,” starring a cast of local actors and shot at locations around Schuylkill County.

The film follows a man named Justin Freed, who has a mental breakdown on Halloween and escapes from “Skook Asylum” — a nod to Schuylkill County — to track down and kill his daughter. Four video game nerds step in to try to save her.

Scotty McCoy, Ashland, the film’s writer, said the horror-comedy is set in Schuylkill County and contains various references that local viewers will understand.

“We wanted to make Schuylkill County into something,” McCoy said. “We wanted it to be something the county could be proud of.”

McCoy said scenes were filmed in locations around Centralia, Columbia County, Saint Clair, Frackville, Gordon and Mahanoy Plane Park, among other places . McCoy also said viewers should wait for the end credits to see one last Schuylkill County reference they should enjoy.

According to Lisa Gillespie, executive director of the Majestic Theater, confirmed appearances include McCoy, Harris, Skylar Turner and Krystle Kupusnick on Oct. 16, Harris and Kelly Gradwell on Oct. 17, Harris on Oct. 30 and Sawayer and Harris on Oct. 31.

Harris, who plays the film’s killer, will be in costume and available for photos at both of his appearances. Additionally, McCoy said he will sell T-shirts at the theater on Oct. 16.

McCoy said the actors are all local, mostly due to the film’s low budget. However, he said he wanted to achieve a similar effect as classic low-budget horror films, like “Halloween” and “Friday the 13th.”

“It was paid for with money from our own paychecks, and it’s our first film,” McCoy said. “But we wanted it to have that low-budget indie horror film vibe. We went the ‘80s campy route.”

Despite the budget constraints, McCoy said he thinks audiences will enjoy the movie.

“Come into it open-minded,” McCoy said. “Don’t expect a Hollywood film. It’s our first film, it’s low budget, but we had fun making it.”

Gillespie said COVID-19 guidelines will be in place, including a 40-person limit with open seats spread out inside the theater and a mask requirement. All tickets will be sold for $10 online or by calling the Majestic Theater, and tickets for all dates are still available.