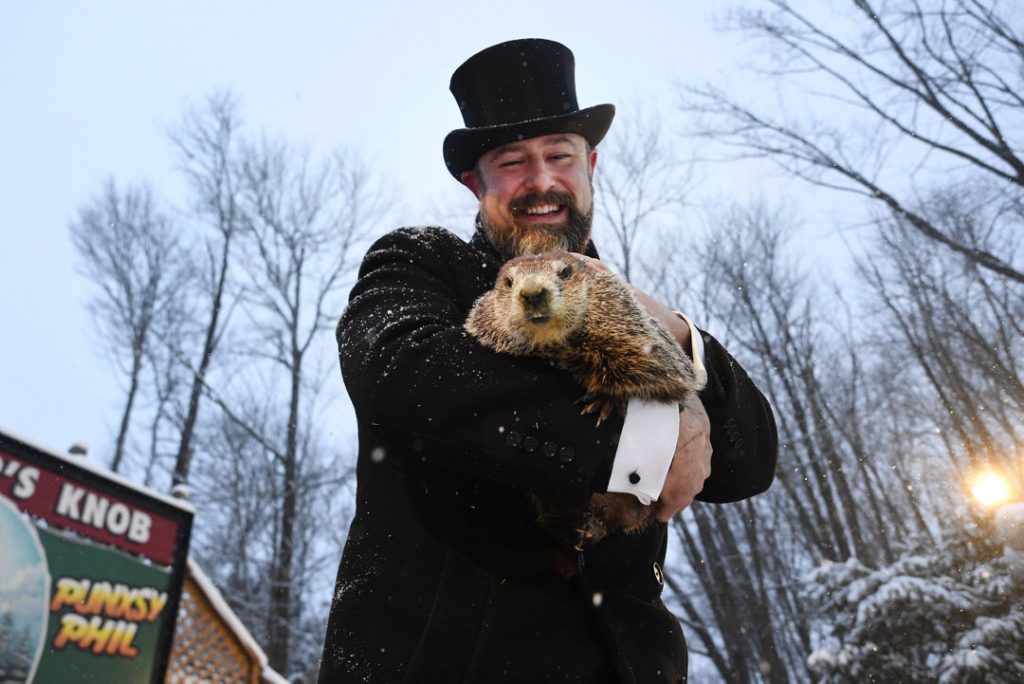 PUNXSUTAWNEY — There will be six more weeks of winter, Punxsutawney Phil predicted as he emerged from his burrow on a snowy Tuesday morning to perform his Groundhog Day duties.

Members of Phil’s “inner circle” woke up the furry critter at 7:25 a.m. at Gobbler’s Knob in Punxsutawney, Pennsylvania, to see whether he would see his shadow or not.

Shortly after this year’s prediction was revealed, one of the members of the inner circle shared a message he said Phil had told him earlier in the day: “After winter, you’re looking forward to one of the most beautiful and brightest springs you’ve ever seen.”

Another member of the “inner circle” noted the uniqueness of the past year.

“People have been referencing Groundhog Day. It has felt like at times we’re all living the same day over and over again,” one of the members said. “Groundhog Day also shows us that the monotony ends. The cycle will be broken.”

“Today actually is Groundhog Day, there’s only one,” he added. “There is quite literally a new day coming over the horizon.”

The spectacle that is Groundhog Day still went on, but because of the coronavirus pandemic, revelers weren’t able to see Phil and celebrate in person: This year, it was all virtual and included cardboard cutouts to represent spectators.

A livestream, which had more than 15,000 viewers at one point, played footage from previous Groundhog Day’s ahead of the big reveal.

Then of course, the prognosticator of prognosticators emerged at dawn. The lore goes that if he sees his shadow as he did this year, there will be six more weeks of winter. If he doesn’t, spring comes early.

A club member announced, “We have all passed through the darkness of night, but now see hope in morning’s bright light. But now when I turn to see, there’s a perfect shadow cast of me.”

The livestream from Gobbler’s Knob, a tiny hill just outside Punxsutawney about 65 miles (105 kilometers) northeast of Pittsburgh, is made possible by the Pennsylvania Tourism Office’s Holi-stay PA. The event there — always Feb. 2 — dates back to 1887.

Phil this year, like many years in the past, gave his forecast during a major snowstorm that hit the entire Northeast.

The annual event has its origin in a German legend about a furry rodent. Records dating to the late 1800s show Phil has predicted longer winters more than 100 times. The 2020 forecast called for an early spring — however, Phil didn’t say anything about a pandemic.

In its 135-year history, Phil has predicted winter 106 times and spring 20 times, the club said. Ten years were lost because no records were kept.

Punxsutawney Phil may be the most famous groundhog seer but he’s certainly not the only one. There are two other high-profile “imposters,” as the Punxsutawney Groundhog Club calls them, in the region. 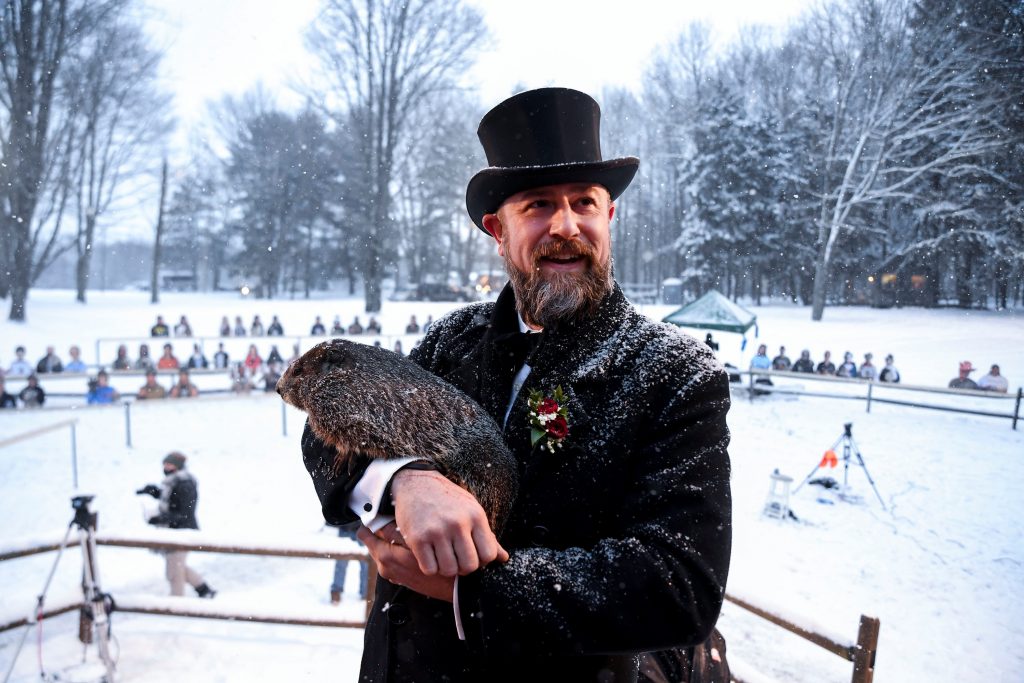 BARRY REEGER / ASSOCIATED PRESS
Groundhog Club handler A.J. Dereume holds Punxsutawney Phil, the weather prognosticating groundhog, during the 135th celebration of Groundhog Day on Gobbler’s Knob in Punxsutawney, Pa., Tuesday, Feb. 2, 2021. Phil’s handlers said that the groundhog has forecast six more weeks of winter weather during this year’s event that was held without anyone in attendance due to potential COVID-19 risks.

Connecticut marked Groundhog Day with a hedgehog making the prediction after the state’s official groundhog, Chuckles X, died last year. Like Phil, Phoebe predicted another six weeks of winter after seeing its shadow at the Lutz Children’s Museum in Manchester.

“We’re going to have an early spring! Spring is coming,” Brian Gomez, of event sponsor Investors Bank said in a video message.