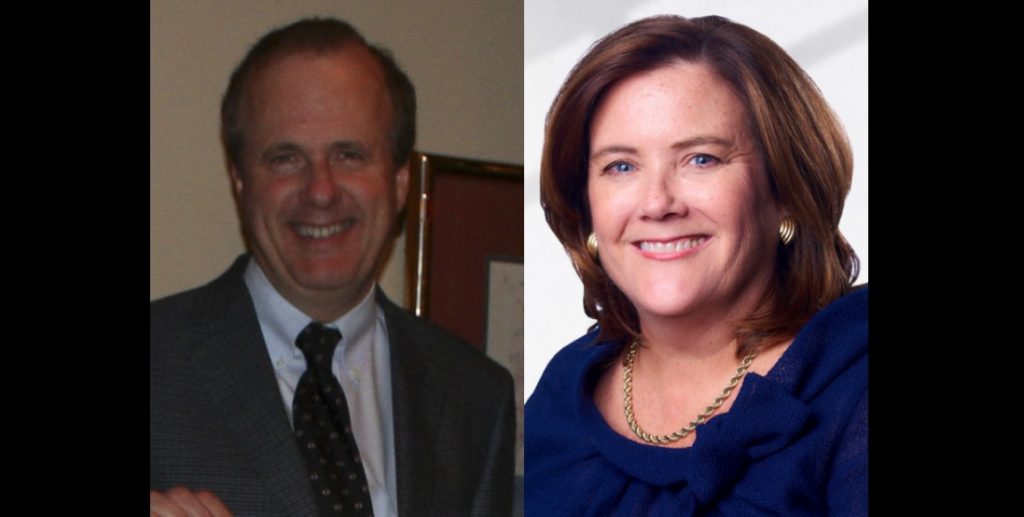 Scranton resident Virginia McGregor is the new chairwoman of the board of Geisinger Commonwealth School of Medicine.

McGregor, a resident of the city’s Green Ridge section, has served on the board of the Scranton medical college since 2012, including as vice chairwoman. She also chairs the Geisinger Family Committee and serves on the Patient Experience, Academic Affairs and Quality committees. She earned a bachelor’s degree in history from Holy Cross College, attended the Harvard Kennedy School of Government, Executive Education Program and serves on the board of her family’s business, McGregor Industries.

Geisinger announced her appointment alongside that of Jeff Jacobson, whom it named chairman of the Geisinger Affiliate Boards. Jacobson, who earned a bachelor’s degree from Lehigh University and and a master’s degree in business administration in finance from the University of Chicago, joined Geisinger’s board of directors in 2012 and serves on its Family and Audit and Compliance committees.. He owns and serves as president of Jacobson Hat Co. Inc., Scranton; Benay Hat Co., Newport News, Virginia; and Colombino Headwear, Passaic, New Jersey.

“For the past eight years, Geisinger has been fortunate to benefit from the leadership of such esteemed community members as Virginia McGregor and Jeffrey Jacobson,” Geisinger board chairman John Bravman, Ph.D., said in a statement “It is with great excitement that we look forward to how their leadership, guidance and commitment to community will usher the Geisinger Commonwealth School of Medicine and all Geisinger affiliates into a long and prosperous future.”

“Virginia McGregor and Jeffrey Jacobson share our passion for making care more accessible and more affordable for everyone who calls our region home,” Geisinger President and CEO Jaewon Ryu, M.D., J.D. said in an announcement. “There’s not a question in my mind that our communities will continue to benefit from their stewardship, especially in their new leadership roles.”