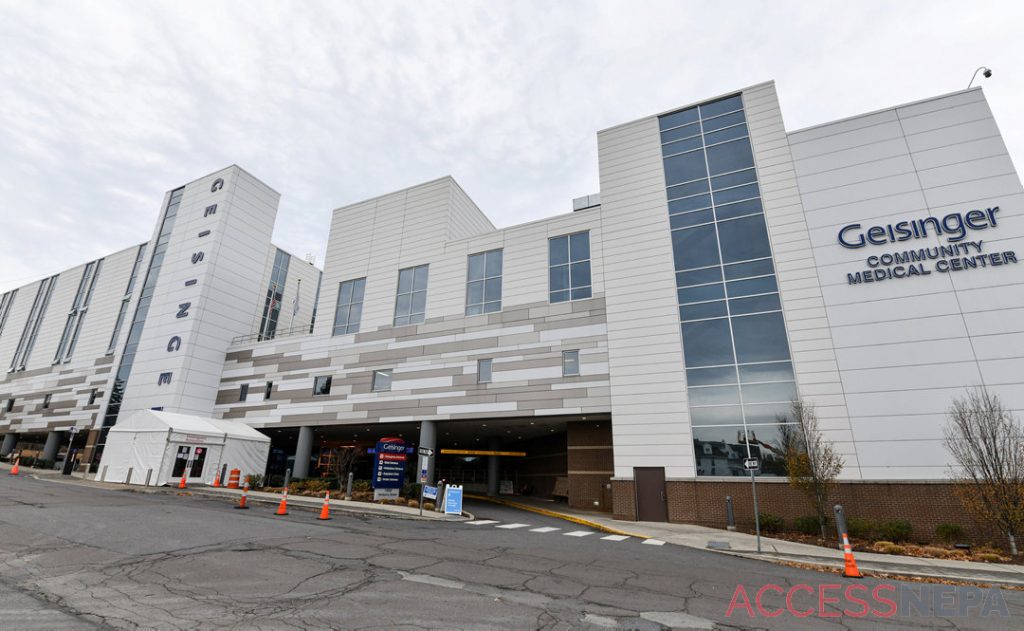 Geisinger documentary gives inside look at fight against coronavirus

A new Geisinger documentary gives an inside look at the fight against COVID-19 from perspectives of doctors, nurses and others in the health care system.

“The documentary captures the ingenuity of Geisinger’s last lines of defense as they cared for over 100 critically ill patients who were stricken with the raging, unpredictable disease,” Geisinger said in a statement.

Dr. Ujwal Ratna Tuladhar, associate hospitalist at Geisinger Community Medical Center in Scranton, told of the first COVID-19 patient there, who initially was not thought to have the virus. It took three tests before the diagnosis was confirmed. The patient ended up in ICU.

“Then after that, cases started coming in like — it just wouldn’t stop,” Tuladhar said.

“There was fear, there were tears, there was concern — and all extremely valid. I felt that along with them, because there was a lot of unknowns,” Cope said.

The pandemic’s toll on staff included daily fears and risks of potentially contracting the disease themselves and how that could impact their own families.

Directed and produced by Kristin Doran, the documentary was filmed over five days in May when Geisinger believed the pandemic’s spread was at its height with just over 130 patients with COVID-19 hospitalized across the system.

The documentary’s release comes as the health system now faces its most daunting challenge of the pandemic. The current surge has more than doubled the number of hospitalizations and ICU stays than in the spring, and Geisinger now has a new COVID-19 admission about every hour.

Since March 2020, nearly 1,700 people with COVID-19 have been hospitalized at Geisinger. Nearly a quarter required ICU care and half needed ventilators.

To watch the documentary, visit Geisinger.org/5DaysinMay.