A film about a legendary Hollywood player with Northeast Pennsylvania ties garnered 10 Oscar nominations this morning.

Herman Mankiewicz and his brother, fellow Hollywood icon Joseph, lived in Wilkes-Barre for part of their childhood while their dad, Franz, taught at what was then the Harry Hillman Academy (later Wilkes-Barre Day School, which merged with Wyoming Seminary in 1952) and was editor/manager of Demokratischer Waechter, the Wilkes-Barre German newspaper. The Mankiewiczes later returned to New York City when Franz took a new teaching job there. 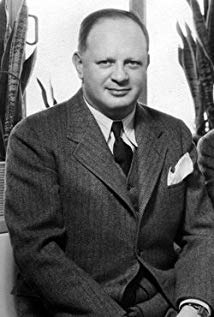 Herman Mankiewicz began writing for movies in the mid 1920s, starting with the Lon Chaney vehicle, “Road to Mandalay.” In 1940, Mankiewicz teamed up with Orson Wells on the film “Citizen Kane,” and that relationship — plus the fight over authorship of the screenplay — is the basis for “Mank” (the pair later shared the Academy Award for best original screenplay). Starring Gary Oldman as Mankiewicz and Tom Burke as Wells, “Mank” is now streaming on Netflix. Check out our Take 2 blog’s review of “Mank” here.

Herman Mankiewicz died March 6, 1953, from “heart trouble complicated by uremic poisoning,” according to the Los Angeles Times. His brother, Joseph, who also wrote and scored numerous films, survived him by nearly 40 years, dying Feb. 5, 1993, at 83.