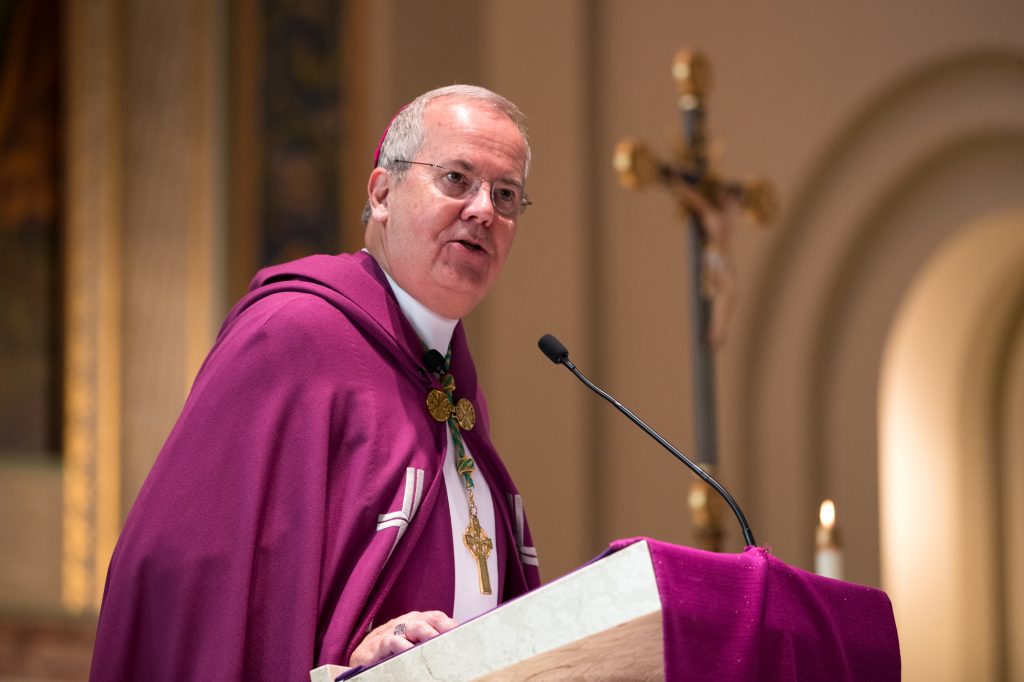 Attending Christmas Mass at St. Peter’s Cathedral is a mainstay for many, but this year the faithful will have to plan ahead.

To reduce crowd sizes and maintain social distancing during one of the busiest times of year for the Diocese of Scranton’s mother church, churchgoers are required to make reservations, with individuals or families limited to one Mass on either Christmas Eve or Christmas Day, spokesman Bill Manley said.

The cathedral began accepting reservations today at stpeterscathedral.org/christmas. The cutoff to reserve a spot at Mass is Dec. 22, or when a service reaches capacity, Manley said.

This year attendance is capped at 70 individuals or “family units,” Manley said, explaining family members who live together are able to sit in pews without social distancing. The cathedral has pews that can accommodate up to eight or nine individuals, so if a family of nine reserves a spot, it will count as one unit, Manley said. The cathedral can seat about 100 people with social distancing, he said.

Some Catholics only attend Mass on Easter and Christmas, and with all in-person Easter services canceled in April, they wanted to give people the chance to attend a Christmas Mass, Manley said.

“We just wanted to get to the point where we didn’t have people get shut out of the Mass, especially if they’re used to coming and worshiping with us as part of their Christmas tradition,” he said.

The 4 p.m. Christmas Eve Mass is the most popular throughout the diocese, so offering an additional service two hours earlier will give churches the opportunity to split attendance, he said.

“What we wanted to do was in any way possible help parishes alleviate the large number of people that would normally come,” Deabill said.

The diocese asked parishes to submit their Christmas service schedules ahead of time, and of those that have responded so far, the overwhelming majority are taking reservations, Deabill said.

The diocese encouraged parishes that aren’t using a reservation system to plan ahead for crowds, according to a news release Friday.

The coronavirus has left many isolated, lonely and sickened, but Christmas is a time of hope, the Most Rev. Joseph C. Bambera, bishop of Scranton, said in a statement.

“We are reminded that God gives us hope because he sent his son, Jesus, into our midst,” Bambera said. “We all need hope right now, and Jesus Christ and his birth in Bethlehem gives us that hope.”

Anyone planning to attend holiday Masses will be required to wear masks and social distance, according to the diocese.