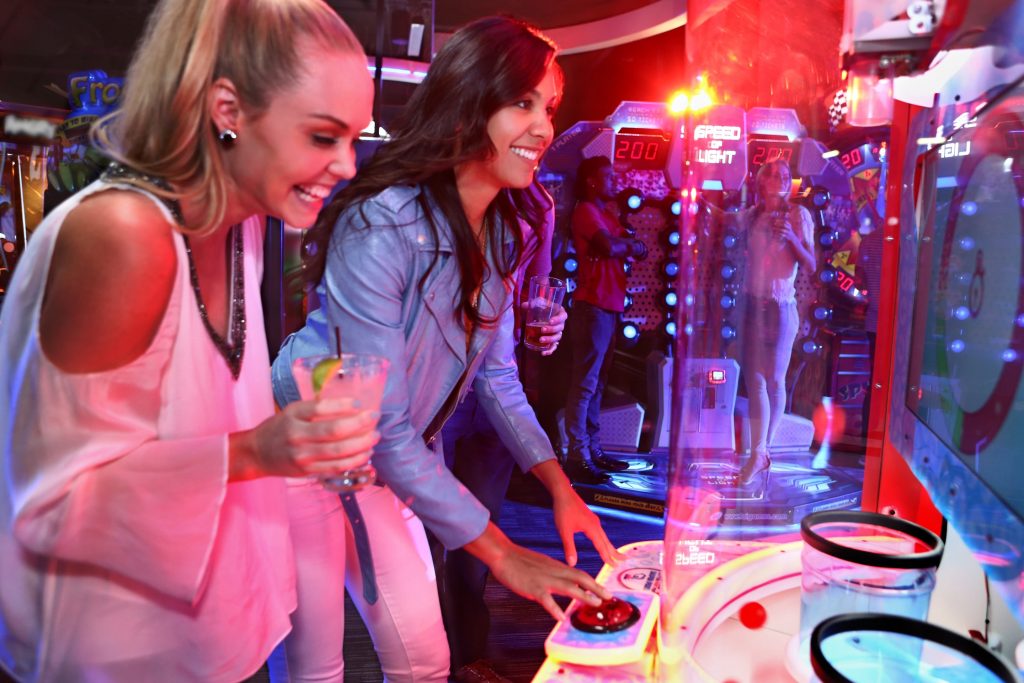 Nationally famous Dave & Buster’s plans to open at the Shoppes at Montage.

In an application for a Moosic borough zoning variance, the renowned arcade, sports bar and restaurant chain displayed plans to set up shop in a building next to Harvest Seasonal Grill & Wine Bar.

The application includes a mechanical drawing of what the restaurant’s front will look like.

The borough zoning board of adjustments granted two setback variances at a meeting Tuesday.

Zoning board chairman Pete Kanton confirmed the plans center on Dave & Buster’s. He said a project engineer told the zoning board construction is expected to begin in the spring. The plans show a 19,014-square-foot building.

Dave & Buster’s opened its first venue in December 1982 in Dallas, Texas, and has grown to more than 110 in the United States and Puerto Rico, according to its website. The chain has six arcade/bar/restaurants in Pennsylvania — two near Pittsburgh, one in Philadelphia, two in the Philadelphia suburbs and one in Camp Hill, outside Harrisburg, according to the website.