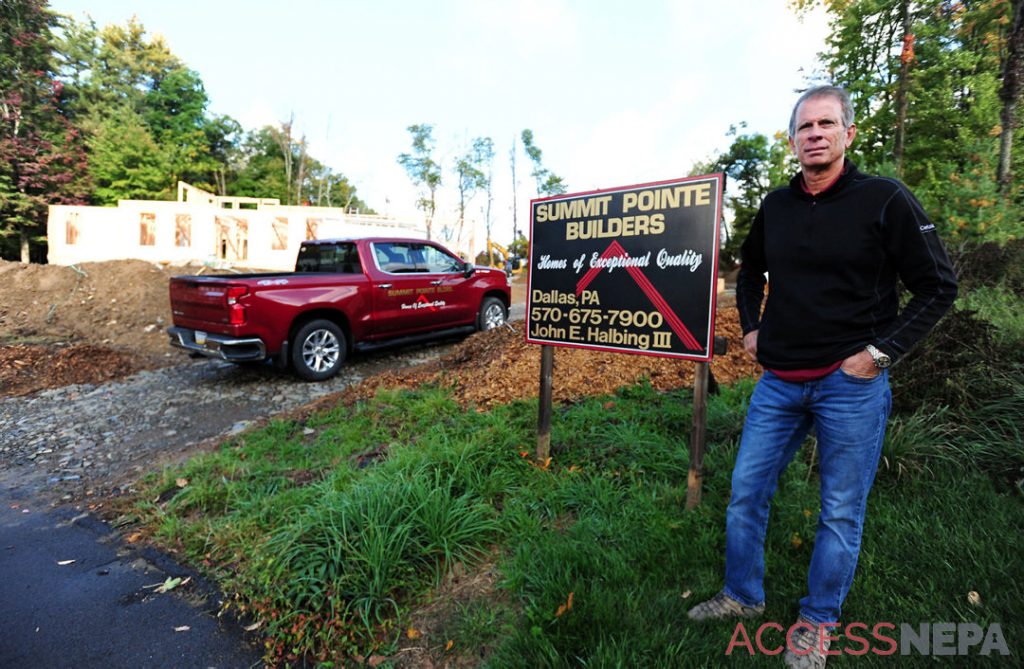 Construction of new homes on the rise

John Halbing has been busier than ever building homes.

Halbing, president of Summit Pointe Builders in Dallas, said he has nine projects in the works and has committed to building about 15 more homes.

“It’s insane right now. In 35 years, I’ve never seen it quite this busy,” he said. “I’ve had to turn a lot of work away just because we can only do so much. We probably turned a couple million dollars of work away.”

His wife Rebecca is a realtor and she also has been busy selling homes. Some homes that were up for sale for years suddenly sold and many home buyers came from other areas, he said.

Halbing said some clients looking for new homes are coming from larger metropolitan areas and they are trying to get out of densely populated areas amid the COVID-19 pandemic.

People are moving out of areas where there is “craziness going on, not only with COVID, but with crime or with politicians who don’t have stuff under control,” he said.

The rising amount of new homes under construction amid the COVID-19 pandemic is a trend playing out throughout Northeast Pennsylvania and other areas of the U.S.

Construction of new homes is on the rise as buyers look to move out of densely populated cities into places with more spaced-out living arrangements, according to a report from Porch, a website that connects homeowners with home improvement contractors.

Nearly one-third of Americans are considering moving to a less densely populated area because of coronavirus, a Harris Poll survey found.

Building permit data from the U.S. Census Bureau showed that investment in single-family homes previously had been on the decline nationwide but the pandemic has been reversing that trend.

Prior to the pandemic, the Scranton/Wilkes-Barre area has prioritized investment in single-family home construction more than other cities.

According to the Porch report, 85% of new housing units constructed in the Scranton/Wilkes-Barre area in 2019 were single-family homes, far above the national average of 62%.

New home construction activity surged in July. Housing starts that month were up more than 22% from June and builders were constructing houses at the fastest rate since February, according to a recent report from the U.S. Departments of Commerce and Housing and Urban Development.

Single-family home sales were higher in July than they were in July 2019, according to the National Association of Realtors.

Housing starts and permits slipped in August, led by a slowdown in construction of multi-family units, but single-family home construction has continued to grow. 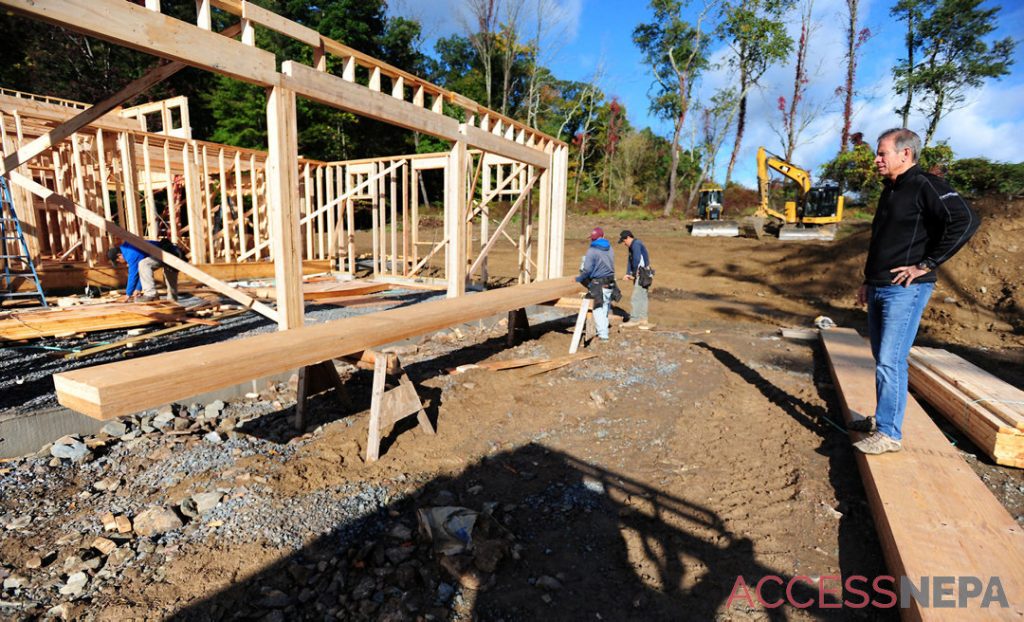 MARK MORAN / STAFF PHOTOGRAPHER
John Halbing III, president of Summit Pointe Builders in Dallas, watches a home under construction in his Stone Bridge development in Kingston Twp. Halbing said he has nine projects in the works and has committed to building about 15 more homes.

Dave Balent, owner of Balent Construction in Exeter and past president of the Home Builders Association of Northeastern Pennsylvania, said with the high demand for homes, he is considering building homes to sell on about seven acres of land he owns in Exeter.

“I definitely want to improve the town I live in and there is the opportunity to make money,” Balent said. “Why not capitalize on the demand?”

At the same time that buyer demand and construction of new homes have increased, Halbing and Balent said they have been struggling with a lack of materials and rising prices as the pandemic disrupted manufacturing.

Halbing said the high demand is outpacing supply and some mills have shut down or don’t have all their workers but he believes some of the rising prices are the result of price gouging.

“The price of lumber has really escalated,” Halbing said. “Treated lumber is in short supply.”

Balent said a 2-by-4-inch piece of lumber that formerly cost $3 has doubled in price to about $6.

In addition to rising prices and a shortage of materials, he said he also is dealing with another challenge. He is looking to hire more people to help out with construction at starting wages of about $17 an hour but he is struggling to find qualified workers. When doing “prevailing wage” work, they could make $30 to $50 an hour.

“They say the economy is terrible and nobody is working and yet, there are help wanted signs everywhere,” Balent said. “You can’t get anybody to work.”