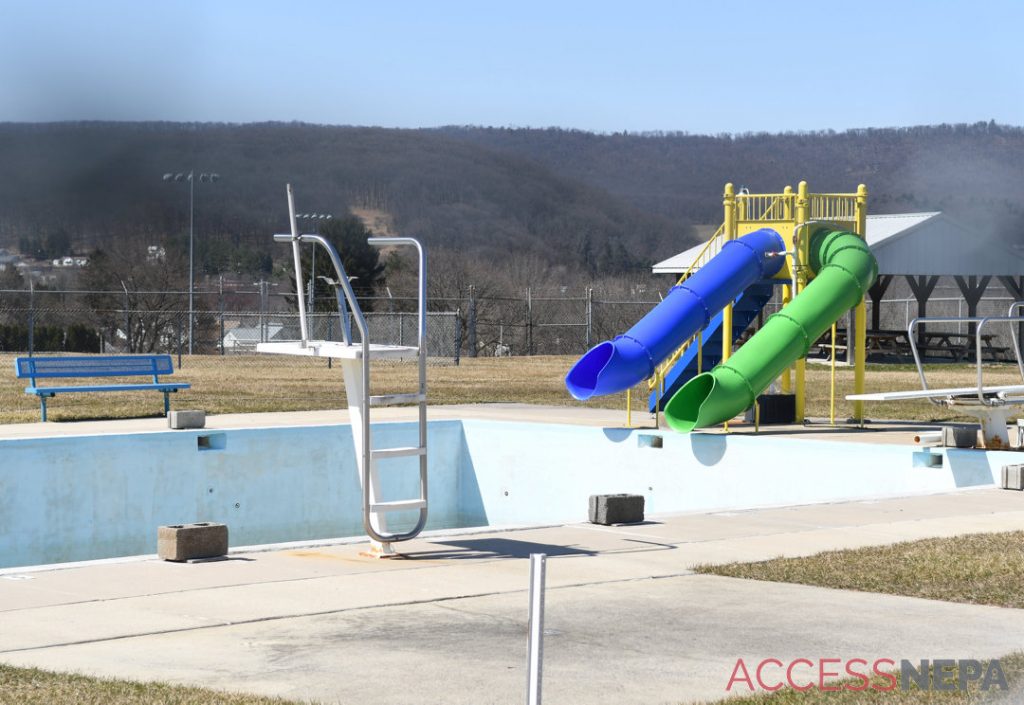 Borough to open pool for season — with guidelines

“But we feel we could ease up on (them) a little bit,” White said. “Obviously, we would keep an eye on things as far as capacity limits and any recommendations the CDC puts out between now and then.”

Along those lines, he recommended not renting the pavilion this year.

“It encourages gatherings of 25 or more at one time,” he said.

The pool, which is operated by the recreation commission, will need to be painted and a few small repairs made.

The borough has already bought the paint and all materials.

Borough officials asked that the pool be open on Memorial Day. White said it is typically open from the first weekend in June until the second weekend in August.

Council President Mike Pascuzzo asked about the possibility of opening on weekends only.

White said he would have to reach out to staff members to see if they would be available for an earlier start.

“Staff is not used to making arrangements to be available that early,” he said, “Obviously, graduation night plays into that. That has an effect on a large number of staff.”