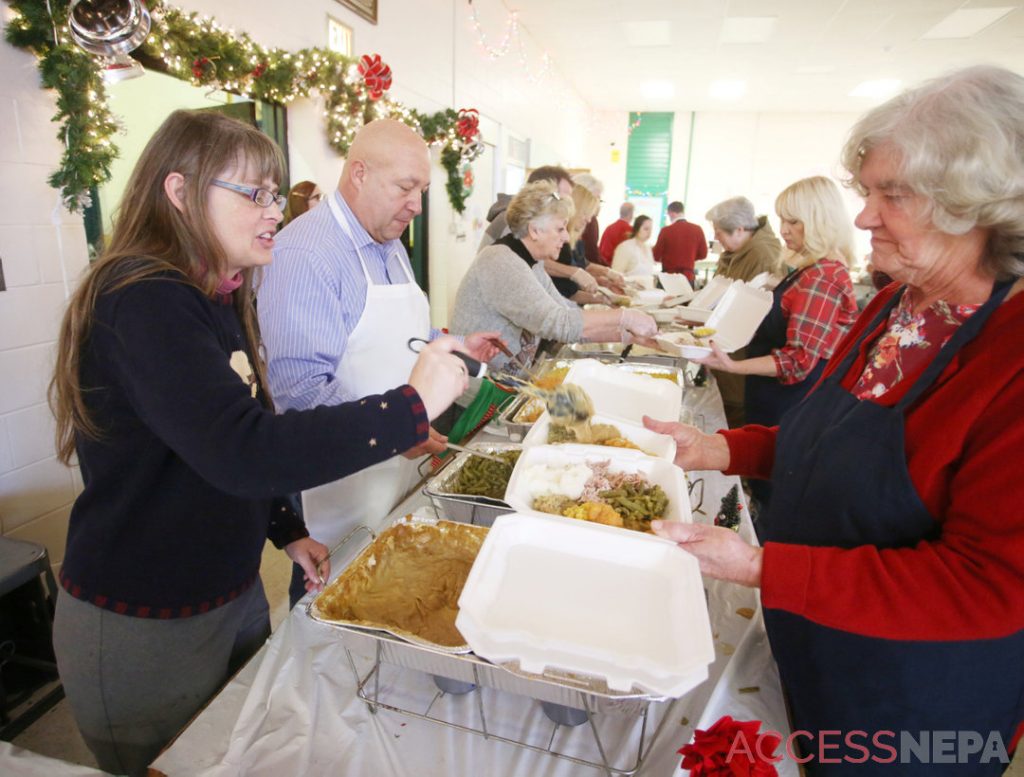 Businessman Bob Bolus’ annual Christmas dinner will continue this year at a new Scranton venue in a takeout and delivery format after coronavirus concerns prompted a change of plans.

For the past several years, Bolus and his volunteers have used a kitchen at All Saints Academy — a Diocese of Scranton elementary school adjacent to St. Patrick’s Church on Jackson Street — to prepare the holiday meal they served in the school’s cafeteria. Bolus, who already planned to limit the 27th dinner to takeout and delivery amid the pandemic, said he learned in recent weeks he would not be able to use the kitchen to prepare food due to COVID-19 concerns.

The Rev. Richard Fox, pastor of St. Patrick’s Parish, said Monday he alerted Bolus months ago that, based on alarming pandemic trends and rising virus cases, the kitchen and cafeteria would not be available to prepare or host the meal. Fox also suggested alternate venues, he said.

“If anybody in that building gets sick, I would have the guiltiest conscience ever, because I would have allowed it to happen,” Fox said.

Bolus expressed frustration over the decision but confirmed he’ll instead offer takeout meals from Holy Cross Hall on Christmas Day. Bolus bought the hall and the adjacent Holy Cross Church at Fifth Avenue and Broadway from the diocese in 2009.

To keep the tradition alive and people fed, Bolus said he’ll pick up about 70 to 80 precooked turkeys this week and use a four-burner stove at the hall to prepare mashed potatoes, stuffing and vegetables. Several area fire companies have offered to help prepare the sides at their own facilities, he said.

Bolus and his volunteers will begin distributing the takeout dinners at Holy Cross Hall at noon on Friday. They hope to serve thousands of residents. “They can pull right up on the street right in front of the hall and people will see that they get a meal,” Bolus said.

Volunteers will deliver meals, two per family, to residents. Those requesting a delivered dinner should call Bolus’ office at 570-346-7659 and leave their name, address and phone number.

“We’ll do the best we can to see that we take care of as many people as possible,” Bolus said.

Fox was happy to hear the dinner will continue at Bolus’ venue, calling the annual meal “a wonderful thing.”