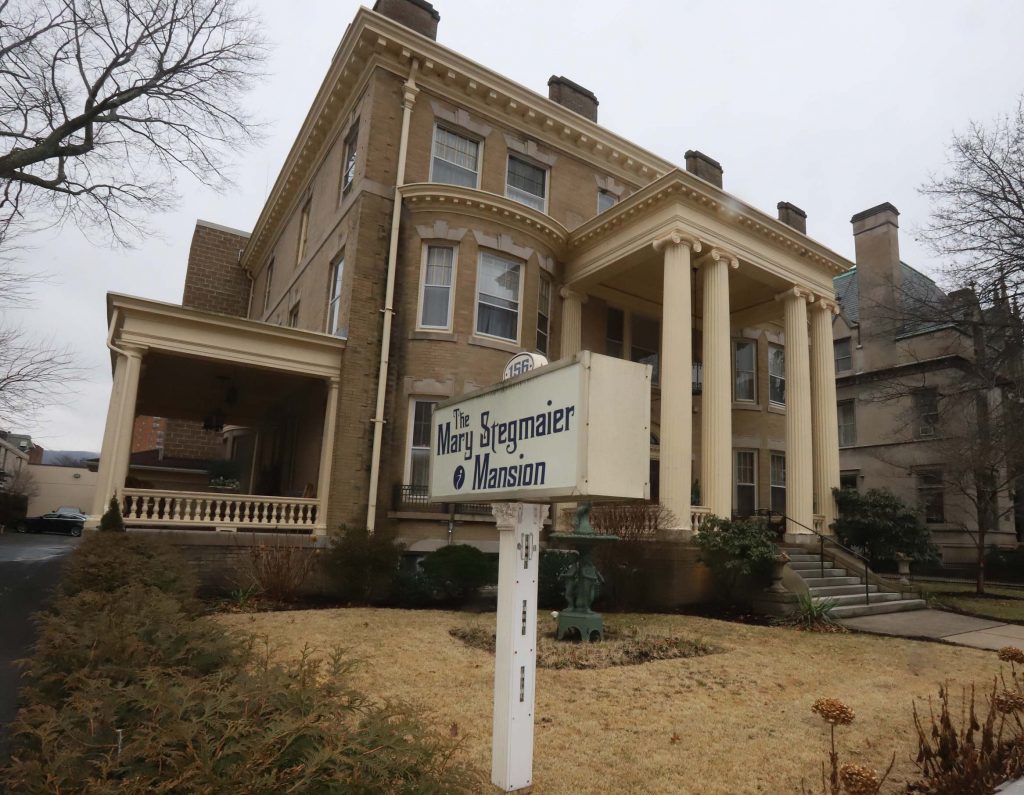 Bistro to open in Wilkes-Barre mansion

The new Gold Medal Bistro will open in the historic Mary Stegmaier Mansion in downtown Wilkes-Barre for Valentine’s weekend and it will feature a popular chef.

David Ciminelli, the former chef and owner of the popular AuRants in Duryea that closed in 2017, will be the new bistro’s “chef de cuisine.”

Ciminelli said he closed AuRants after eight years in business when it became too much for him and he was running the restaurant by himself. He is looking forward to working at the new Gold Medal Bistro.

“I think it’s going to be awesome. I’m very proud to work here,” Ciminelli said. “I wanted to simplify my life and get back into my craft.”

Joseph Matteo, owner of the Mary Stegmaier Mansion at 156 S. Franklin St. who restored it to its former opulence, said he is thrilled that Ciminelli can once again offer his craft and talents in his new home in the Wyoming Valley.

The new bistro will open Thursday, Feb. 13; Friday, Feb. 14 and Feb. 15 from 5:30 to 9:30 p.m. each night. A soft opening will be held in March. By the end of March or early April, Matteo said the bistro will be open on a weekly basis on Wednesdays, Thursdays and Fridays.

The bistro is named after Stegmaier Gold Medal beer, which will be featured at the mansion.

“I really like the idea of the Gold Medal Bistro because that incorporates the Stegmaier beer theme into the whole thing and the Stegmaier mansion,” Matteo said.

An announcement on the Mary Stegmaier Mansion’s Facebook page about the Gold Medal Bistro encourages people not to miss the opportunity “to be among the first to celebrate Valentine’s Day in style with first class cuisine, historic ambiance and an extra helping of romance.” The Facebook post also includes the menu and that there will be a cash bar.

Matteo bought the historic Mary Stegmaier Mansion in 2014 and spent two and a half years renovating it. Weddings, showers, banquets and private parties are now held at the mansion, typically on the weekends.

He thought the bistro would be a good addition to the mansion during the week after many people asked when he is going to open a restaurant.

“We’re trying to keep the public happy. A building like this should be shared by everybody, not just kept private that you only come if you’re invited to a wedding or a party,” Matteo said. “This gives everyone in the Wyoming Valley the opportunity to experience it.”

Matteo has owned the historic Frederick Stegmaier Mansion at 304 S. Franklin St. in downtown Wilkes-Barre since 2001. He offers parties, banquets and overnight accommodations, as well as tours.

On Thursday, he booked bus tours coming in from New Jersey and New York and he said the mansions have been drawing visitors from all over. Former U.S. President Jimmy Carter has been to both mansions.

A Valentine’s Day Chocolate Lovers’ Tea will be held at the Frederick Stegmaier Mansion on Saturday, Feb. 8 and Sunday, Feb. 9 at 2 p.m.

For reservations for the new Gold Medal Bistro or the Chocolate Lovers’ Tea, call Maureen at 570-332-4250.