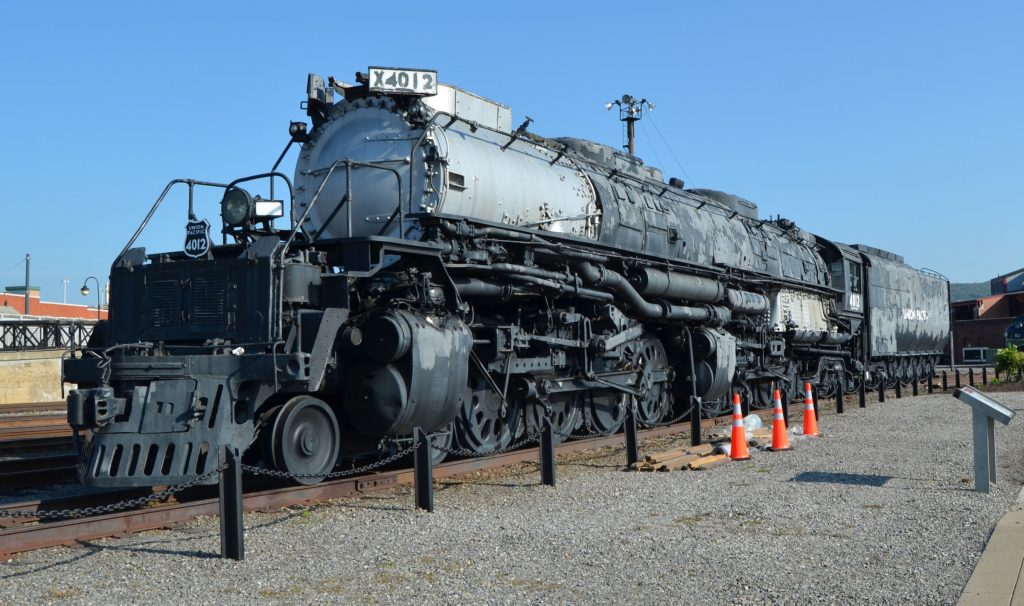 “We aren’t in a spot yet to say when it will be finished, so we don’t know if it will be done for Railfest or not,” Steamtown Superintendent Cherie Shepherd said.

Five months after Steamtown removed its Union Pacific Railroad No. 4012 steam locomotive from public view for a cosmetic restoration and painting, substantial progress has been made.

The historic site posted an update on its website and social media last month with photos of the locomotive waiting its turn in the sandblasting room and its tender receiving a primer coat of paint.

That came after the contractor removed the asbestos from both pieces and did some relatively minor repairs.

“There wasn’t a whole lot of repair that we needed to do — just a few things,” Shepherd said. “It’s mostly removing the old paint and putting a nice new paint job on it.”

Historic site officials believe No. 4012 was last painted not long after it arrived in Scranton from Bellow Falls, Vermont, with the rest of the original Steamtown collection in the 1980s, although it is not clear how much care was taken to do it correctly, she said.

This restoration will take the locomotive and tender down to the bare metal before they are repainted and relettered to historically accurate specifications.

“It will look just like it did when it came out of the factory,” Shepherd said.

The only locomotive of its kind in the eastern United States, the Big Boy has long been one of Steamtown’s most popular attractions.

American Locomotive Co. in Schenectady, New York, built and delivered 25 of the mammoth engines to Union Pacific between 1941 and 1944.

Only eight survive, including No. 4014, which Union Pacific reacquired and restored to full operating condition for last year’s commemoration of the 150th anniversary of the first continental railroad.

As much as railfans might like to see the same thing happen to No. 4012, it will never be operational again, Shepherd said.

Aside from what would likely be the prohibitive cost of a full restoration, the rails in the East could not handle the Big Boy, she said.

The engine is too heavy, curves on Eastern tracks are too tight and Eastern tunnels and overpasses are too low for a big locomotive that was made for wide open spaces.

Steamtown officials announced in December that Railfest, which has been held on Labor Day weekend since its inception, would take place in mid-June this year.

If Steamtown can have the Big Boy ready for Railfest, it will, Shepherd said. However, she’s also aware that you never know what you might encounter on a project of this type.

“My priority is to do it correctly,” she said. “I want it done correctly so it lasts a long time.”

She promised the public will receive advance notice before Steamtown puts the locomotive back on display.

Shepherd also has no doubt about the ultimate outcome.

“It will look great when it’s done,” she said.