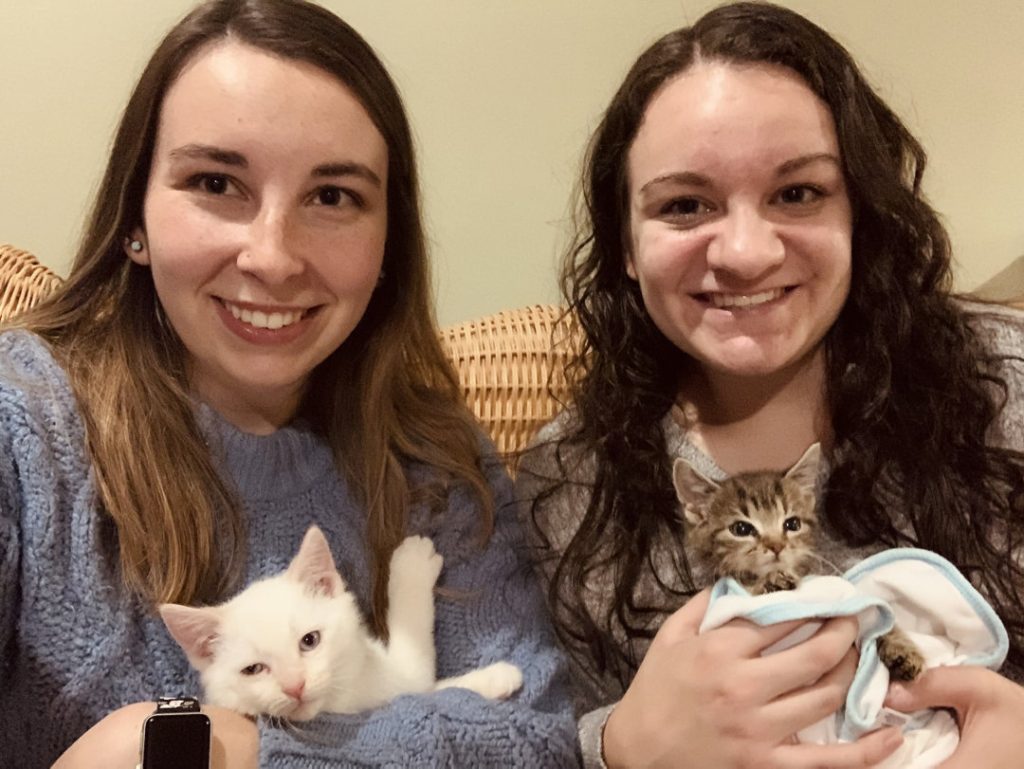 Animal lovers get financial boost to help cats in Jessup

Nicole Kobylanski and Katrina Coviello from NEPA Pet Fund and Rescue have spent months trapping, neutering and returning cats throughout the area, mainly in Jessup. The process is commonly called TNR.

After using their own funds and donations from the community, they decided to reach out to the Jessup officials for financial support to help the growing population of feral and stray cats.

When Kobylanski and Coviello saw that the NEPA Pet Fund and Rescue nonprofit organization needed help with a pasta dinner last year, they got involved. Little did they know that the group, which was started in 2013 by Shannon Ceccoli, would have such an impact on their lives.

“We did the pet expo with them and then we were going to all of their fundraising events, and just got to know Shannon and some of the people in the rescue through doing that,” said Coviello, a recent University of Scranton.

Along with helping at fundraisers, Kobylanski and Covielloe eventually found their true passion: TNR.

When large colonies of stray or feral cats exist, they can breed uncontrollably, further increasing the population. They also risk being poisoned or hurt, freezing and starving to death, or could be hit by cars. TNR helps stop the flood of unwanted kittens.

“It’s a people problem. People have created the homeless cat population, and only people can fix it. It’s truly a tragedy everywhere that needs an evidence-based, humane and effective solution,” said Kobylanski, a graduate student at Marywood University.

Kobylanski and Coviello have a basic strategy when it comes to doing their TNR system. First, they find out where the colony of cats are fed and try to figure out their patterns. Coviello will even interview residents about the cats’ habits.

The secret to their success? A trail of sardines leading into their humane traps.

When the cat enters the trap, it activates, closing them in. They then cover the trap with a towel or a blanket to reduce the stress on the cat. Finally, they take the cat to get spayed or neutered, then return them back into their colony.

There are several human caretakers for each colony who provide food, water and outdoor shelters. Kittens that are found in the colonies are usually adopted.

The two set a goal to TNR two to three cats a week when they first started with NEPA Pet Fund and Rescue. However, as the stray cat problem rises in the area, the demand continues to go up.

Right now, they help on a weekly basis as much as they can. They started in Jessup first, and with the help of funding from the local community, made great progress. Then, they had the idea of getting the borough involved.

With Ceccoli’s guidance, Kobylanski and Coviello prepared information on TNR, including the process and the cost, as well as information about the program’s initial success in Jessup. The group had provided this service for 20 cats in the borough already, so they had ample experience.

The pair first presented their information to the council in August and also submitted a petition with more than 100 signatures a few weeks later to prove that residents were interested in the project. They continued to attend meetings to answer questions and keep everyone updated.

They received positive feedback from council members, who approved a $3,000 contract for reimbursement of TNR services for the next year, which has the potential to be renewed if more cases arise.

Council approved the contract in late November. The pet-loving duo has continued their efforts to TNR in Jessup as much as they can before the colder weather comes.

“We are so happy because not a lot of boroughs in the area have done something so productive,” Coviello said. “TNR is the most effective thing you can do in this case.”

“Everyone knows who she is because she’s been around having kittens for three or four years now,” said Coviello.

Kobylanski and Coviello, who also foster cats from the rescue, would like to continue to work with more boroughs in the future.

“We want to get more people involved. Whether it be communities or volunteers, we want to just pull everyone together so we can get as much done as we can,” Kobylanski said.