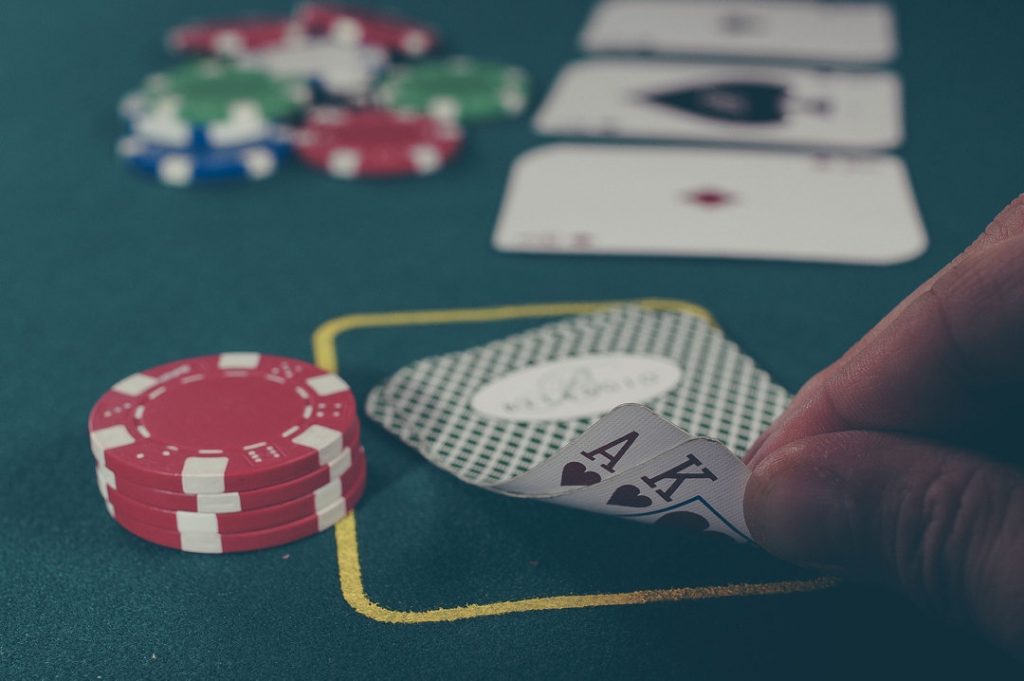 As Pennsylvania’s casinos reopened in June and July, poker rooms stayed quiet, not authorized to operate under protocols issued by the Pennsylvania Gaming Control Board because of the game’s constant handling of cards and chips.

The cards, and the chips, are back on the table now.

Mount Airy Casino Resort in Monroe County and Mohegan Sun Pocono in Luzerne County will reopen their poker rooms at noon Friday, the state’s first two physical poker rooms to reopen.
Penn National Gaming plans to reopen the poker room at Meadows Racetrack & Casino in western Pennsylvania next Friday but doesn’t yet have a date for its Hollywood Casino in Dauphin County, said Jeff Morris, the company’s vice president of public affairs and government relations.

Many of state’s other casinos are keeping their cards close to the vest, not yet announcing a reopening date for poker. Wind Creek Bethlehem had no updates Thursday on when its 26-table poker room will reopen, spokesperson Julia Corwin said. Meanwhile, Harrah’s Philadelphia decided to permanently close its poker room and did not respond to an inquiry seeking comment.

The first couple reopenings come after the Gaming Control Board sent a letter to casinos last month, requesting poker room plans with tentative reopening dates no earlier than Oct. 16 be submitted for review, board spokesperson Doug Harbach said. The plans needed to meet several safety requirements, such as having translucent dividers to separate guests and dealers.

Each poker table can have no more than seven players, plus the dealer.

In addition, protocols and a schedule must be established for cleaning and sanitizing the dividers, the poker chips and cards. Guests also are permitted to wear translucent gloves during play. No food is allowed.

Poker also is due to return in neighboring New Jersey, where the Borgata Hotel Casino & Spa announced Thursday that its poker room — with 30 socially distanced tables — will reopen at 10 a.m. Wednesday.

The return of casino poker rooms comes after Pennsylvania Health Secretary Dr. Rachel Levine said Wednesday the state was seeing a “fall resurgence” of the coronavirus. But, she said, Pennsylvania has no plans to change mitigation orders already in place, seeing itself as better prepared to handle an increase in cases than it was when the pandemic hit in March and led to widespread shutdown orders.

The casino industry has been hammered by the pandemic, which at one point forced the temporary closure of all 989 commercial and tribal casino properties across the country. Wind Creek Bethlehem reopened in late June at even less than the permitted 50% occupancy and last month announced it was laying off 20% of its employees amid significantly lower business volumes. The Bethlehem property now employs about 1,600 people, Corwin said. The casino is continuing to work on previously announced initiatives, such as opening its sportsbook in late November, she added.

The pandemic is forcing casino operators to adapt to a new reality and likely pushing them to become more efficient and careful in how they spend marketing dollars, said Michael Pollock, managing director of Spectrum Gaming Group, a consulting firm in Horsham.

Already, he has observed, casinos are focusing more of their marketing efforts on core patrons, getting more money out of higher-end customers. In addition, he said casinos’ bottom lines aren’t suffering as much as the top lines, indicating operators are getting by with fewer employees and lower expenses.

The last two Gaming Control Board annual reports show the drop in employment amid the pandemic. As of June 30, there were about 10,700 employees across the state’s 12 casinos — a year earlier, that number was more than 16,700.

Meanwhile, during a pandemic that kept some casinos idle for more than 100 days, online gambling has boomed, something not expected to go away anytime soon. For example, casino games offered online in Pennsylvania brought in revenue of almost $56 million in August, compared with $3.4 million a year earlier when only a handful of online gambling operations were live in the state.

That total actually helped Pennsylvania see a year-over-year gain in total gambling revenue in August, making up for declining brick-and-mortar revenue at the slots and tables.

The shifting mix, perhaps accelerated by the pandemic, could lead to long-term changes on the casino floor. It could mean, for one, fewer slots and tables. Pollock pointed out that slot machines already were changing before the pandemic, with a core customer that was getting older and not being replaced. In the future, he said, customers could see not just fewer slots, but also slots featuring skill-based and peer-to-peer elements.

“When we get to the new normal, it’s not going to be the same gaming industry to a certain degree,” Pollock said.

Poker, for its part, has never been a major profit center, but it’s still an important segment in a casino’s overall demographics, he said.

In addition to operating at limited capacity, the casino said all guests and employees will be required to wear masks. Hand sanitizer will be available at each table, and chips and cards will be sanitized regularly.

Spectators won’t be permitted in the room, and chairs and rails will be sanitized when a player leaves the table, the casino said.