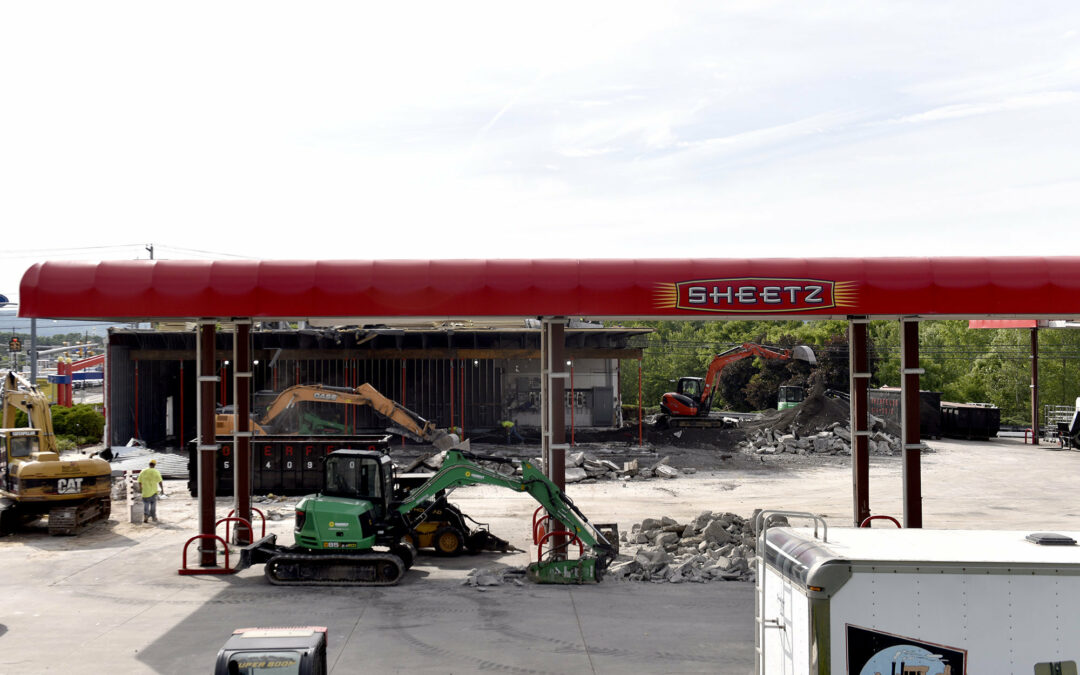 Another Sheetz location in Luzerne County will be torn down to make way for a new larger store with a new design.

Work began to tear down the Sheetz store on Route 315 in Plains Twp. and it will be replaced by a larger 5,475-square-foot building with indoor and outdoor seating, said Sheetz spokesman Nick Ruffner. The store will have 16 fueling stations, the same number of gas pumps as it previously had, he said.

The project should be complete by Aug. 22, Ruffner said. There are plans to sell beer at the store but he could not yet say the timeline. The new store will be about 1,000 square feet larger than the current store.

Work on the Plains Twp. Sheetz has begun after the Sheetz store on Memorial Highway in Kingston Twp. was demolished.

The new store being built in Kingston Twp. also will be about 1,000 square feet larger than the former 3,900-square-foot store and will include a new design and enhanced seating.

The seating will be an added amenity for people who purchase items like subs, sandwiches, salads and more from the convenience store’s extensive made-to-order menu, Ruffner said. Customers order items through touch-screen terminals.

Gas pumps also will be reconfigured as part of the Kingston Twp. project. The current Sheetz has 16 gas pumps under two canopy areas and the new store will have 14 gas pumps under a single new canopy. The project is on track to be completed by Sept. 27, Ruffner said.