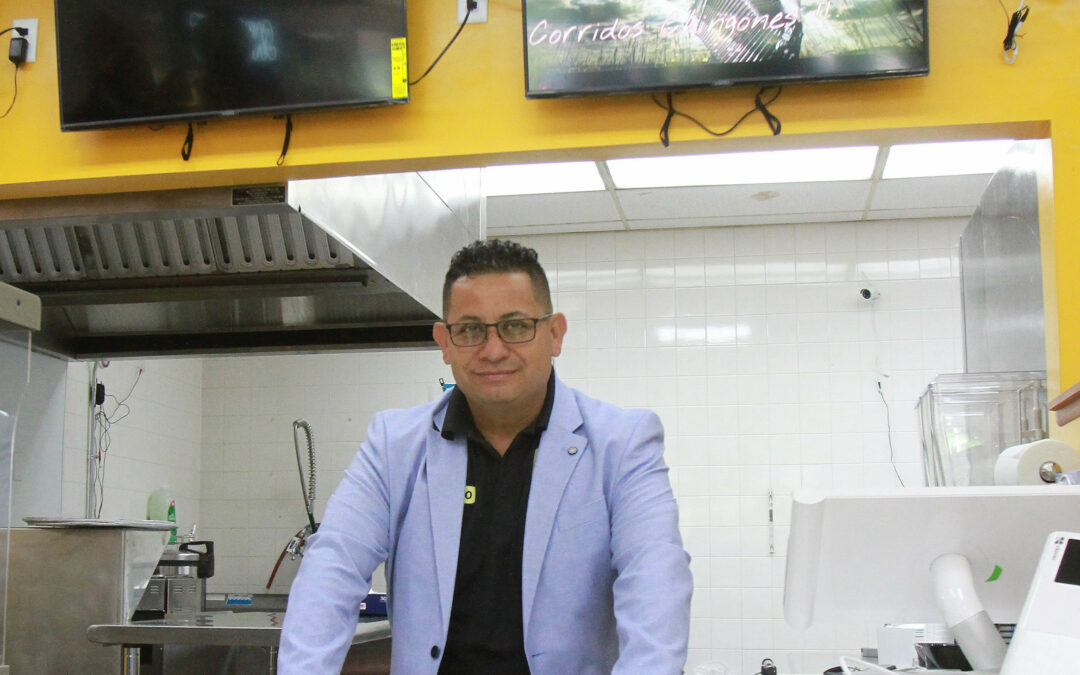 A mariachi band played as Mexican food truck owner Ricardo Santos danced on a counter celebrating the grand opening of his first brick and mortar restaurant on Monday.

Santos, who owns J. Zapata Mexican Food Trucks in Sugarloaf and Hazle townships, opened inside the Fuel On Station on Route 309 and Butler Drive in Butler Twp.

“We’re giving people in the building the food truck experience,” he said. “I’m happy and excited. I’m very thankful for everyone doing this for me and the community helping me get here.”

A former Brooklynite, Santos started out with a converted camper adjacent to the Pilot truck stop in April 2014 and the first year was lean.

“I was broke. I slept in the camper for five months, going back and forth to New York working extra jobs. It was a challenge,” he said. “But I knew I was going to make it. I’ve worked hard to build this up from the bottom to where it stands right now. The American dream is still achievable.”

He built his business slowly, cultivating his passion for cooking in the kitchen, concentrating on authentic flavors learned from his family and buying fresh, quality ingredients, Santos said.

Santos has had ups and downs along the way, he said. New food truck locations on Route 924 near the Humboldt Industrial Park and in Bloomsburg didn’t work out, he said. 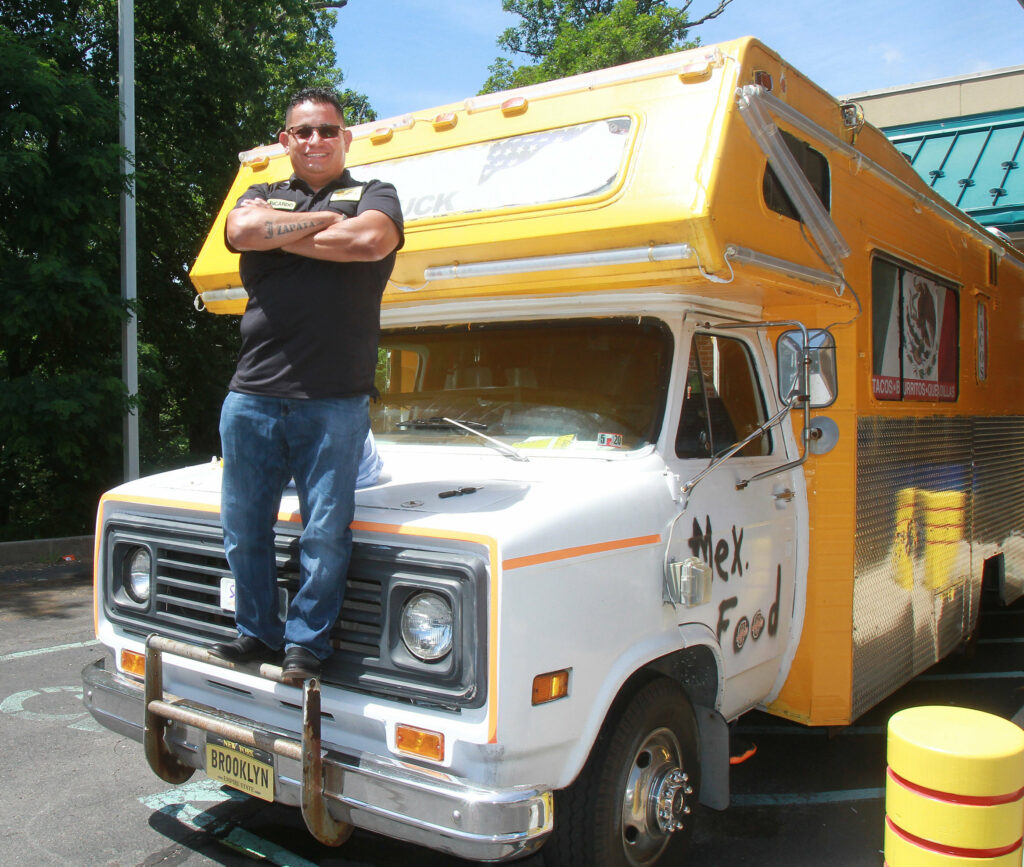 WARREN RUDA / STAFF PHOTOGRAPHER
Ricardo Santos stands on the front bumper of one of his food trucks during the grand opening of his first brick-and-mortar Mexican food location at Fuel On Station, Route 309, Butler Twp.

But Santos hasn’t given up on Bloomsburg and has a contract for another restaurant, or his second brick and mortar location, he said. A third restaurant will be opening in the former Red Buzzard in Hazle Twp., he said.

The Drums location will be open from 7 a.m. to 10 p.m. with the same favorites available at the trucks — tacos, burritos, quesadillas, tostadas, tamales, tortas — and some new items, he said.

New items could include deep-fried tacos, empanadas, chimichangas and maybe churros, he said, and breakfast is available all day.

The food trucks in Sugarloaf and Hazle townships will remain open, and a third truck, Zapata No. 1 which was outside the Drums location, will be used for fairs, special events and private parties, Santos said.

“We plan to expand in the future and make it bigger and bigger,” he said. “Maybe franchise it.”