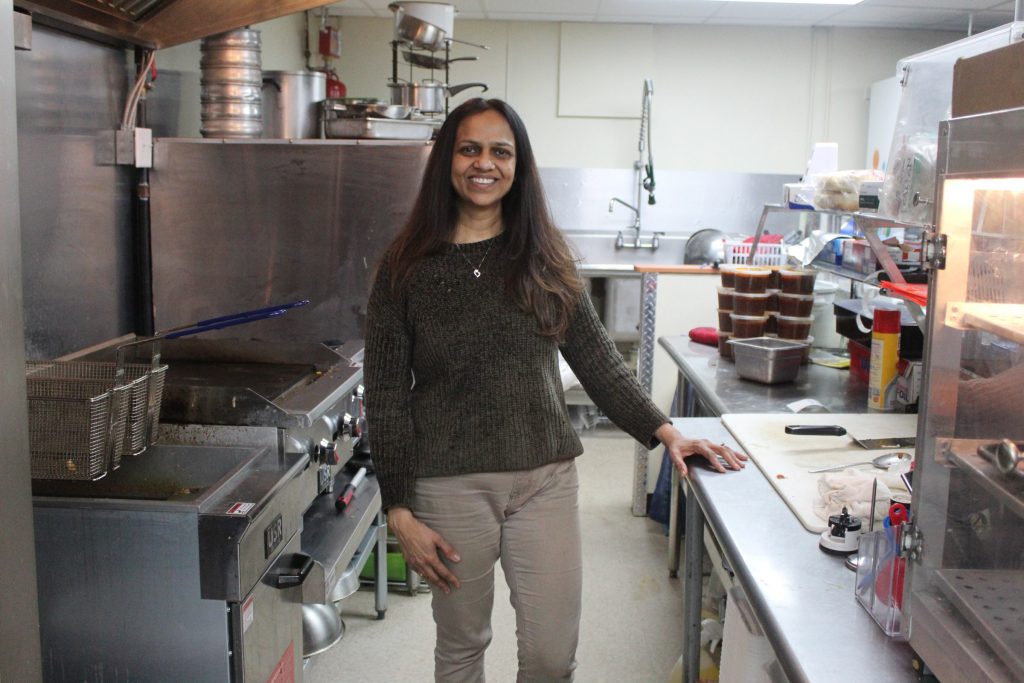 The owners of the Falls Trail Deli aim for it to be a one-stop shop in Exeter Twp., and they hope recent renovations could enhance the experience of their customers.

Manisha and Pragnesh Patel purchased the business about a year and a half ago.

Operating similar stores in Lehman Twp. and Hunlock Creek, the couple wanted to expand into another smaller neighborhood and offer a convenient option for gas, groceries and made-to-order food so customers don’t need to travel far for just a few items.

“We’re trying to do all in one, so that way, the community has everything they need,” Manisha Patel said.

The Patels also appreciate the friendly atmosphere of Falls, being that it’s such a small town.

“We want to have a neighborhood store more than a city market,” she said.

In December, they shut down the store for a little over a week to undergo renovations, opening back up the day after Christmas.

When the Patels purchased Falls Bridge Deli, they redid the parking lot in hopes of making it easier for vehicles to pull in and out.

With the renovation, they have expanded the selection of groceries and added items to the deli menu.

Customers could order hoagies, burgers, cheesesteaks, chicken tenders, fries and more, then sit down to eat them at a new island with barstools.

“It’s a pretty good selection where people don’t have to go far away to get stuff,” she said.

At this time, the store only sells regular gasoline because of issues with its midgrade and premium gasoline tanks. The Patels have ordered the necessary equipment to get all of its fuel services back up and running, and they also plan to offer diesel gasoline for the first time.

There is no firm timeline in mind right now, but she estimated within the next few months.

It’s been exciting for the Patels to see customers’ reactions to the renovations and know that they appreciate the work put into the business.

“They’re all very happy about what we did to the business, and they welcomed us very well, and that’s why you want to do something for them, too,” she said.

The Falls Trail Deli is open every Monday through Friday from 5:30 a.m. to 8 p.m., and Saturday and Sunday from 7 a.m. to 8 p.m. In the summertime, the Patels plan to extend the hours of operation to 9 p.m. or later.