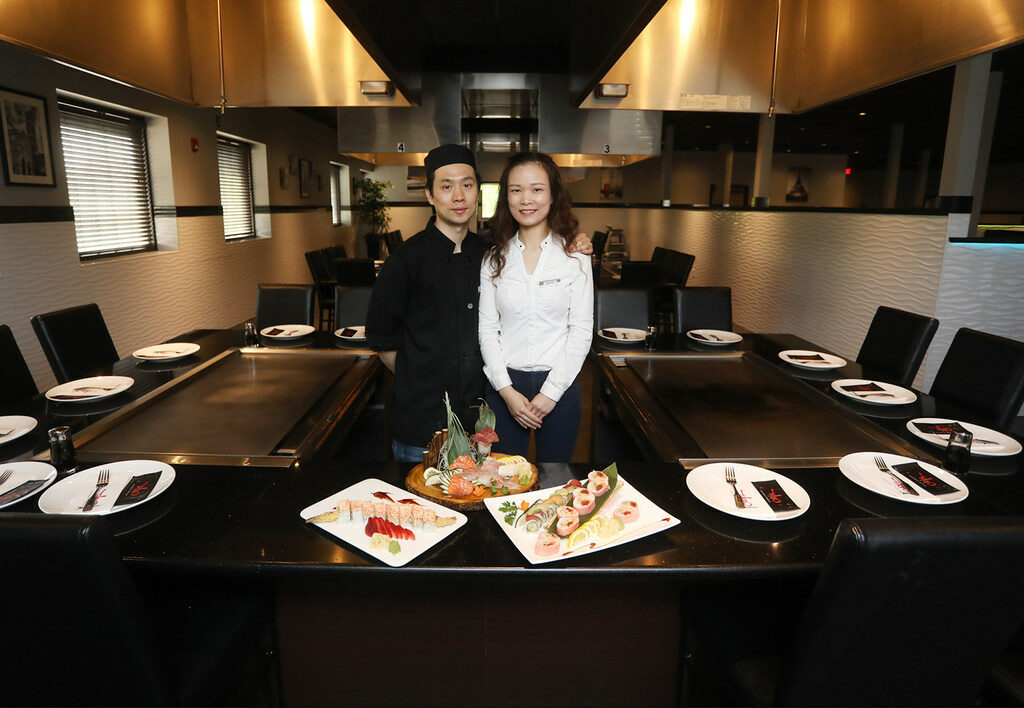 In Dickson City, diners can get a taste of delicacies typically found half a world away thanks to Tokyo Hibachi & Sushi Steakhouse.

Housed in the space formerly occupied by Old Country Buffet on Commerce Boulevard, the restaurant offers high-end Japanese food (with a few Thai dishes added on) in a completely transformed dining area. Upon entry, guests are greeted by sleek, neon uplighting and white walls textured by a wave motif. It took more than eight months of redesign and renovation to achieve the trendy, metropolitan effect, said Katie Yu, a native of Fujian, China, who co-owns the restaurant with her chef husband, Vinny Lian.

“We wanted it to feel different and comfortable, and definitely professional,” Yu said. 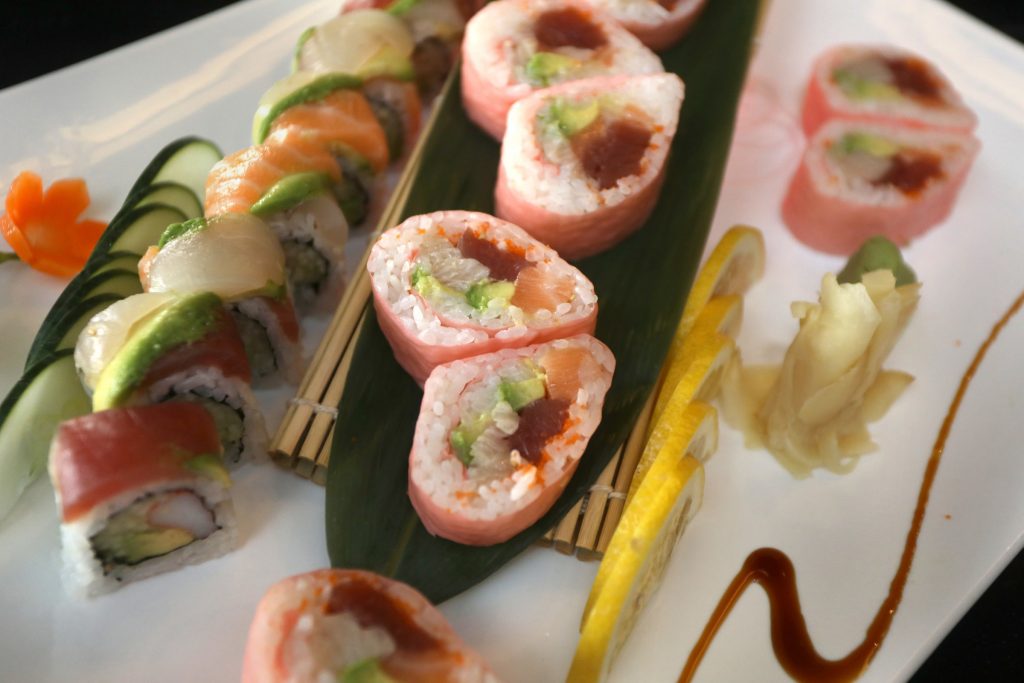 The couple lived in New York City for more than a decade, where Lian honed his culinary skills in upscale city restaurants. During a visit with Lian’s first cousin, Maggie Dong, who owns the nearby Royal Buffet, the duo were so impressed with Northeast Pennsylvania that they decided to relocate and make it their home.

“We loved the area,” Yu said. “It’s a friendly area. And compared to New York, there (was) not a lot of authentic Japanese (dining).”

Though Lian worked in numerous Chinese restaurants in downtown Brooklyn, he and his wife chose to switch to Japanese for their NEPA venture because it seemed fancier and more gourmet.

With seating for about 200 throughout its main dining area, sushi bar, cocktail lounge area and numerous grill-top tables, Tokyo Hibachi & Sushi Steakhouse has become a destination for those celebrating special occasions, such as holidays, birthdays, anniversaries and graduation parties. Three private rooms offer space for groups holding meetings and gatherings. For birthdays, the celebrant is treated to a free hibachi meal from a limited selection.

From the regular menu, Yu recommended Edamame, Crispy Calamari and the Sushi appetizer, as well as the Seaweed Salad, which is her favorite. From the a la carte list, the Yellowtail Jalapeño, Pepper Tuna and Salmon rolls can’t be beat, while the Incredible Roll (shrimp tempura with avocado inside and spicy crab), Volcano (eel, spicy tuna, scallop, kani and fish roe), Phoenix (shrimp tempura, spicy tuna and avocado with special sauce) and White Swan (white tuna, tempura and avocado inside with yellowtail jalapeño) give the best presentation thanks to Lian’s artistic hand.

He crafted the menu not only based on his work experience but also by what he expected his customers to like, he said through translator and family friend Shu Qiu.

“Customers always say the food is amazing and the chefs are very funny,” Yu said. “Kids love to come here because we have huge plates and they can run or walk here.”

The owners plan to change the menu annually and offer specials for holidays, but keep the selections streamlined so that choosing what to have for lunch or dinner isn’t a burden. 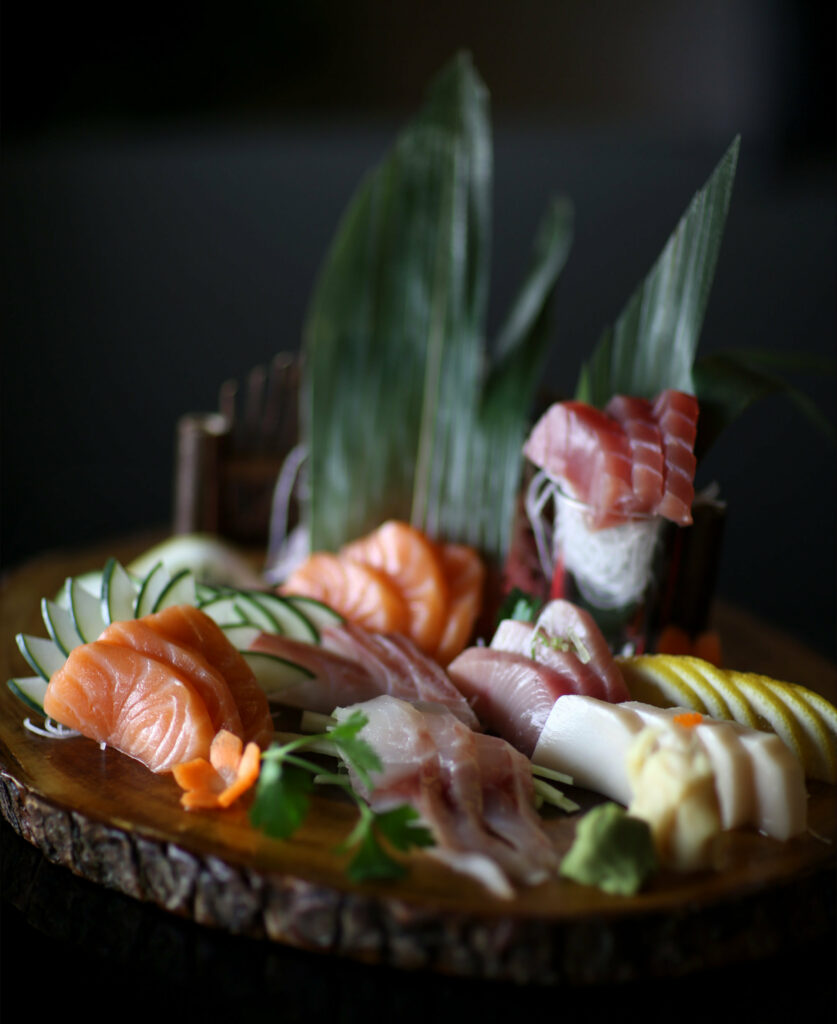 “People work hard, and we wanted the menu to be very simple,” Yu said. “We really wanted people around here to know really good sushi and hibachi and (see) that they have a choice, not just traditional American food.”

The bar offers a selection of traditional and imported drinks to complement meals, from the Japanese sodas to the house Tokyo Martini, made with sake, Crown Royal and Midori. And desserts such as the Fried Cheesecake and Ice Cream Tempura act as a grand finale to a great meal.

As chef and co-owner, Lian welcomes customer feedback so he can tailor the menus to meet the expectations and tastes of the clientele.

“It’s a big pleasure and honor to get to know customers and make friends,” Lian said through Qiu.