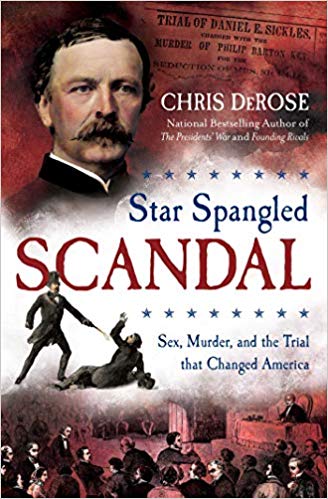 High-priced, publicity-craving defense lawyers. Intimidated prosecutors. An indecisive judge. New media technology to amplify the case and transfer it from the justice system to the court of public opinion. A media circus outside the courthouse.

All of that applies to the “trial of the century” that began with jury selection on Nov. 9, 1994. But as the 25th anniversary of the O.J. Simpson murder trial approaches and the inevitable remembrances of it go to pre-production, it’s also the 160th anniversary of the murder trial of the 19th century, a society-changing event that in some ways made the Simpson case look like a hearing on a summary offense.

The defendant was Daniel E. Sickles, one of the most fascinating characters in U.S. history for the sheer breadth of his intelligence, courage, epic personal flaws and nefarious conduct. The latter were emphasized by Thomas Keneally (best known for “Schindler’s List) in his aptly named 2002 biography “American Scoundrel: The Life of the Notorious Civil War General Dan Sickles.”

Because of the sheer scope of Sickles’ career, Keneally dealt only briefly with Sickles’ murder trial. Now, historian Chris DeRose has dedicated a book to the trial, “Star Spangled Scandal: Sex, Murder and the Trial that Changed America.”

In 1859, Sickles was a congressman from New York, a powerful member of the Tamany Hall political machine. He and his beautiful young wife Teresa Bagioli worked hard to become the toasts of Washington, buying a mansion on Lafayette Square, directly across from the White House where Sickles’ friend and promoter, James Buchanan, was president. The Sickles residence became the fulcrum of social life in the capital, to the point that no one could claim to be anyone without an invitation to the couple’s innumerable soirees.

On Sunday, Feb. 27, 1859, SIckles saw Key on Lafayette Square. He dispatched a friend to meet and delay Key, armed himself with two pistols, strode deliberately from his mansion and shot Key several times at point-blank range. Key, who almost always was armed, reached into his coat but produced only opera glasses, which he threw at Sickles to no effect. “Murder!” was his last utterance.

Key and Teresa had been carrying on a long affair, about which everyone in the district except Sickles seemed to be aware, until he received an anonymous note apprising him of it. He had an associate investigate, who had no trouble confirming it.

Sickles, outraged even though he already had established a record as a serial adulterer, forced Teresa to write a confession and then laid in wait for an opportunity to do in Key.

Months later, the trial began to unprecedented press coverage, which was amplified by the recent invention of the telegraph. Sickles’ trial was the first covered nationally, with ground-breaking, breathless and phenomenally fast next-day coverage.

Sickles’ political connections helped create an unprecedented A Team of legal talent led by James Brady of New York. The team adopted two simultaneous strategies — blame Teresa while posing Sickles as the true victim, and claim that Sickles — even though it would be hard to imagine a more pre-meditated murder — was temporarily insane when he pulled the trigger, repeatedly.

The temporary insanity defense was rare even then, and not accounted for specifically in District of Columbia law. Until Sickles’ case, its most famous application was in England in 1805. A would-be assassin of King George III missed only because the king, arriving at a theater, bowed to acknowledge the crowd’s applause, and the shot went high. The assailant was acquitted, leaving the impression for the ages that, if that would-be assassin could get away with a shot at the king, then Sickles might be able to escape the noose for killing the U.S. attorney.

Newspapers of the day were full of debate and misogyny, with at least half supporting Sickles. Since there was no criminal statute against adultery, the argument went, what option did he have?

Teresa quickly was judged guilty in the court of public opinion, and had to retreat to seclusion in New York. As for temporary insanity, proof of it consisted mainly of witnesses to the murder stating that, yes, Sickles looked crazed as he murdered Key.

DeRose offers tremendous insight into the mores of the day — including one member of the all-male jury declaring after the trial that he would have done the same thing — the brilliant legal strategy against mountains of eyewitness and physical evidence, and media manipulation.

In the end, the jury deliberated about a day before buying the temporary insanity claim. Sickles walked. He very publicly “forgave” Teresa, for which he roundly was condemned, and they remained married until her death from tuberculosis at just 31. Sickles resumed his remarkable adventures. And across the country, a series of husbands and the occasional wife killed their spouse’s lovers, pleaded temporary insanity and, most often, walked away.

When the Civil War began, Sickles himself quickly raised an entire unit in New York City, the Excelsior Brigade, and became a major general in the Union Army. Scholars still debate whether he won, or nearly lost, the Battle of Gettysburg when he led his regiment from its assigned place in the Union line, without orders, to confront a Confederate advance into what became known as the Wheat Field. In that battle, for which he was awarded the Medal of Honor, he lost a leg to a cannonball. He had the limb embalmed and displayed at a hospital in Washington, and often went to see it. The shattered leg bone today is on display at the National Museum of Health and Medicine.

After the war, Sickles retained his political power, became U..S. ambassador to Spain and eventually returned to Congress.

DeRose manages to offer deep detail in “Star Spangled Scandal” without bogging down the story, which reads more like a novel. But for a complete picture of the brilliant, complex, ruthless and shameless Dan Sickles, Keneally’s “American Scoundrel” is a fascinating read. 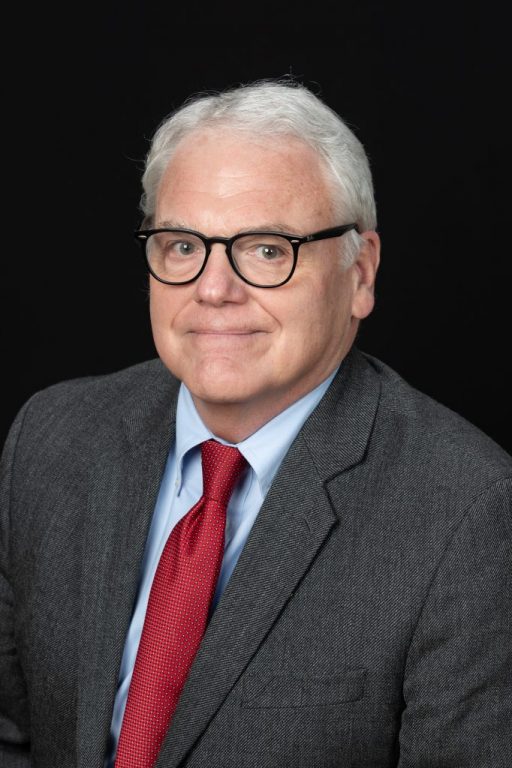 Patrick McKenna has been associate editor of The Times-Tribune since July 1990. He is a member of the newspaper’s editorial board, a role in which he helps to formulate editorial policy. As editorial and op-ed editor, he is responsible for most of The Times-Tribune’s opinion content and the author of most of the newspaper’s editorials. A 1978 graduate of Penn State, Pat started at The Scranton Times in March 1978. He has won multiple statewide awards for editorial writing, and the national WIlliam Allen White Award for Editorial Excellence. Pat is a Scranton native and lives in Clarks Green.

Patrick McKenna has been associate editor of The Times-Tribune since July 1990. He is a member of the newspaper’s editorial board, a role in which he helps to formulate editorial policy. As editorial and op-ed editor, he is responsible for most of The Times-Tribune’s opinion content and the author of most of the newspaper’s editorials. A 1978 graduate of Penn State, Pat started at The Scranton Times in March 1978. He has won multiple statewide awards for editorial writing, and the national WIlliam Allen White Award for Editorial Excellence. Pat is a Scranton native and lives in Clarks Green.