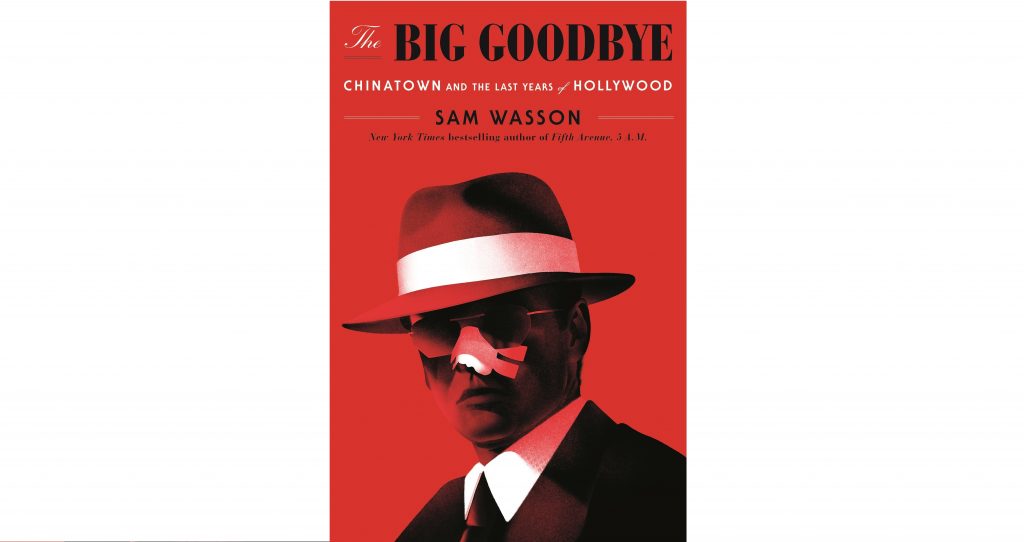 Quentin Tarantino’s hagiographic “Once Upon a Time in Hollywood” keeps ’60s Los Angeles swinging by wishing away the brutal murder of actress Sharon Tate. In the real world, the trauma to the close-knit film community signified the end of an era both personally and culturally.

With great style and lyricism, Sam Wasson’s nonfiction account of the making of the neo-noir classic “Chinatown” (1974) focuses on four of Tinseltown’s denizens on the cusp of realizing their California dreams when the Manson family unleashed its nightmare.

As neighbors armed themselves with guns and dogs, screenwriter Robert Towne cast a nostalgic eye on the prewar L.A. of his youth as he conceived a detective story for his best friend, Jack Nicholson, in his first starring romantic role. The idea of a throwback mystery eventually captured the interest of Paramount’s brash production head, Robert Evans, affirmed by the success of “The Godfather.” In turn, Evans brought in his director from another hit, “Rosemary’s Baby,” Roman Polanski, also Tate’s widower.

If the Oscar-winning “Chinatown” is indeed “the best American screenplay written during the ’70s,” Wasson does it justice by following Towne’s method of constructing finely detailed, lively backstories of all characters, major and minor. It’s impossible not to fall for this love letter to a love letter that pastes together the often sticky collage of how talent plus perseverance can equal a classic film.

The four main antagonists are vividly portrayed –- Evans, the schmoozer with taste; Towne, the downtrodden writer; Nicholson, the charmer leading a charmed life; and Polanski, the auteur cursed to lose his pregnant mother to the Nazis and his pregnant wife to the Manson family. By comparison, short shrift is given to Faye Dunaway, brilliant as the femme fatale but high maintenance behind the cameras.

Looming over both “The Big Goodbye” and “Chinatown” is the City of Angels itself. The setting from noir classics (“Double Indemnity,” “The Big Sleep”) to neo-noir (“L.A. Confidential”) to future-noir (“Blade Runner”), Los Angeles experiences constant booms and influxes that make it an amnesiac character. Wasson posits that if L.A. “ever knew what it was, it kept forgetting.”

In spite of excellent reviews and 11 Oscar nominations (only Towne’s screenplay would win), the box office returns of “Chinatown” paled in comparison to the escapism offered in the disaster epics “The Towering Inferno” and “Earthquake.” A year later Paramount showed Evans the door after “Jaws” swallowed whole the studio chief’s tasteful vision of movies made with what Wasson calls “a whisper of art, old genres revisited, classicism modernized.”

Wasson’s book concludes with a slog through the personal and professional declines of those who achieved career peaks with “Chinatown.” He should have emulated its noir climax: the truth is revealed, the victim punished, the corrupt absolved, the hero chastened. The camera pulls up and away in an ending crane shot as we trudge into the darkness to ponder a story well told and fraught with meaning. Roll credits.

‘The Big Goodbye: “Chinatown” and the Last Years of Hollywood’