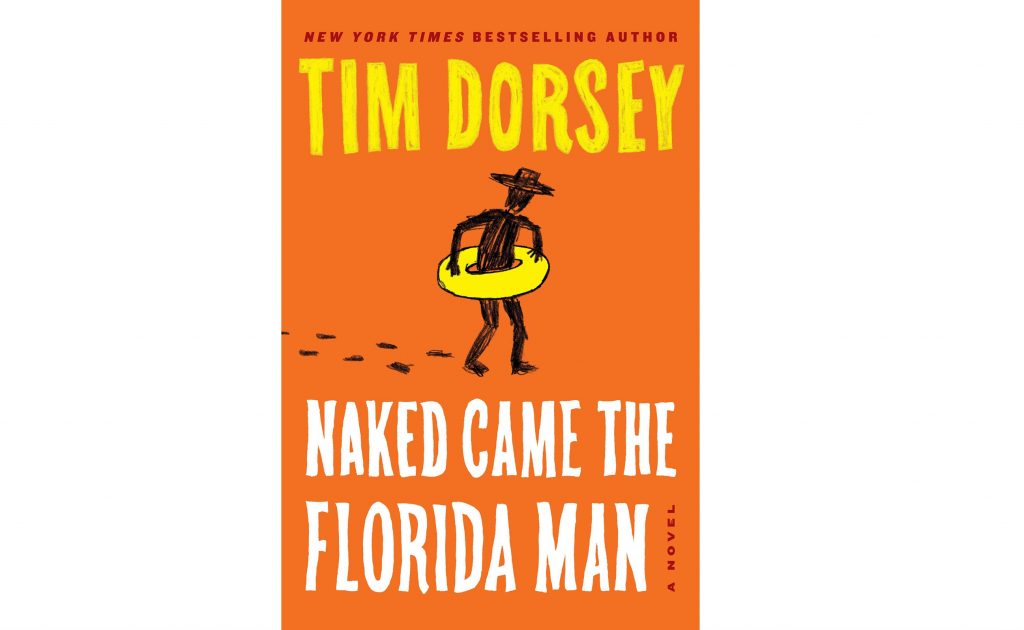 The Florida Man (or woman) is known far and wide for his (or her) restraint, on-point behavior and mental acuity.

The antics of Florida Man (or woman) are well known, so it’s amazing that Tim Dorsey whose novels are tailor-made for this creature has never used the term in a title before. Each of Dorsey’s comic novels about lovable serial killer and Florida history aficionado Serge A. Storm prominently feature the Florida Man (or woman).

In the 23rd highly entertaining “Naked Came the Florida Man,” Serge and his perpetually high friend Coleman are on another slapstick tour of the Sunshine State. This time the plan is to visit as many of the state’s cemeteries where Serge will make rubbings of celebrities’ tombstones. What passes for celebrities in Serge’s mind is, among others, the dolphin Mitzi, star of the 1960s TV series. That seems like a benign hobby but woe to those with bad behavior who cross Serge’s path. That’s when Serge’s killer instincts kick in and he becomes a bit of an avenging angel administering his own form of justice on those who are cruel to animals, picket soldiers’ funerals or take advantage of the elderly. Adding to the plot—and Dorsey actually includes one—are the remains of three murder victims killed after the 1928 hurricane and an intelligent Pahokee girl who wants to play football and has squirreled away several rare coins she found buried in the sugarcane fields.

Broad comedy is the mainstay of Dorsey’s novels. But amid all the mayhem and slapstick, Dorsey showcases the Sunshine State. Serge is an excellent historian and his knowledge of Florida minutia is so vast he could teach it in schools.

What is most amazing about Dorsey’s series is that he has been milking this same vein of slapdash humor that would make the Three Stooges look like Pulitzer Prize winners. Then there is Serge, a “hero” who no one should root for, but manages to endear himself to readers.