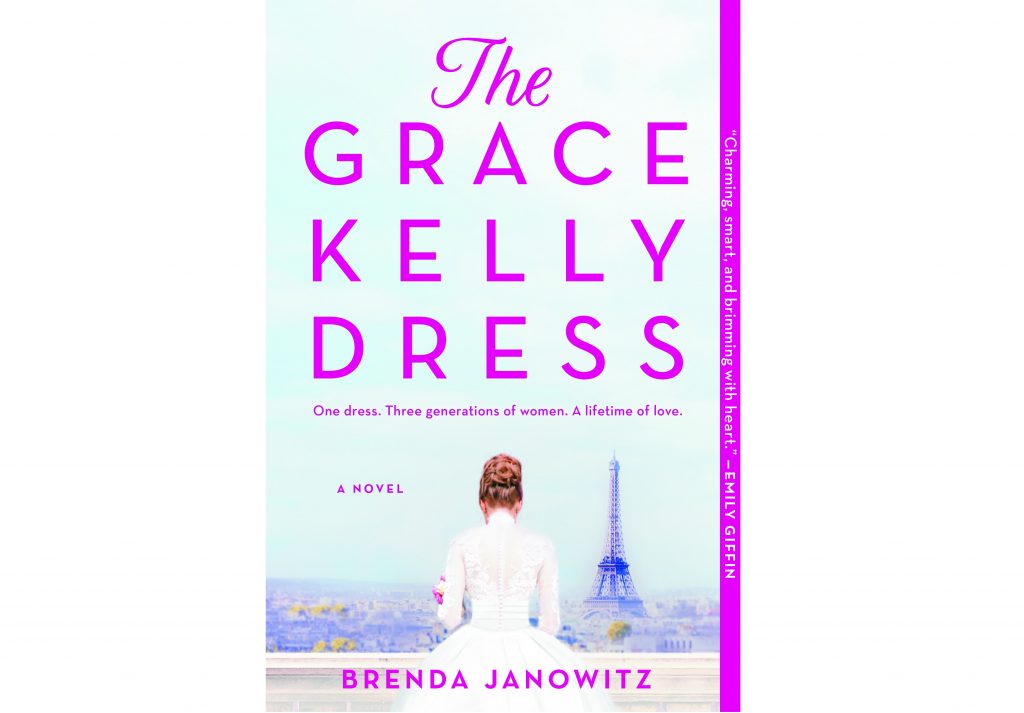 Three generations of women, each one reflective – and dare I say, ahead of her own formative moments in pop culture – take a turn wearing a wedding dress that was originally fashioned as a copy of the gown that Grace Kelly became a true princess in 1956.

But Princess Grace and her status as a fashion icon are barely a passing mention in this book. This is a story about the complexities of families and the traditions that keep them together. Surely, most readers will connect the dilemma to wear the dress or not to their own lives: Do I keep serving the same recipes at Thanksgiving? Do I always vacation in the same spot? Do I have to use the silver platter graciously gifted to me as an heirloom at my wedding when I’d like to put everything in the dishwasher?

With these three strong-willed heroines at the center of the decision-making process, there isn’t a simple answer to anything but there is a respect for love that unifies them in their responses.

Rose is the grandmere, who stitch by stitch handcrafted the dress as a seamstress in the late 1950s in Paris. The product of a broken home, she found her own “family” in a combination of customers and colleagues. She navigates the dilemmas life poses with varying amounts of sweet naivete and great sophistication.

Rocky is the modern-day, tech-driven, supercool bride who is faced with the immediate decision to wear the gown or not. She lives in Brooklyn, N.Y., drinks craft beer and owns a company that embraces an open-concept workspace. Wearing the same gown as her uber-traditional mother – or at least someone Rocky thinks of as simply old school – poses dilemmas worthy of a few therapy sessions.

To me, though, the character with the most dimension is Joanie, who sits at the middle of this trifecta. She’s the one her daughter largely writes off as too cookie cutter, but she really sits at the center of the story. She comes of age in Long Island, N.Y., in the 1980s – not a time or place that collectively we talk about as being groundbreaking or even barely interesting. But Joanie truly sits at the crossroads between past and present, and she embraces that position with poise and grace.

Since the dress that intersects their individual stories was mimicking a princess, it seems fitting they all found their happily- ever-afters even if they weren’t the fairy tale endings they would have written for themselves.

‘The Grace Kelly Dress: A Novel’