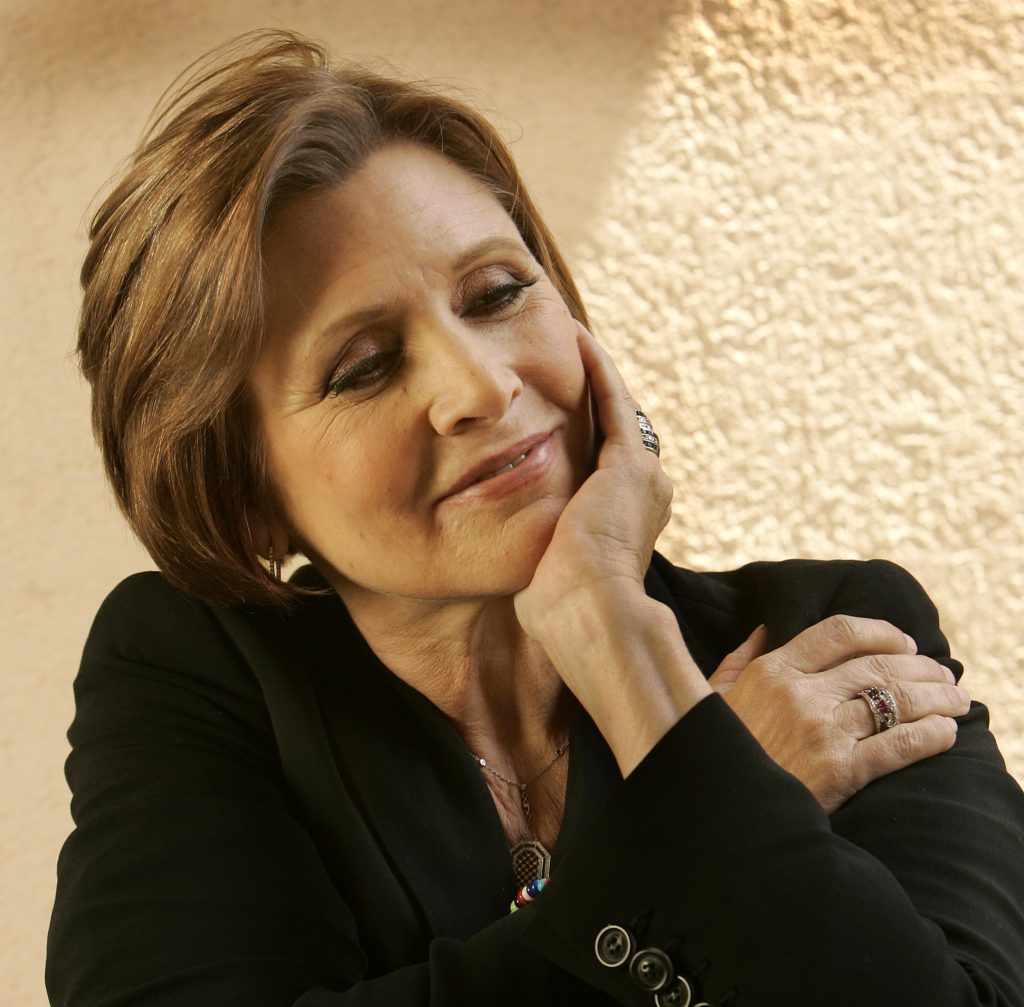 Princess Leia just part of the story in ‘Carrie Fisher: A Life on the Edge’ 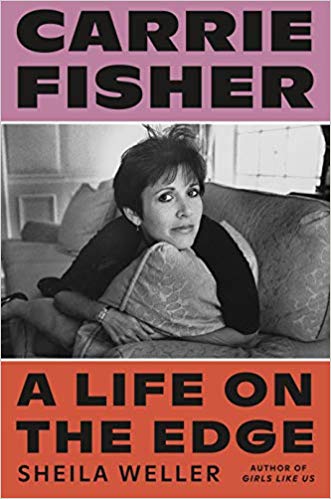 If you’re one of the millions who will be lining up Friday to see “Star Wars: The Rise of Skywalker,” don’t forget your Kleenex.

Just the few seconds’ glimpse of General Leia Organa in trailers for the ninth and final movie in the saga has fans tearing up around the world. “The Rise of Skywalker”’s scenes with the late Carrie Fisher, crafted with unused footage from “The Force Awakens,” are guaranteed to bring on the biggest surge of weeping at a fantasy film since Severus Snape succumbed to snakebite.

Leia — first a princess, then a general — was always the soul of the Resistance and the fiery heart of the “Star Wars” epic. And no one could have played her as well as Fisher.

It almost didn’t happen, though. Back in 1976, George Lucas wanted to cast a “beautiful girl” as his Princess Leia, and Fisher apparently didn’t measure up. That’s just one of the fascinating facts about her life to be found in Sheila Weller’s new biography, “Carrie Fisher: A Life on the Edge.”

The book is the first comprehensive biography of the actor, writer and playwright since her sudden death at 60 in December 2016.

Weller has written about the lives of famous and successful women before, in her books “Girls Like Us: Carole King, Joni Mitchell, Carly Simon — And the Journey of a Generation” and “The News Sorority: Diane Sawyer, Katie Couric, Christiane Amanpour” — and the (Ongoing, Imperfect, Complicated) Triumph of Women in TV News.

This time she focuses on just one woman, although Fisher’s complex life story is more than enough to fill a volume.

As Weller said in a phone interview, “She was just this incredibly unique, iconic person. As I write in the book, she was ‘famous and beloved for being herself.’

“She came from Hollywood royalty, this amazing family; she was incredibly charismatic; she was Princess Leia, for heaven’s sake. She had friends like nobody could believe in show business and the literary world, and she was incredibly witty. She had her demons, but she was honest about them. She destigmatized bipolar disorder to an amazing degree.”

Weller didn’t know Fisher, although they both grew up in Beverly Hills and at one point lived just a block apart. Weller’s mother worked for movie magazines and wrote and edited stories about the very public 1959 divorce of Fisher’s parents, movie star Debbie Reynolds and singer Eddie Fisher, when Carrie was a toddler.

Weller talked with the Times about how she wrote the book and what she learned about Fisher.

A: I didn’t, to my shame. I had to get friends to explain it all to me. Such complex characters! It was like learning trigonometry.

I first got interested in her when I read “Postcards From the Edge” (the 1987 novel that was the first of Fisher’s eight books). It was a revolutionary book. People called her the new Dorothy Parker. She said so many things before other people did. The book analyzed the new Hollywood.

She always wanted to be a writer. As I was working on the book, people kept telling me, “She was the smartest person I ever met,” even though she had dropped out of high school. She wrote eight books — and she really wrote them. She did it unconventionally, writing in bed, in longhand, usually with an editor in the house with her. But that’s really how I understand her, as a significant writer. For most people, of course, Princess Leia is the main way they know her.

Q: Your book is extensively researched, but you didn’t talk to some of the obvious people, like her family or her Star Wars costars.

A: I did about 120 interviews. I didn’t even try for Harrison Ford; even she was nervous when she wrote about him. (In “The Princess Diarist,” Fisher’s last book, she revealed the secret affair she had with Ford, then 33, when she was 19 and they were filming Star Wars.)

Her family gently turned me down, graciously. Todd Fisher (Carrie’s brother) was interested at first, but then he decided to write his own book.

I went to other people who knew her very well and were very generous in talking about her, like Salman Rushdie and Richard Dreyfuss. She made a lot of movies that people don’t remember, and I tried to get personal interviews with producers, actors, acting coaches who had worked with her. I talked to eight or 10 of her student peers in London (where Fisher was a student at the Central School of Speech and Drama in the mid-1970s).

I talked to people who had even accidental or one-time brushes with her, to good friends of hers who are not well known. Sometimes that can give you the most illuminating things about a person’s character. I talked to so many young women who met her and said, “She asked me all about me!” She was just curious about people, genuinely interested in them.

Q: How was Fisher shaped by her intense relationship with her mother, Debbie Reynolds?

A: Well, for starters, they were both dumped by the same man, and there was a bonding over that veiled humiliation. But it was a push-pull. Debbie was a scene stealer, she was beautiful, so they were competitive. But Debbie understood the complexity of Carrie, and she was always protective, always proactive. From the middle to the end of their lives (Reynolds died of a stroke a day after her daughter’s death), they mostly lived together.

Q: Fisher also had a complicated relationship with “Star Wars.” It brought her great success, but did it also have negative impacts?

A: It did. I quote her in the book saying that when she wore that metal bikini, it was like signing “an invisible contract to stay looking the exact same way for the next 30 to 40 years. Well, clearly I’ve broken that contract.” She made fun of the fat-shaming and age-shaming (after her appearance in “The Force Awakens”), but it hurt her. Toward the end of her life she cried to one reporter.

She made fun of the movies, but it was a push-pull. She had a sardonic attitude, but at the same time a great affection toward it, and she was very reverential toward the role and the feminist aspects of it.

Q: Fisher struggled for much of her life with bipolar disorder and with substance abuse and addiction. How did she deal with them?

A: She said herself that being bipolar was like living in a war zone. It was an enormous challenge, but she felt a responsibility to meet that challenge. She was honest and funny about herself. Also about addiction — she was very honest, she sometimes lapsed. It’s a disease.

Only when she died did it come out that she was this massive script doctor, working on all these movies. She continued to work through breakdowns and major addiction lapses, which is not always pleasant.

I think she was heroic.