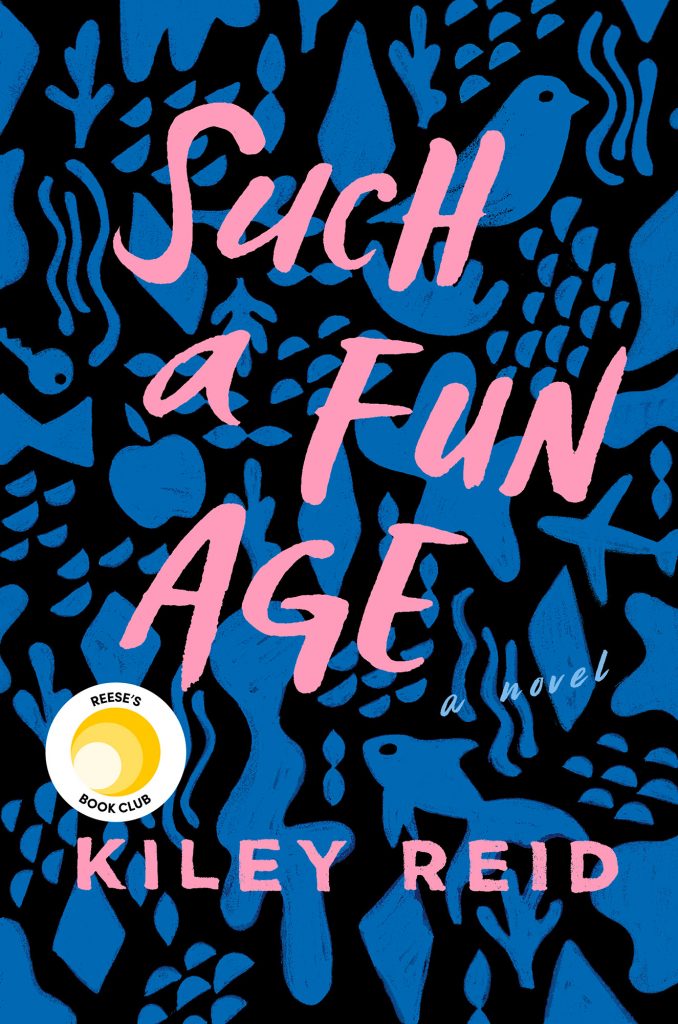 PHILADELPHIA — As a teenager growing up in Tucson, Ariz., author Kiley Reid wrote several stories with the same plot: teenagers escaping the watchful eye of their parents and making out with each other.

Reid, now 32 and a Fishtown resident, said she’s moved on to more ambitious projects that explore “class dynamics in tiny microcultures,” like her debut novel “Such A Fun Age,” which was published Dec. 31.

The Philly-set novel follows Emira Tucker, a casually cool 25 year-old black babysitter on the brink of a quarter-life crisis, and her white employer Alix Chamberlain, a former public speaker and marketing maven. Themes of race and class anchor the novel — it opens in a high-end grocery store — as the two women attempt to figure out each other, and themselves.

Reid has an MFA from the Iowa Writers’ Workshop, and her book has big buzz in the publishing world. The New York Times is running an excerpt. NPR’s “Weekend Edition” aired an author talk. Elle magazine hails “Such A Fun Age” as “the must-read book of the holiday season.”

“Queen & Slim” writer/producer Lena Waithe has already acquired the film and television rights to the book. “We’re still figuring out what that means and where that adaptation will live,” Reid said. “Different mediums can do different things, so I’m excited to see what that will look like.”

In advance of a 19-city book tour, Reid talked to The Inquirer about the provocative questions she set out to raise with her first book, and her delight at no longer needing to juggle multiple part-time jobs. This is an edited and condensed transcript.

Q: You’re not a native to Philly. Why set the book here?

A: I came to Philadelphia in 2015 to see Beyoncé. I fell in love with the city then. I wish there was a name for it, but I think certain cities have a little bit of an “it” factor in terms of architecture and people and food. I knew I wanted to base the book here, so I came back.

Q: Why did you write the book?

A: As someone who cares about the quality of human life, I love it when I read fiction that makes me think about the boundaries that we’re living within. I like when a book makes me zoom out and think, “Why can’t Emira be a nanny for the rest of her life?” or “Who’s in charge of making sure she can go to the doctor?” I love when books raise questions like that, but not in a polemic tone. That was my intention.

Q: The book feels very contemporary with commentary on social media, sexual consent, class, and race. What made you want to make these themes so apparent?

A: The things that I love to read and write about are moments that are almost like a glitch in the system, like when the etiquette around money and class drops off for a second and all we’re left with is each other. I think those moments are super revealing, and that mixed with modern technology [like] social media, Venmo, group text, etc. I wanted to explore how the history of slavery in this country works through systematic racism and through all of those technological advances.

Q: Every major character in the book has qualities to admire and despise.

A: I think that the characters that do the most damage sometimes are often very good at doing other things, including being really kind and generous people. The damage, I think, is almost doubled because no one sees it coming.

It seems like a small thing but when we start categorizing people into good and bad, we stop judging the systems that let them act the way they’re acting, and we stop seeing them as a symptom of capitalism, or systemic racism. All of those things move aside when [the reader] categorizes someone as good or bad.

Q: Zara is Emira’s ride-or-die friend. Who’s the Zara in your life?

A: I definitely have a group text of girlfriends who are honest, caring, funny, and would definitely help me at any moment. When I applied to grad school the first time, my group of girlfriends helped me by tutoring me for the GRE because I’m terrible at math. One of them did my resume, and one of them wrote the recommendation letter. That support alone was incredible, but the fact that they kept supporting me even when I didn’t get accepted is where friendship really lives. So yes, I have a few Zaras in my life.

Q: What have you learned so far from being an author?

A: The more I keep writing, the more I’m interested in class dynamics in tiny microcultures. So in this [novel], it was how class works within the world of babysitting.

I think the best thing now about having a platform to write [is that it] makes me actually fail more early and often with new things. I have the best opportunities to do really intensive research and explorations into things I never thought I would have time to do because I was always working two or three part-time jobs. That’s the most exciting part, but it also really puts on the heat for challenging myself. I hope that always stays.