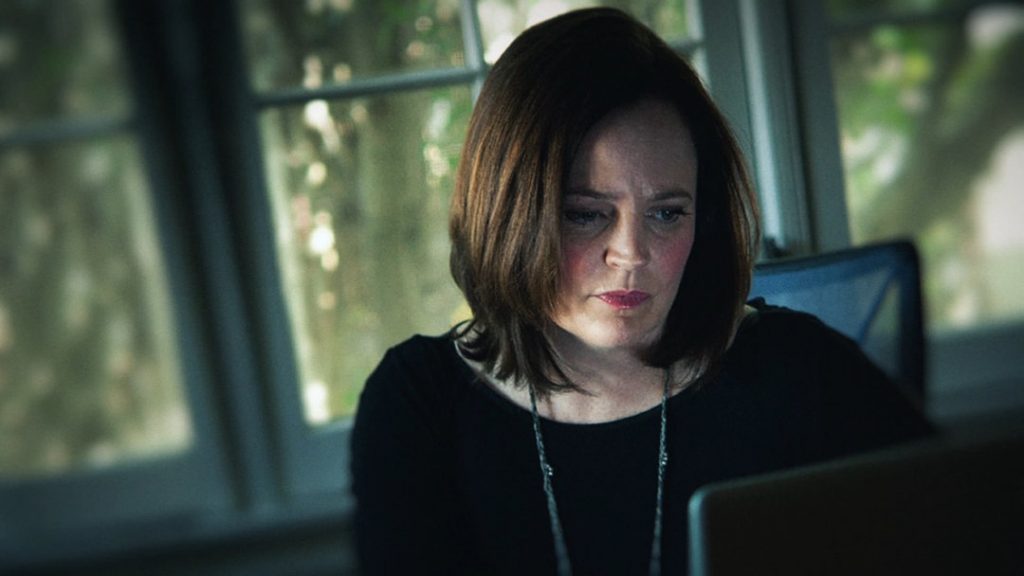 As someone with his own idiosyncratic obsessions, Patton Oswalt never judged his late wife, Michelle McNamara, for what she called her “murder habit” — her preoccupation with cold cases, the gruesome details of which she puzzled over on her popular website, True Crime Diary.

“I understand going down the rabbit hole on things,” he said recently over the phone. “It doesn’t matter what the fuel is, it’s the same spark, whether it’s NASCAR or Victorian costumes or Americana roots music, I like people who burrow into things. It never felt weird to me.”

McNamara was particularly consumed with finding the criminal, known as the East Area Rapist and the Original Night Stalker, who committed at least 50 rapes, 13 murders and dozens of burglaries across the California suburbs in the 1970s and ’80s. She dubbed this unknown villain “The Golden State Killer,” a nickname that evoked his nightmarish attack on the sunny California dream.

She was writing a widely anticipated book about the case when she unexpectedly died in her sleep in 2016 at age 46, from a combination of prescription medications and an undiagnosed heart condition. “I’ll Be Gone in the Dark” was completed posthumously and released two years after her death, becoming an instant bestseller. Within months of its publication, authorities identified and arrested a suspect, a former police officer named Joseph DeAngelo. While his capture was the result of dedicated work from law enforcement, McNamara was widely credited with reviving interest in a case that had eluded investigators for decades.

Now McNamara’s acclaimed book is the basis of a six-part documentary series, premiering Sunday on HBO. “I’ll Be Gone in the Dark,” from director and executive producer Liz Garbus (“Bobby Fischer Against the World,” “What Happened, Miss Simone?”), follows McNamara’s quest to capture the Golden State Killer. Using an array of personal materials, excerpts of her writing, as well as interviews with her friends, family and collaborators, the series explores the personal traumas that contributed to McNamara’s obsession and recounts her struggles to balance motherhood and marriage with work that kept her up late at night poring over graphic cold-case files.

We hear from the dedicated team of collaborators who shared McNamara’s passion and helped finish her book.

We also hear from the resilient survivors, some of whom never expected to see their attacker brought to justice, and grieving family members still processing the loss of their loved ones after four decades. The result is less a standard true-crime docuseries than an elegant meditation on lingering trauma.

In a coincidence of timing, the series will premiere the day before DeAngelo is set to plead guilty to murder and kidnapping charges in a controversial deal that will spare him the death penalty. While the alleged perpetrator may be back in the spotlight, “I’ll Be Gone in the Dark” spends relatively little time dwelling on DeAngelo or his mind-set — and McNamara would no doubt approve.

In her writing, she refused to glamorize the killers or buy into, as Oswalt puts it, the “dark antihero bull … ” that characterizes so much true crime. “What she really got right is that the killer is the least interesting part of the story,” says Oswalt, who is an executive producer on the series, “basically this tiny insect of a person infecting the landscape and doing all this damage well beyond their place in the world. That really made sense to me.”

Following clues left behind When McNamara died, Oswalt was deep in mourning but determined that his wife’s work see the light of day. So he collected all her records and brought them to her researcher, Paul Haynes, and investigative journalist Billy Jensen. “Please assemble this and try to make this into a book,” he recalls asking them. “I cannot.” 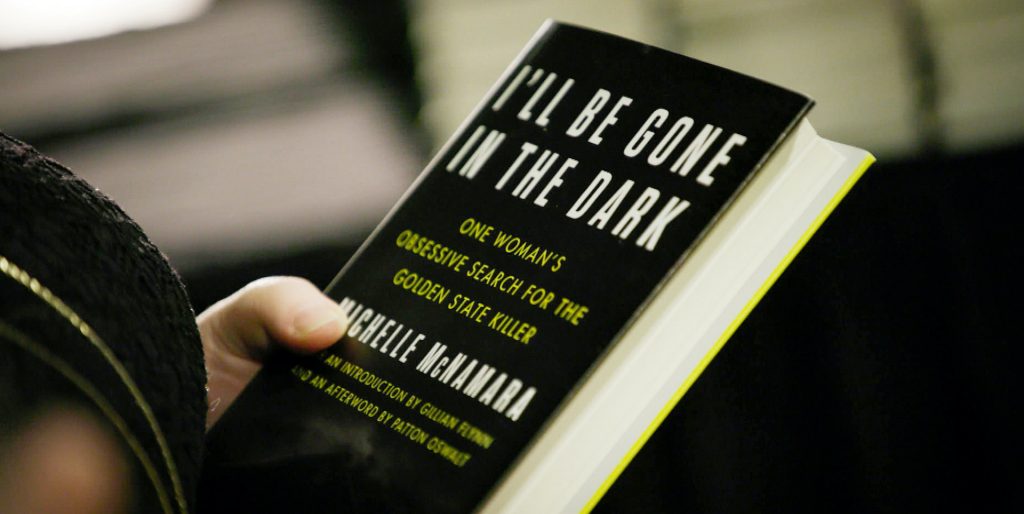 HBO / TNS
The dust jacked for the book, “I’ll Be Gone in the Dark,” in Michelle McNamara’s hands.

Oswalt followed a similar process — but on a much larger scale — to gather materials for Garbus and her filmmaking team, which included fellow directors Elizabeth Wolff, Josh Koury and Myles Kane. In addition to handing over McNamara’s case files and her laptop, he reached out to friends and family and asked them to share whatever digital traces of her they might have — photos, emails, text messages, voicemail recordings, smartphone videos.

Garbus had been entranced by McNamara’s “incredible, compassionate, sharp voice” after reading an advanced copy of “I’ll Be Gone in the Dark.” “I’m only sad that she didn’t get to write more,” she says.

Garbus weaves this material with passages from the book read by actress Amy Ryan to create a vivid portrait of McNamara — as a writer and crime fighter but also a daughter, sister, wife, mother and friend.

“In our modern lives, we do leave behind a kind of minute-by-minute chronicle of our thoughts, these constant markers, which as a filmmaker is interesting,” Garbus says. The stream of correspondence helped her better understand “the pressure McNamara felt,” she says, “not just to write this book and make it as good as she could, but also to solve this case” and how the disturbing details affected McNamara. “The secondary trauma from working on this case was very palpable.”

The series also considers how McNamara’s experience with sexual assault as a young woman may have contributed to her interest in the case and made her an unusually empathetic investigator.

“Michelle chose this story for a reason — what are the reasons?” asks Garbus, who aimed to find the points of connection between McNamara’s story and those of the survivors. “That was the the great challenge of this series and really why I wanted us to do it. If someone said, ‘Here, make a documentary about Joe DeAngelo,’ I’d say, ‘No thanks.’”

Survivors’ voices Kris Pedretti is one of the survivors who shares her harrowing story in “I’ll Be Gone in the Dark.”

She was 15, home alone and practicing the piano a few days before Christmas 1976, when the serial predator then known as the East Area Rapist broke in and assaulted her. Afterward, her parents discouraged her from discussing what had happened.

“It was imprinted on my head that you don’t talk about this,” says Pedretti. She coped by convincing herself that her attacker was dead. “When you’re 15, you’ve got to live somehow and that’s how my mind and body chose to react.”

DeAngelo’s arrest in 2018, however, “brought back a nightmare that I tucked away because I thought he was gone.”

Thanks to therapy, she has grown more comfortable talking about the attack without shame. It was a revelation to tell her story “and see that nothing bad was going to happen and the world was going to keep spinning,” says Pedretti, who has connected with other survivors in recent years. “It was overwhelming and surreal that the one common thread we all have is him and the tragedy he left on us — ‘he was in your house, and your house and your house?’ Then you flip it to the other side and you know what? There is so much support and love and somehow we’ve all kept our (stuff) together.”

Though she was never interviewed by McNamara, Pedretti agreed to participate in the series because “they showed interest in us as people and not just a documentary subject.”

In their conversations with survivors, Garbus says she and her team “discussed issues around how rape was treated — and not treated in the ’70s — how trauma stays with you in life and can kind of corrode and corrupt relationships.” She thinks it also helped they were making a six-hour series, with enough space for nuance. “They were not going to be a quick soundbite reduced to the most horrible two hours of their life. They were going to be fully fledged human beings.”

A killer’s reckoningIn her book, McNamara writes of the “narcotic pull” of unsolved crime. Though Oswalt is reluctant to speak on behalf of his late wife, he believes she was captivated by this particular case because “it had gone on for so long and had so many victims and it was simply forgotten,” he says. “Beyond it being unsolved — which was horrible — it was just kind of forgotten. How is that possible?”

Paul Haynes understood her fixation. About a decade ago, he was out of work and living unhappily with his parents in Florida when he found himself “spending 10 to 15 hours a day trying to identify a serial killer who hadn’t offended in like, 20 years,” he says in an interview. 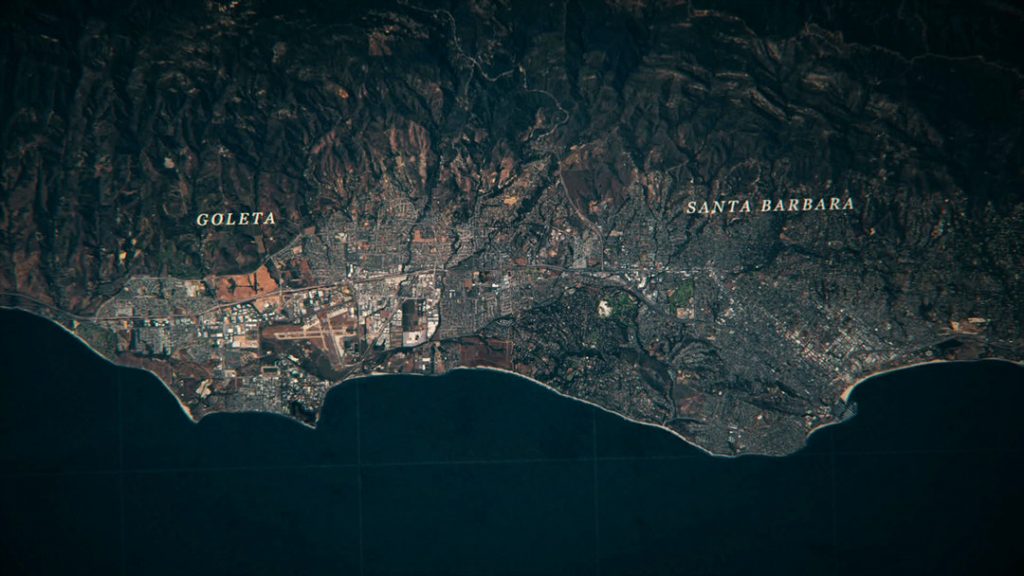 As he recounts in “I’ll Be Gone in the Dark,” Haynes was a fan of McNamara’s blog, struck up a friendship with her online and later moved to Los Angeles to assist with her research. Like McNamara, he was drawn to the case in part because of how the killer had seemingly been able to hide in plain sight — by the sense that he could be your uncle or co-worker.

“She wanted to resolve the blank where the face should be,” says Haynes, who has little time for critics who have posthumously questioned McNamara’s contributions to the investigation. In his view, not only did she see the potential in forensic genealogy — the method by which DeAngelo was ultimately identified — as early as 2011, she also brought the case back into public consciousness.

“There’s something bittersweet about the function that her death played in this investigation,” he says. “There are a lot of cold cases that are highly solvable that are simply languishing without attention, without resources and that might never be solved simply because there isn’t sufficient interest.”

The epilogue to McNamara’s book is written as a letter to the killer, now a feeble old man. She warns him that “one day soon” he will hear a knock at the door and be forced to show his face. Now the author’s vision has been realized, and that old manis likely to spend the rest of his life in prison.

For Haynes, the end of this story has not necessarily brought satisfaction. He has grappled with a sense of emptiness and struggled to reconcile DeAngelo — dull, frail, unremarkable — with the singular terror of his alleged crimes.

“I look at him and I largely see a blank,” he says. “When you spend so much time thinking about a case like this with unknown variables, and then those unknown variables are brought into the light, it never quite matches up with the picture you developed in your mind.”

As for how McNamara might have responded to the resolution of the Golden State Killer case — and what unsolved mystery she would have turned her energies to next — Oswalt isn’t sure.

“That’s what I love about Michelle,” he says, “the fact that I wouldn’t be able to predict that.”