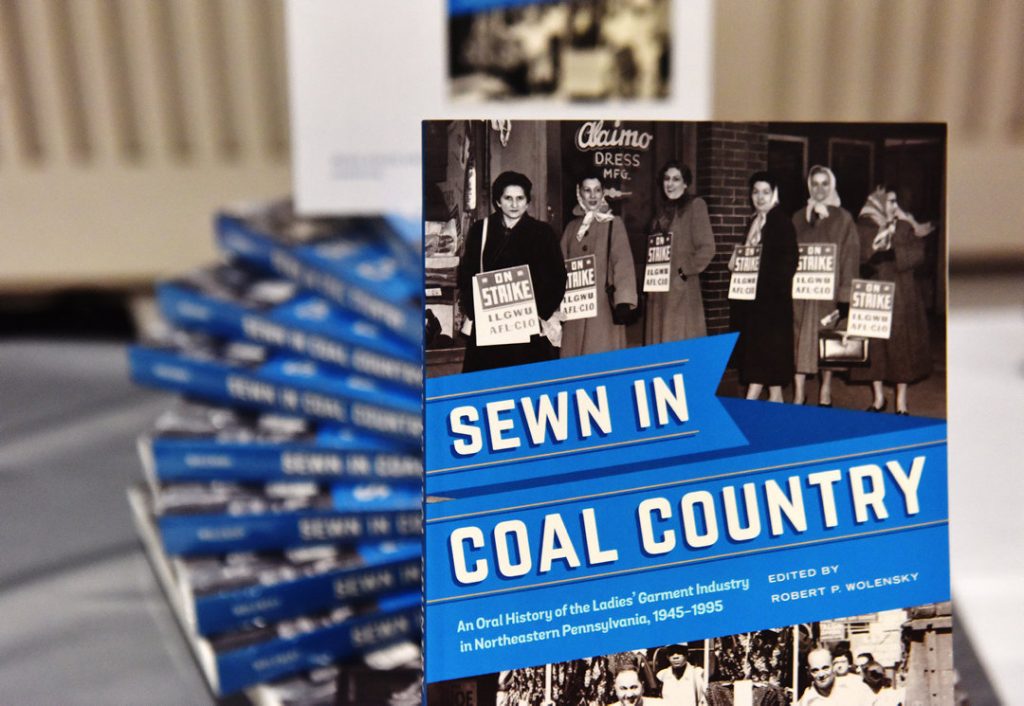 For local history buffs stuck inside by COVID-19, Bob Wolensky’s latest book “Sewn in Coal Country” could kill a good chunk of time and offer education and entertainment.

Subtitled “An Oral History of the Ladies’ Garment Industry in Northeastern Pennsylvania 1945-1995,” the first 15 chapters are a series of in-depth Q&A interviews with labor organizers, workers and people on the other side of the organization efforts in the local ladies’ garment industry. In the 16th chapter, Wolensky mines the interviews for their broader implications in the areas of “labor, working-class gender and oral history” and discusses “what they can reveal about the nuanced relationship between workers and organized crime.”

The book took seven years to compile after the interviews ended in 2013. By the time it was published in January 2020 by Penn State University Press, only two of the 15 interviewees were still living. The seven years work on the book is evident in its meticulous attention to detail. Its 379 pages include three appendixes, notes, bibliography, index and 87 figures and gallery photos.

Wolensky is the co-author of “Fighting for the Union Label: The Women’s Garment Industry and the ILGWU in Pennsylvania” with his daughter, Nicole Wolensky Civettini, and his brother, Ken Wolensky, lead author. Both books were published by Penn State University Press. “Sewn in Coal Country” is Wolensky’s seventh book about mining and garment industry history in the Wyoming Valley. He is working on an eighth local history book about the anthracite industry in the Great Depression. 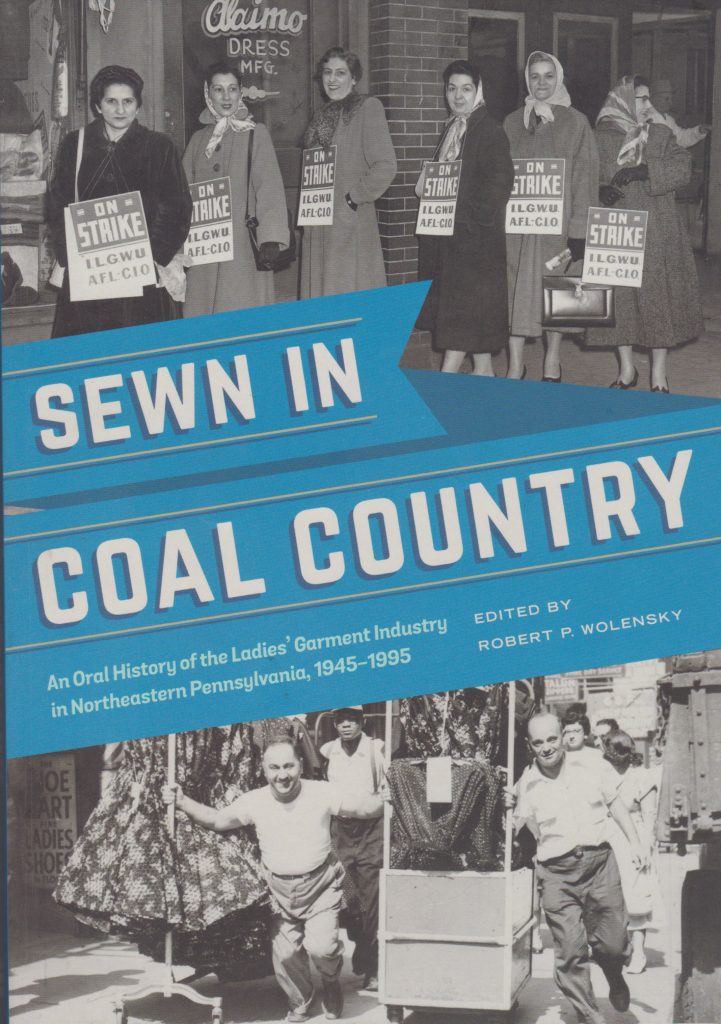 While “Sewn” is not about Greater Pittston, Pittston was a hotbed of International Ladies’ Garment Workers Union activity and 11 of the 16 interviewees either lived, worked or help organize in Pittston, including labor leader Min Mathewson, union enforcer Angelo “Rusty” DePasquale, garment presser Anthony “Tony” DeAngelo, strike leader Philomena “Minnie” Caputo, Matheson’s feisty comrade-in-arms Clem Lyons, and print shop owners and union advocates George and Lucy Zorgo. The top photo on the cover of the book is of a strike at Alaimo Dress Manufacturing in Pittston.

Matheson was a relentless organizer, whose courageous, though unsuccessful, fight to unionize the organized crime-owned shops in Pittston earned her a prominent place on the city’s Inspirational Mural, even though she never lived in Pittston. Most of the players interviewed by Wolensky talk about Matheson as a hero. In Matheson’s own story, told in her chapter, the other interviewee chapters and by Wolensky in the 16th chapter, readers learn her brother was stabbed to death and her father shot in New York, while she was roughed up in Pittston and had her home in Kingston bombed with red paint.

In her chapter, Minnie Caputo, interviewed at her home in Pittston, gushes over Matheson and talks about the year-long strike against Jenkins Sportswear.

“I was arrested, I don’t know how many times. I think I was in every alderman’s office in West Pittston, Swoyersville and Pittston,” she said.

In a phone interview from his home in Wisconsin, where he is a sociology professor at the University of Wisconsin Steven’s Point, Wolensky, a Wyoming Valley native, said, contrary to public perception, the NEPA garment industry was not controlled by organized crime.

“Min Matheson organized 168 of 180 factories in the area. No more than 12 were mob owned,” he said. “These include Sweet Valley, Anita Fashions in Edwardsville and the rest in Pittston. Pittston is the focus of the book because it was the toughest place to organize, especially at the shops owned by Russ Bufalino.”

Wolensky said the women of the ILGWU had a strange relationship with the organized crime shop owners and bosses.

“These women in Pittston kidded and had coffee with the bosses,” he explained. “When garment shop owner Angelo Sciandra played taps on his trumpet across the street from where the women were picketing, Helen Weiss, a union business agent, put on a babushka and held a tin cup asking passersby to give a few pennies for the trumpet player. When Sciandra said I watched “Untouchables” last night, she said “I don’t have to watch it, I’m here every morning watching you guys.”

Wolensky said Nick Alaimo, who had been in prison for bribery in the Knox investigation, was the only alleged mob figure who agreed to be interviewed, but he wouldn’t allow a tape recorder or notebook. All Wolensky got him to say about his involvement in the garment industry was: “Oh we had a s— house operation with 30 or 40 girls.”