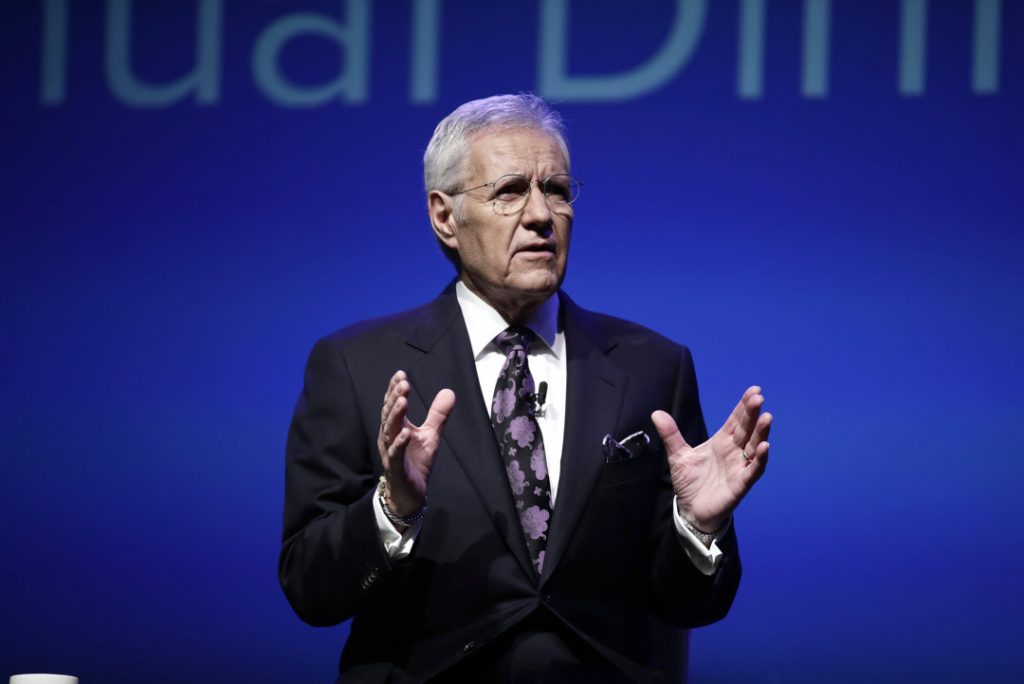 Alex Trebek to publish a memoir while fighting pancreatic cancer

Alex Trebek will soon share his life story with the world.

Simon & Schuster announced on Tuesday that the publisher will release “The Answer Is…: Reflections on My Life,” a memoir by the beloved and longtime “Jeopardy!” host that will hit shelves July 21 — one day before his 80th birthday.

“I want people to know a little more about the person they have been cheering on for the past year,” writes Trebek in the book.

The host had resisted writing a memoir for decades, but the outpouring of support he’s received from fans since his Stage 4 pancreatic cancer diagnosis in 2019 inspired him to write one.

The book weaves personal anecdotes with ruminations on education, parenthood, marriage, success, spirituality and philanthropy, according to a news release from the publisher. “Trebek also addresses the questions he gets asked most often by Jeopardy! fans, such as what prompted him to shave his signature mustache, his insights on legendary players like Ken Jennings and James Holzhauer, and his opinion of Will Ferrell’s Saturday Night Live impersonation.”

The memoir’s chapters are titled in the form of questions, a structure inspired by the long-running TV show. The book will also feature dozens of never-before-seen photos of Trebek.

“Today, when there is so much uncertainty and turmoil in the world, Alex Trebek is a beacon of stability and positivity,” said Simon & Schuster executive editor Sean Manning in the release.

Trebek is in his 36th season as “Jeopardy!” host, which has earned him seven Daytime Emmy Awards — including a Lifetime Achievement Award. Despite his ongoing fight with cancer, Trebek is still hosting the TV game show.