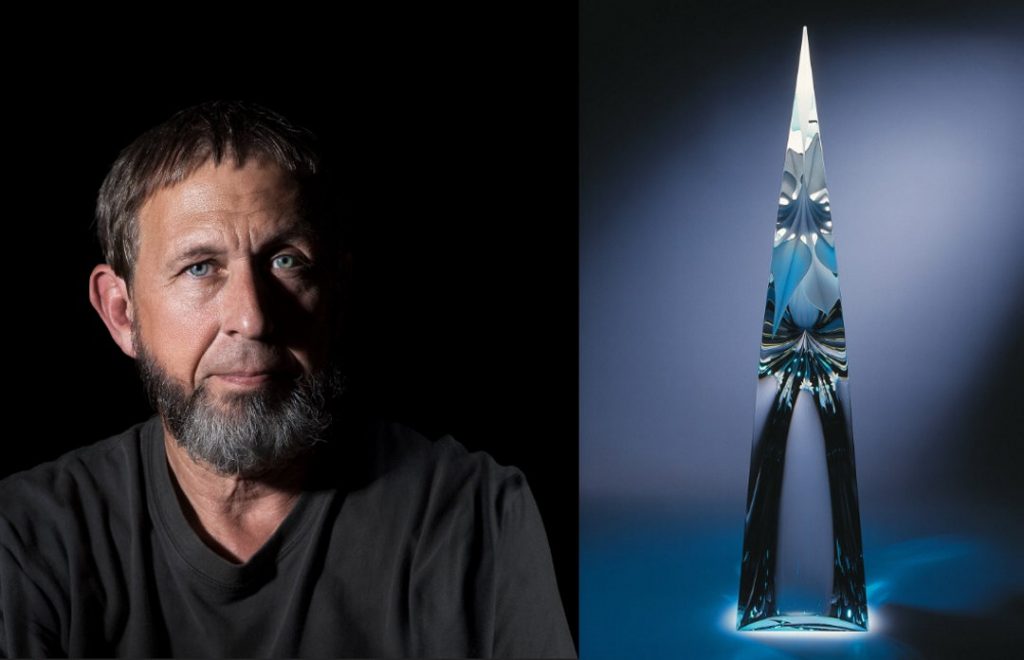 Do you want to own a $30,000 museum-quality glass sculpture created by an artist whose work is in public and private fine art collections around the world?

For $50 you can take a chance at winning “Desert Flower” by Christopher Ries in a raffle conducted by the Greater Pittston Chamber of Commerce as part of its 100th anniversary celebration. The sculpture was donated by Schott Optical in Duryea.

The winning ticket will be pulled at the chamber’s 100th anniversary celebration on April 17. Purchase a raffle ticket at the chamber office at 104 Kennedy Blvd. in Pittston, or better, on the chamber website at pittstonchamber.org. Pull down the “events” tab, click on “events list” and choose “Desert Flower.”

For tickets to the 100th anniversary celebration, scroll down the events list to April 17. The celebration tickets are $100 or $150 per couple.

“Desert Flower” is an approximately 23-by-10-by-5-inch cut, ground, polished and engraved sculpture made of glass melted at Schott Optical in Duryea. It is described on the Schott website as “hand-fabricated from Schott optical glass type LF5, a high-purity, 35% lead crystal that is remarkable for its clarity, light transmission and reflection.”

Ries, 69, is originally from Ohio. He has fine arts degrees from Ohio State and University of Wisconsin-Madison. He founded the glass department at Ohio State. In 1979, Ries visited Schott in Duryea looking for the ultimate glass sculpting material. In 1986, Ries was offered studio space at Schott in Duryea as artist-in-residence.

Schott is a leading international technology group in the areas of specialty glass and glass-ceramics. Its parent company, Schott AG, has headquarters in Mainz, Germany.

The chamber’s 100th anniversary celebration had been scheduled for June 20, 2020, but was postponed until April 17 this year. Billed as a 100th anniversary gala, it will live up to the name. An Aviation Technologies hanger at the Wilkes-Barre/Scranton Airport will be transformed into a Prohibition Era bar and restaurant by MCR Designs. The event is chaired by Sandy Insalaco, with music by Sweet Pepper and the Long Hots, beer by Susquehanna Brewing Co. and catering by Jim Guesto of Arturo’s. 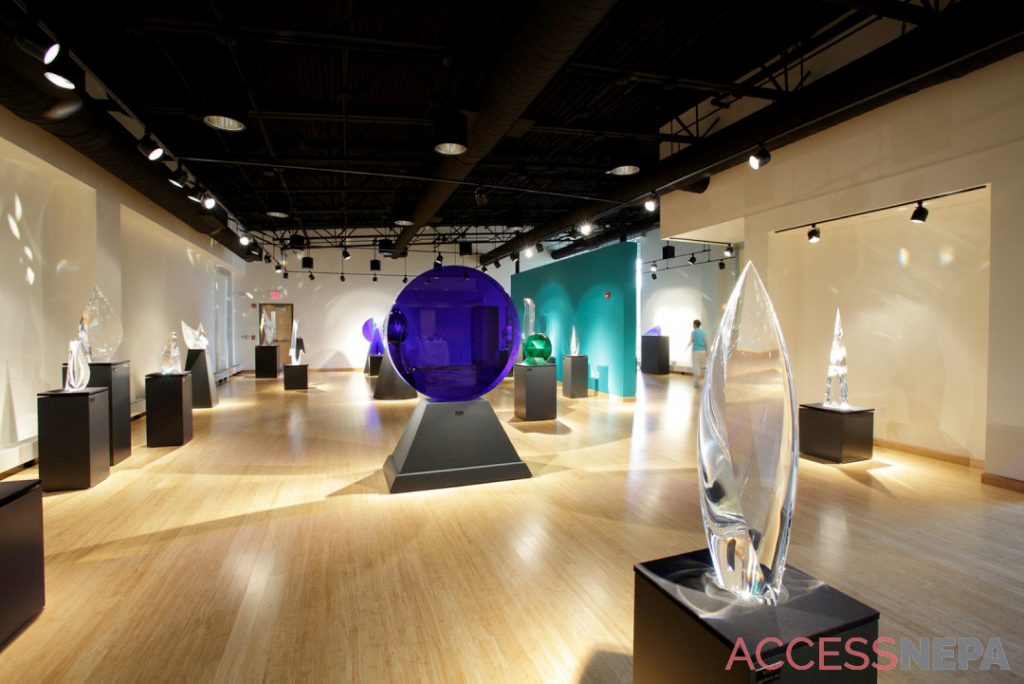 MISERICORDIA UNIVERSITY
The size, scope and color of the glass sculptures of artist Christopher Ries made a lasting impression on visitors during the grand opening of the Pauly Friedman Art Gallery in 2009.

Chamber Executive Vice President Michelle Mikitish said the choice of Aviation Tech at the airport is “fitting,” since the chamber was a major player in developing the airport.

The Greater Pittston Chamber of Commerce was chartered on June 26, 1920. The first meeting was in January in Mayor James Kennedy’s office in Pittston City Hall. The chamber later moved to the Miner’s Bank Building, then to the annex behind the bank, and in 1986, into its current building on Kennedy Boulevard. Over the years, the chamber has been a major player in the Scranton/Wilkes-Barre Airport, housing developments Highland Hills and Blueberry Hill Estates; Commerce Road and Navy Way, CenterPoint East and West Commerce Trade Park, and the establishment and/or retention of businesses such as Keystone Automotive, Pride Mobility, Topps, Independent Graphics, and Interstate Aluminum, to name just a few.

Approximately 5,000 jobs have been created in the past decade. Mikitish said the underlying focus of the chamber has always been, “To put people to work.”

To purchase raffle or anniversary celebration tickets by phone, call the chamber at 570-655-1424. For information, email Brandi Bartush, events coordinator, at info@pittstonchamber.org.