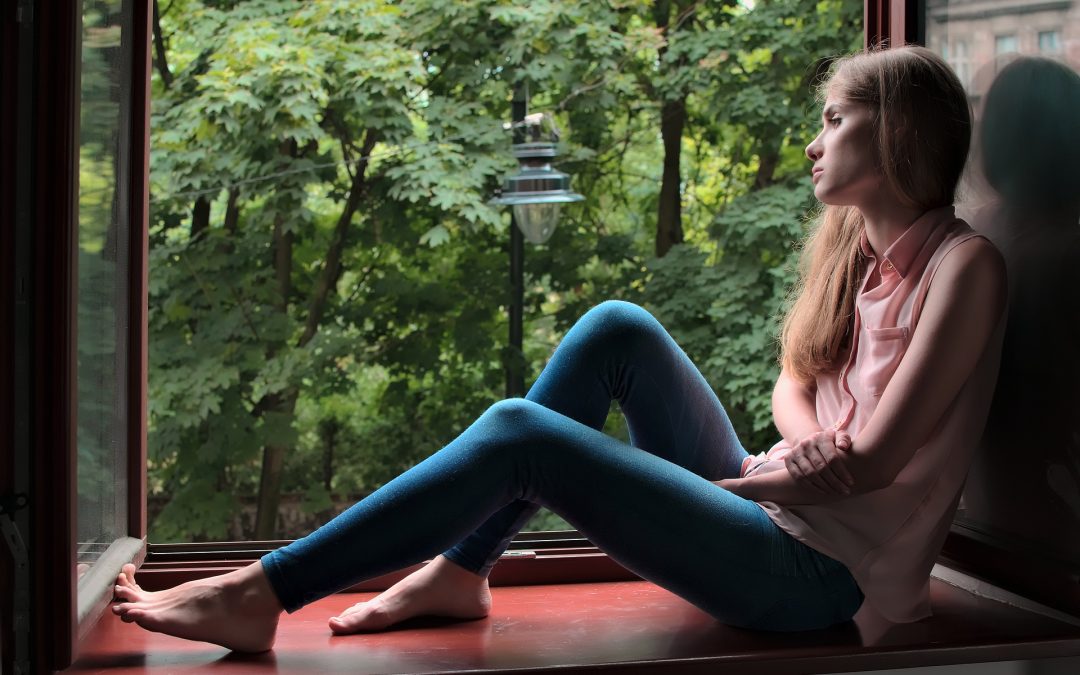 I’m a very obsessive person. I went on one date with this guy, and it was immediately apparent that he’s emotionally unavailable and broken. I deleted his number but soon dug it back up. I texted, but he never responded. I know he’s bad news, but I still think about him constantly. It’s especially bad when I’m trying to go to sleep. How do I stop these intrusive thoughts?

It’s like that spinning teacup ride, with Satan as the carny: “Wanna get off? Too bad!”

You’re doing your best to avoid thinking about the guy. Unfortunately, there’s a problem with that. Research by psychologist Daniel Wegner on “the paradoxical effects of thought suppression” suggests our minds have something in common with a defiant 2-year-old, meaning that telling yourself not to think about something gets your mind doing exactly the opposite: thinking about that thing with a vengeance.

This is just how the mind works. When you tell yourself not to think about something, it’s an immediate fail. The mind sweeps around to monitor how well you’re doing at not thinking about it, which of course involves thinking about whatever you’re not supposed be thinking about.

Helpfully, Wegner and his colleagues found a possible way to stem the flood of intrusive thoughts: distraction. This requires thinking of something positive and unrelated to the thoughts you’re trying to suppress. Even a red Volkswagen — the example they used in their experiment — could do the job.

What’s more, psychologists Jens Forster and Nira Liberman found that you can keep your mind from constantly bouncing back to a thought if you shift your focus: admit that not thinking about it is hard. As I explain in “Unf—ology,” “Removing the need to patrol your thoughts … removes the mental sticky note that tells you to keep going back into Thoughtland with a flashlight to see how well you’re doing at it.”

Finally, because the mind cannot multitask, meaning think two thoughts at once, it might be helpful at bedtime to tire yourself out reading aloud or following a guided meditation on your phone: You’re walking down a beach … you’re looking out into the waves … and … um … oops! Just remind yourself that not thinking about something is hard and yank your mind back to Swami Doodah after you inevitably picture yourself holding the guy down and drowning him in the ocean.

A labor of leave

I haven’t had sex since my last breakup, and I’m all lusty. I really like this guy, but he seems to have some intimacy issues. We went on a coffee date, and the chemistry made things go further than I would have wanted or expected (making out like crazy in the car). My friends keep reminding me to build trust and friendship before sex. But can you really go backward? Like, is it possible to just hang out and chat once things have gotten hot and heavy?

A nice thick pane of bulletproof glass between two people is an under-appreciated chastity helper, which is to say, in a perfect world, you’d plan your dates around one of you getting a job in a check-cashing place or getting arrested and held without bail.

There’s a tendency when you’ve initially gone a little too heavy into the heavy petting to be all: “Oh, well. Cat’s out of the bag. Let’s just go straight to the sex dungeon.” However, for women especially, having sex right away can lead to a sort of psychological blinding to their sex partner’s shortcomings.

Women seem more prone to getting attached when they have sex. This is thought to result from surging oxytocin, a hormone associated with emotional bonding between mothers and children, as well as lovers.

Oxytocin is released in both men and women through cuddling, kissing and especially through orgasm. However, in men, having sex also sets off a big blast of testosterone. Testosterone goes all nightclub bouncer on oxytocin, blocking it from getting to its receptor. So just as a woman’s going all melt-o about a guy, if the guy has no pre-sex emotional attachment to her, his neurochemistry is prodding him to say something sweet and romantic, like “Thanks for the ride! Have a great life!”

In other words, the bulletproof glass suggestion isn’t all that outrageous. It’s a form of “precommitment,” a strategy by economist Thomas Schelling that involves preparing in advance to make it difficult for you to break a promise or duck a goal.