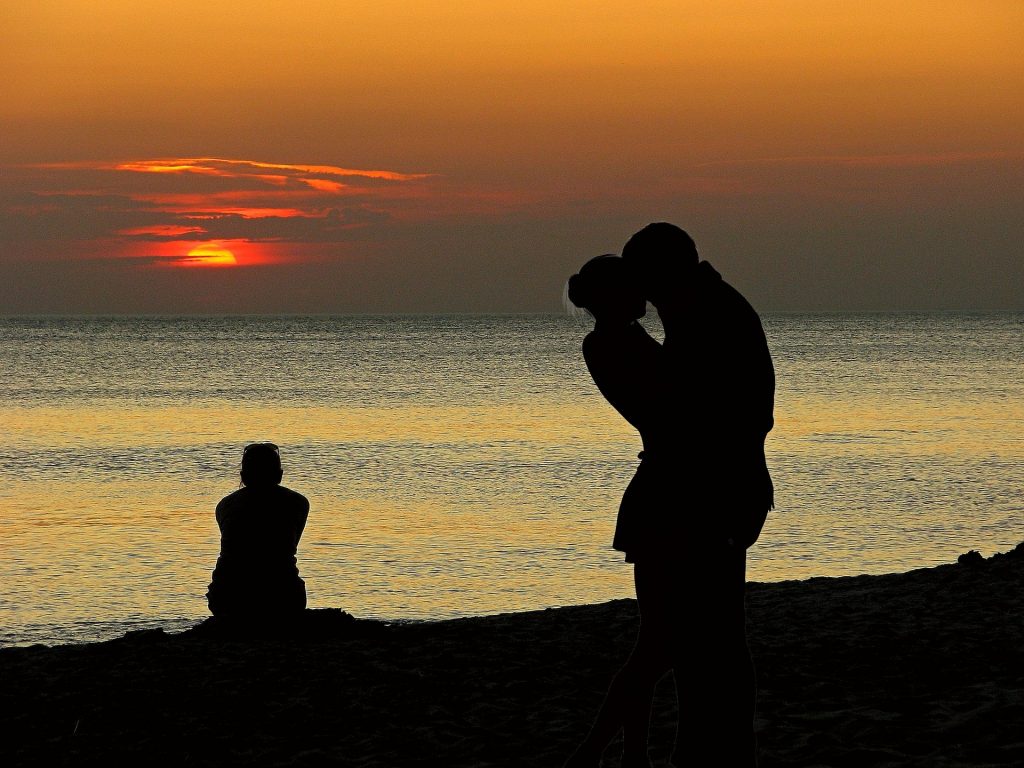 Thrill of the chase losing its excitement

Why am I only attracted to unattainable guys? As soon as men express interest in me, I lose interest in them. How do I break this cycle?!

At the moment, the perfect love poem for you would come from a clerk at the court: “Roses are red, violets are blue; stay 500 feet away, or it’s handcuffs for you!”

Chances are you’re looking to win, not looking for love. Once you win — once you’ve landed the guy you’ve been pursuing — you’re done. However, you probably tell yourself you’re seeking romantic connection because, well, it’s more appealing than admitting you’re the human version of a dog chasing a dirty tennis ball. The point — the excitement of it — is the chasing, not the getting. (Dirty tennis balls don’t taste like bacon.)

You’re basically on an emotional crack bender. The big neurochemical player here is dopamine, a neurotransmitter, a messenger in chemical form that carries signals from brain cell to brain cell. Though it’s often called the “pleasure chemical,” that’s wrong. Giving you a buzz is opioids’ department. Getting you to the opioids is dopamine’s job. Research by neuroscientist Kent Berridge suggests dopamine drives “wanting” (as in, craving) — motivating you to pursue things that are “rewarding,” like sex, drugs and cake.

There are some nuances to this. Dopamine is the Beverly Hills brat of neurochemicals — seriously snobby about rewards being new. In researcher-ese, it spikes at the prospect of “novel rewards”: sex, drugs and cake you haven’t tried before. It also goes up big-time for “unpredictable rewards” — those we aren’t sure we can get — which explains the allure of the seemingly aloof himbo. However, “predictable rewards,” like the Grandma-pleaser — the nice, stable fellow you can always count on — read as a big “meh” in Dopamineville.

I’m guessing your love of the chase has a second job — as convenient cover for repairs needed in your emotional wing. Get to work on your self-worth, self-acceptance and any other self-(s) in need of shoring up. While you’re an emotional work in progress, be honest with men you date that you have a tendency to disappear like cartoon ink.

I have a challenging job I love, and lately, it’s really cutting into my time with my boyfriend. I tell him how much I hate this, but he’s been very understanding. Initially, this was great, but now I’m annoyed that he seems fine with seeing less of me. Is it ridiculous I’m upset he isn’t acting more upset that I’m not around as much?

Poets and lyricists often describe love as a medical issue: Love hurts! Love is blind! Love lies bleeding! It goes a little far, however, to give it a traumatic brain injury: Love is comatose.

But maybe that isn’t what’s going on for your boyfriend. Maybe you’re just prone to suspect his love is waning. Research by evolutionary psychologists Martie Haselton and David Buss suggests humans evolved to be imperfect thinkers — to have distorted perceptions when we have to make “judgments under uncertainty.” These are guesses we make when we lack access to some or all of the facts.

Haselton and Buss explain that recurring mating and survival issues over human history have led us to make protective errors — overperceiving or underperceiving elements in our physical and social environments. We err in our thinking in whichever way would be the least costly to us: overestimating or underestimating.

Because women are the babymakers of the species, it’s a big, costly error for a woman to believe a man will commit — stick around and dad — when he’s really just a “sex it ’n’ exit” cad. So, women err on side of “commitment underperception” — underestimating men’s level of commitment. Even if a man actually is committed, a woman feeling all hurt that he isn’t might lead him to reassure her with increased shows of devotion: cuddling, romantic dinners, the (ethically sourced!) Hope Diamond Jr.

Consider whether there’s any real evidence your boyfriend’s love and commitment are waning or whether your emotions are playing evolutionary lap dog. When someone really loves you, they show it by making sacrifices for you — like by supporting your need for unimpeded time and energy when the job you love gets more demanding than usual. Your boyfriend seems really accommodating, so let him know if what would really make you happy is a jealous, demanding manchild who sneaks out in the middle of the night with a big tub of Crisco and greases all the rungs on the ladder of success.