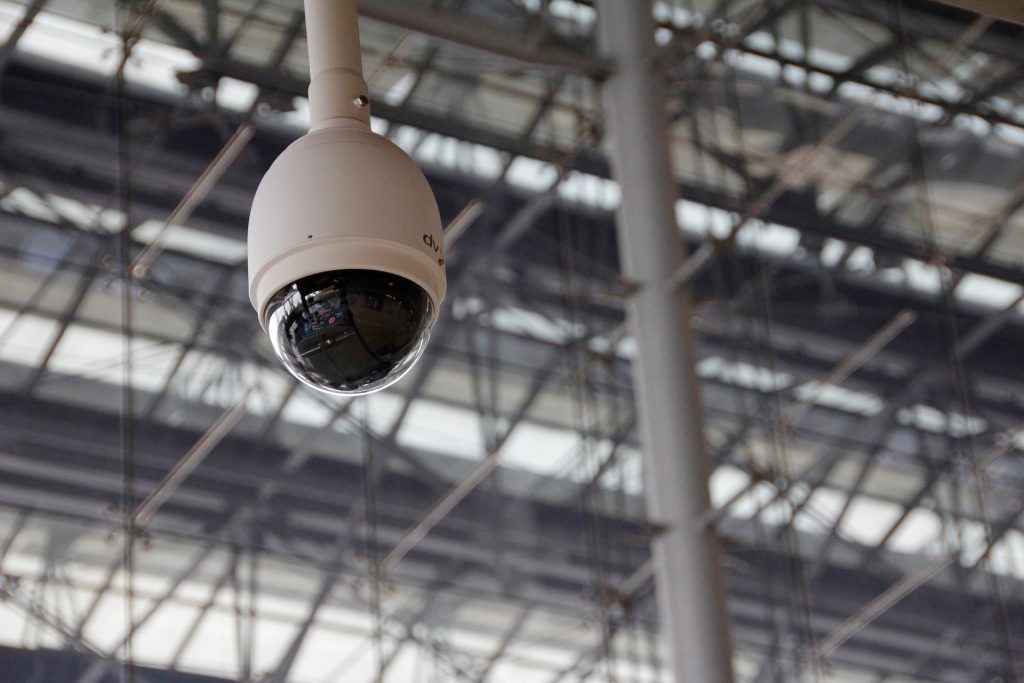 I have a new roommate, and she’s uncomfortable with the cameras in the common areas (living room and kitchen). This became an issue for her after I saw video of her being careless with my furniture and texted her and asked her to stop. My last roommate had no problem with the cameras, which I got after my home was broken into. My current roommate knew the deal when she moved in, but now complains constantly, saying it’s affecting her mental health. She wants the cameras either removed or turned off when she’s home.

Sure, Socrates said at his trial, “The unexamined life is not worth living.” This reflected his love of the pursuit of wisdom, not a desire to be under constant surveillance by his roommate and get random texts like “No sandals on the couch, dude!”

Consider why your roommate might take issue with living in a two-person police state. Privacy, as explained by legal scholar Alan Westin, involves people’s right to choose what information about themselves gets released to others. Our longing for privacy comes out of our evolved concern for protecting our reputation — others’ perception of the sort of person we are. This became vital when ancestral humans started living cooperatively, improving their chances for survival by sharing food, work and defense against the elements and murderous strangers. Having a rotten reputation could get a person booted from his or her band and made to go it alone — not a good thing at a time when “getting dinner” meant outracing and bludgeoning a rodent.

Our reputation has a guard dog, and it’s an emotion that gets a bad rap: shame. Contrary to popular belief, shame is not “unhealthy” or “toxic.” Cross-cultural research by evolutionary psychologist Daniel Sznycer suggests that shame is actually a social status management tool that helps us avoid being downgraded by others. Sznycer and his colleagues explain that the desire to avoid the feelbad of shame motivates us to “conceal damaging information” about ourselves and often deters us from behaving in icky, dishonest or unfair ways so we preserve our social standing.

The need to guard our reputation makes us behave differently when we have an audience. Knowing we are on camera removes a measure of freedom from us — freedom to relax and be ourselves. Consider, for example, the mealtime version of “Dance like nobody’s watching”: “Eat lunch like a member of the Donner Party.”

Yes, your roommate knew about the cameras before she moved in. But a good deal of social science research found that we’re pretty bad at predicting how we’ll actually react to things. Also, we can’t just choose to power down the reputation-driven anxiety we feel when we know we’re being watched. Ultimately, it seems fairest to turn the cameras off when she’s home or only have them in the entryways and outside windows.

Between a lock and a hard place

My upstairs neighbors, a lesbian couple, are my best friends. We have keys to each other’s apartments and just walk in and out. I love this, but I don’t want them walking in when I’m with a guy. If I call them to tell them I have plans and it’s just a hookup, I’ll get disapproving looks and lectures about how I won’t be able to handle it, will be miserable, etc. How can I keep them from walking in and also keep them from knowing what I’m up to?

There are things your friends don’t need to know about you, and “Who wears the Jimmy Carter mask when you’re in bed?” is one of the biggies.

You can hang some item on your doorknob — a little charm, an elastic bracelet, etc. — to signal to your neighbors, “Um, now is not a good time!” (and, of course, let them know this new code). To solve the other part of your problem — unsolicited opinions about your sex life — consider using “strategic ambiguity.” Organizational communications researcher Eric Eisenberg pointed out that clear communication is not always in our best interest. Sometimes, being purposely vague, leaving room for “multiple interpretations,” is ideal, reducing conflict and preserving relationships.

Basically, you need to pair a clear message about when it’s a bad time to come in with an unclear message about why. This transforms a sign that would’ve meant one particular thing — I’ve ordered in from Tinder Eats — into a sign that could mean any number of things: I’m sick. I’m napping. I’m on a phone call. I’m spread-eagled over a mirror trying to decide whether Martin, my mole, is cancerous.