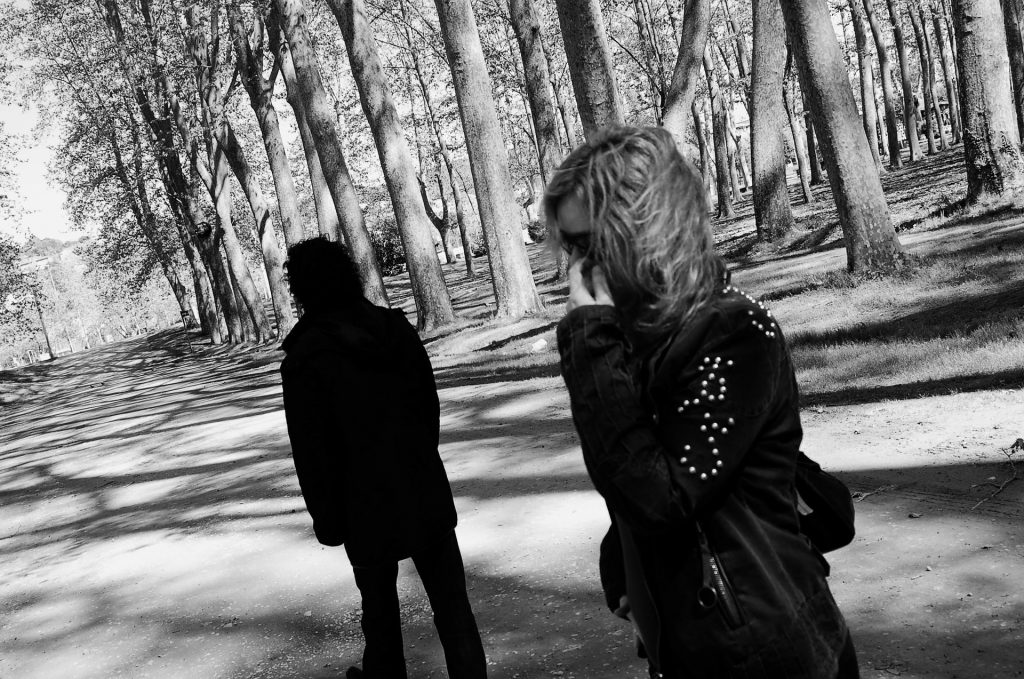 I was feeding my meter the other day, and this guy started chatting me up outside his store and got me to take his number. He seemed sweet, but things quickly got weird when he wanted to come over the next night. I said that didn’t work for me, but I offered to swing by his work and say hi during the day. He responded angrily: “No. I wanna come to your house, but you aren’t ready for it.” I politely explained that I didn’t know him at all and wasn’t into casual sex anymore. If that didn’t work for him, that was totally cool and we could just be friends. He got angry again, saying (bizarrely), “I’m not a negative person” and then “But now you’ll never know how awesome I am!” I was dumbfounded. Why do some guys get so jerky when you turn them down or want to take things slow?

Sure, you might miss out on how “awesome” he is. You might also miss out on trying to call 911 with your face while zip-tied to the coffee table.

Of course, we can’t know exactly why the guy went so nasty on you. The easy assumption is that he just wanted sex and went all brat-o when he didn’t get it. However, research on men’s responses to romantic rejection suggests some interesting possibilities, including strong masculine “honor beliefs.” Social psychology doctoral student Evelyn Stratmoen explained, “Masculine honor beliefs dictate that men must respond aggressively to threat or insult in order to create and maintain their desired masculine reputations.”

“Honor beliefs” come out of a “culture of honor.” It rises up in places with weak or nonexistent formal law enforcement.It’s why men of yore fought duels. In modern life, we see it in gangs and especially in prison. Literary scholar Jonathan Gottschall explained in “The Professor in the Cage: Why Men Fight and Why We Like to Watch” that a “culture of honor” is a “culture of reciprocation.”

“In a tit for tat fashion,” a man “returns favors and retaliates against slights.” His building a “reputation for payback” protects him physically, socially and even economically, signaling to others not to cross him. In two studies that Stratmoen and her colleagues ran, they found that as men’s “honor beliefs increased”—that is, when individual men had more intense honor beliefs — “so did their perceptions that a man’s aggressive responses to the woman rejecting his attempt to initiate a relationship with her were … appropriate.” The Stratmoen team’s findings suggest that being romantically rejected “is perceived as an insult to the man’s honor,” making him, say, feel insulted and like less of a man and justified in using “aggressive behaviors, possibly in an effort to restore his lost honor.”

Other research by social psychologist Khandis Blake and her colleagues found that men showed heightened aggression following romantic rejection by a “sexualized” woman: a woman wearing revealing, sexy clothing and expressing attitudes that “give an impression of sexiness and availability for sexual encounters.” The researchers grant that “women have varied reasons for self-sexualizing,” like finding it “empowering and enjoyable.”

Their motivations may even be “non sexual in nature.” However, women with a sexualized look and demeanor activated a sex-seeking mindset in men (primed “sexual goals,” as the researchers putit)in a way  on sexualized women did not. This sex goal activation — plus the presumption that a sexualized woman is “more interested in having sex” — increases “the expectancy that romantic interest is reciprocated.” Any
romantic rejection that follows has a worse bite — “a greater ego threat,” especially in men with shaky self-esteem — triggering aggressive responses

Now, this is not a call for women to start shopping at Burka Barn or Amishcrombie & Fitch. Wearing a miniskirt (or expressing “liberated” attitudes about sex) does not make you responsible for men’s behavior any more than serving chocolate cake at a party makes you responsible for a guest’s subsequent struggle to fit into their favorite pants.

In short, you did everything right, asserting what works for you in kind and dignity-preserving ways. Though this guy’s party manners fell off faster than a bumper Scotch-taped to a car, other aggro men might be better at hiding their Mr. Scary Side. With those guys, your new “take it slow” approach should serve you well. And with the good guys out there, your not wanting to rush into anything is ultimately a signal: You’re a woman worth having — and for more than relationships that begin at 11 p.m. and end at 1, give or take 20 minutes after the guy’s shoe is confiscated and dragged off to a secure location by your sociopathic Pomeranian.