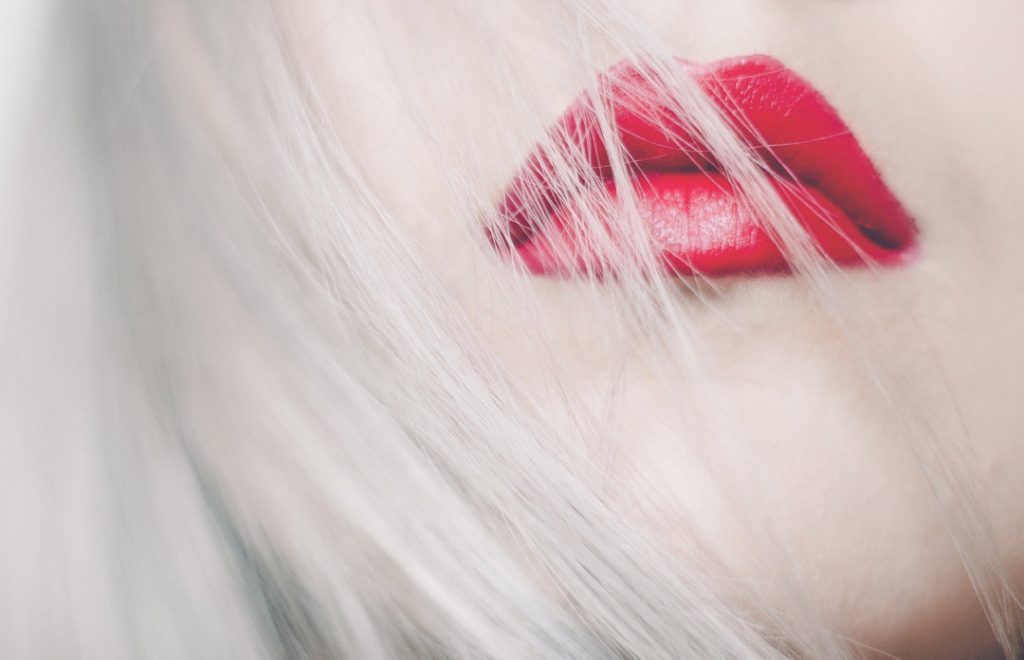 Bright red lipstick is my trademark. It makes me feel attractive and confident: ready to take on the world. A female friend criticizes me at parties about my leaving a lipstick mark on my glass, even when it’s a plastic cup. She says it’s disgusting, often when guys are listening. Is this her problem or bad etiquette I need to change?

According to annoyed caterers ranting online, lipstick on glass has staying power second only to nuclear garbage and nightmare party guests (“But there was no checkout time on the invitation!”). So, it’s possible this woman is a well-meaning etiquette activist acting on behalf of beleaguered dishwashing staff everywhere. Except — wait, she also bashes you when you’re drinking out of a plastic cup, and I’m guessing the garbagemen don’t get miffy when there’s a lipsticked Dixie cup next to the corpse in the Dumpster they’re emptying.

Your experience reminded me of a mean-girling a friend got when she was 11. A cute French boy sat next to her during the school assembly. She was basking in crushy happiness when the girl in front of her turned and gave her the dagger-eye. “You’re ugly,” she announced and turned back around. Luckily, French Boy was kind of awesome, and as my friend sat there speechless — feeling head-to-toe soggy-diapered in shame — he pointed at the mean girl and made the hand-twirly “she’s nuts” sign.

Girls and women are rarely so direct — so openly and transparently aggressive. Though men compete openly and even proudly for mates, jobs and social status, psychologist Anne Campbell found that female competition is usually “covert.”

Campbell believes this strategy — avoiding direct confrontation that could lead to physical retaliation — evolved to protect women and keep them alive to feed and care for children. Women’s indirect aggression plays out in sneaky sabotage tactics, like using malicious gossip to get another woman ostracized and noxious criticism like you’re experiencing (often dressed up as “I just want to help!”) to shame hot women in sexy little outfits into going around in more tarplike attire.

As for how you get a mean girl to stop mean-girling on you, there’s a bit of a problem. Psychologist Joyce Benenson explained that “women honestly do not believe they compete with one another.” This belief helps them compete far better — with more social and psychological leeway to do rotten things — than if they were aware of their competitive nature. Benenson observed, “Nothing works better than self-deception” to give a woman the upper hand in conflicts of interest with other women while helping her avoid retaliation.

While from boyhood war games on, to be male is to be openly competitive, Benenson found that girls and women get outraged when they see another being unapologetically ambitious. Sure, there are social alpha girls, girls who have more power — like to choose which new girl in school will be the group’s kickball for the year — but girls long to be seen as “nice,” and nice girls don’t stand out above the others. Girls who dare show superiority or boast set themselves up as targets of girl-group punishment.

Looking at your situation through the lens of female competition suggests an approach: pulling her aside and being assertive one-on-one. If you instead do this publicly, it gives her an audience to play to, allowing her to act all wounded that you’re so “mean” to her when she’s, yes, just trying to help! Supposed public meanness on your part might also energize her to seek revenge, like with post-event whispers about your attention-seeking with the “trashy” lipstick that reels in all the boys.

Assertiveness is at its most powerful when it’s brief, firm and unapologetic. A helpful guiding principle is security expert Gavin de Becker’s line, “No is a complete sentence.” So, for example, you could say: “Stop making comments about my appearance. My lipstick or whatever. Now. No more.” Expect her to make excuses, but don’t engage with her. Just say: “We don’t need to talk about it. Just stop.” This shows her you won’t be a compliant victim.

Ideally, this experience will serve as a template for dealing with ugly “helpfulness” from women. Despite women’s reputation as the kinder, gentler sex, we just come off that way because female aggression goes around in a disguise.