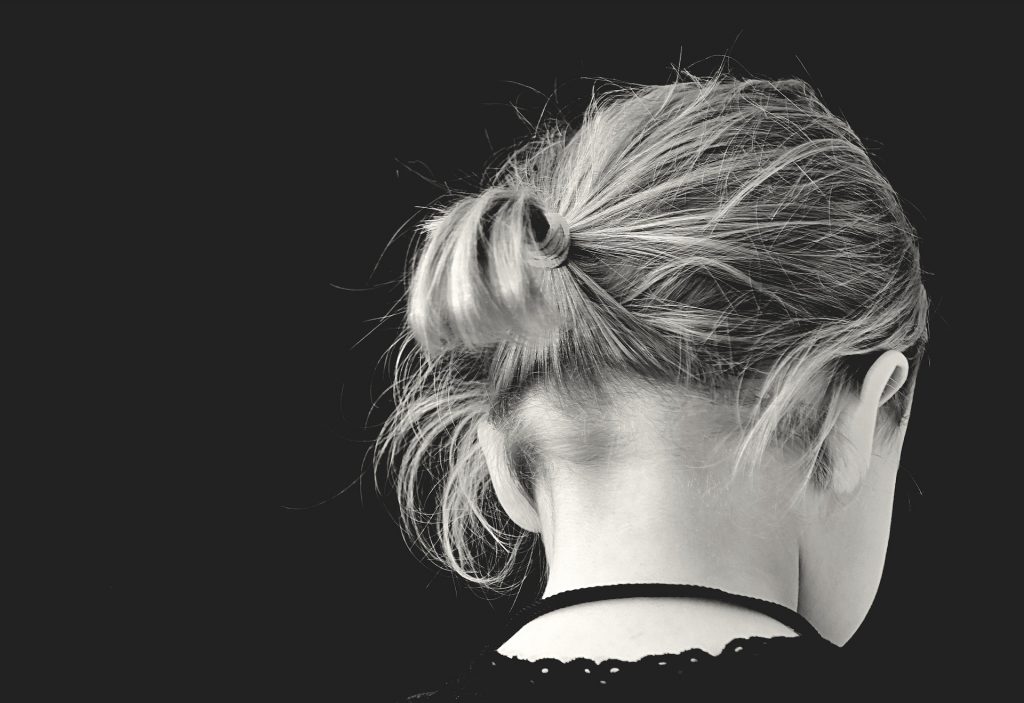 My husband’s parents interact with our 3-year-old in upsetting ways. They overfocus on her appearance, asking whether she’s washed her hair or where her comb is. (She has naturally stringy hair.) They constantly quiz her, making her name colors, numbers, etc. They once spent an entire dinner trying to train her to use a napkin. My husband finally exclaimed, “She’s not a performing seal!” After their last visit, she started showing anxiety that her hair doesn’t look nice. How can I keep my daughter’s spirit from being squelched by her grandparents?

It’s cute to see your kid playing doctor on her stuffed animal — until you find out she’s gotten a head start on a residency in plastic surgery: “Teddy felt bad about his big furry stomach, Mommy, so I’m giving him a tummy tuck and then we’ll talk about laser hair removal.”

Assuming Grandpa and Grandma aren’t sadists with a thing for toddler torture, they’ve probably just succumbed to the widely believed myth that little Aristophanes or Clove will have an edge over all the other diapered Harvard hopefuls by being drilled in academics from the binky years on.

Their premature focus on your daughter’s appearance probably comes from a similar place: “Can’t start too early on thinking about how you present yourself!” Um, actually, you can. Research by experimental psychologist Rick M. Gardner found that girls as young as 6 had negative thoughts and feelings about their appearance. Because men evolved to prioritize physical attractiveness in a partner, women evolved to be sensitive about their looks and their placement on the prettiness totem pole. This can lead to crippling insecurity and body dysmorphia — unfortunate at any age, but especially at age 4.

Rushing what researchers call “direct instruction” on toddlers — expecting them to memorize and recite colors, numbers, and facts — actually seems to set them back, harming them socially and emotionally, as well as … get this: academically!

Psychologist Gabrielle Principe explains in “Your Brain on Childhood” that neuroscience research suggests it’s play, not academics, that’s vital to young children’s brain development. For example, when children use their imagination — by improvising with props, creating their own games, developing storylines — they stimulate the growth of brain cells in the frontal cortex. This area is involved in “self-regulation — a critical skill for controlling emotions, resisting impulses and exerting self-control and discipline.”

Principe traces the myth driving today’s joyless, test-prep-filled childhoods to 1960s research by UC Berkeley’s Mark Rosenzweig comparing rats with super-stimulating stuff in their cages — wheels, slides, tunnels, etc. — with rats raised in the equivalent of empty closets. Rat Disneyland occupants did better on intelligence tests than those raised in Rat Closetland, and that’s what the media reported. What the media did not report was that the rats that did best of all were the ones raised in nature, dealing with spiders, snakes, cats, fleas and boxing matches with their rat buddies. Unfortunately, this “let the natural environment do its job” finding doesn’t sell learning toys or suggest to parents that they can give their kid a leg up by treating him or her like a jar to cram with information.

Though your daughter is only 3, even slightly older children seem to be harmed by being hammered with early academics. Psychologist Peter Gray writes: “The research is clear. Academic training in kindergarten has no long-term benefit. … It slightly increases academic test-scores in first grade, but by third grade the benefit is lost and, according to some of the best studies, by fourth grade those subjected to academic kindergartens are doing worse” academically “than those who were in play-based kindergartens.”

As for getting the grandparents to stand down, start positive: Tell them you know they love their granddaughter and want the best for her. Next, explain the research findings on both learning and appearance. Then explain that for you, what matters is that your daughter has a happy, meaningful, productive life, and this starts with her not being pushed to do things she isn’t developmentally ready for.

Be prepared to remind them a few times when they forget or, um, “forget.” (Well-meaning grandparents can have something in common with stubborn toddlers.) On a positive note, they did wait till after the kid was born to go all psycho “Harvard or bust!” instead of getting down by your big pregnant belly and yelling calculus theorems into your uterus.