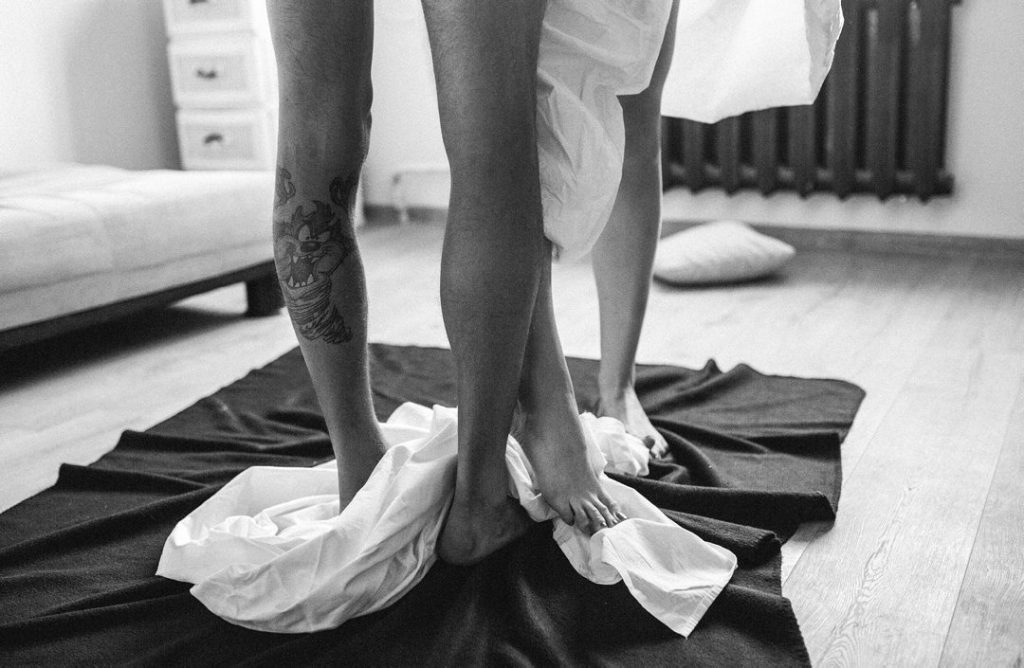 I’m a 27-year-old elementary school teacher. My boyfriend wants to film us in bed, but I’m not entirely sure how I feel about it. I can’t help but play out some nightmare scenario that we break up and he does something awful with the footage. He’s a good guy, and I trust him, but this still seems like a reasonable fear to have. Should I just calm down and go with it, or should I tell him my fears?

Your willingness to appear on video doing dirty hot yoga and making wounded animal noises should be directly disproportionate to how big you are on, say, keeping your job as a first-grade teacher.

No matter how careful your boyfriend swears he’ll be, the reality is that any day can be turned into Casual Privacy Elimination Friday. Consider that “Oh, no … they hacked our cloud!” gets blurted out at major health care institutions with gazillion-dollar IT security. Also, as you note, today’s “I love you” can shift to tomorrow’s “I will ruin you!” and whoops, how did your sex tape get posted to 65 websites in under an hour?

If you’re like many women, you find it hard to say no to requests from a person you love. Women tend to have more helpings of the personality trait “agreeableness,” which manifests in being kind, generous, warm and cooperative. Research by psychologists William Graziano and Nancy Eisenberg suggests the underlying motivation is maintaining smooth, positive relationships with others.

However, just because you’re motivated to act in a certain way doesn’t mean you should, like when the cost of being “cooperative” could be potential career ruin. Steel yourself, and explain to your boyfriend that you really want to say yes, but you just can’t risk your students answering the question, “So, what did you learn in school today?” with “Teacher Likes It Kinky.”

I became friends with this awesome guy who moved into my apartment complex. I can tell that he’s into me, but he’s not my type at all. What should I say to tell him I’m not interested?

Telling a guy you aren’t interested before he asks you out is like coming up to a stranger in a bar and saying, “This seat taken? By the way, I find you sexually repellant.”

Rejection shouldn’t be thrown around like croutons to geese. Social psychologist Mark Leary noted that romantic rejection can lead to people feeling ashamed for being “inadequately valued” by someone they’re romantically interested in.

The shame comes out of how high social status (being extremely valued by others) evolved to be the Amex Black Card of human interaction. It comes with important benefits, such as better access to resources, including a better choice of romantic partners. However, though shame is painful, the notion that it is a “bad,” maladaptive emotion is based on assumptions that passed for science (from 1971 by clinical psychologist Helen Block Lewis) that failed to look for the possible function of shame.

Emotions are evolved motivational tools that drive us to act in ways that enhance our survival and mating opportunities and help us pass on our genes. Accordingly, cross-cultural research by evolutionary psychologist Daniel Sznycer suggests that shame is a “defensive system” that motivates us to behave in ways that keep us from being devalued or further devalued by others in our social world. In a harsh ancestral environment, this could have kept us from being thrown out of our band and starving to death and/or getting eaten by a tiger. In the current environment, where food is plentiful and tigers mainly exist in cartoon form on cereal boxes, if you can avoid making a guy feel ashamed, it’s a good idea.

A feminism- and #MeToo-driven feature (or bug) of the current environment is that men are often afraid to be direct with women they’re into: “Don’t ask for what you want; just stare at it and hope it trips, falls into your lap and decides you’re attractive.” If this guy seems interested but remains mum, there’s no reason to humiliate him by telling him you don’t find him attractive. Avoid flirty talk and body language and situations that could slide into makeout sessions, like Netflix ’n’ chillin’ together.

If he does ask you out or make a move, be immediately clear and direct: “I’m only interested in you as a friend.” (Ambiguous brushoffs like, “It’s not a good time” send the message, “Try again at a later date!”) If you can act like nothing awkward has happened between you, it should minimize his humiliation and shame. Sadly, sometimes “the birds and the bees” is a category that also includes “the vegetables,” as in, “I like you as a person, but I find you sexy like a potato.”

Italics to format: “disproportionate” has just the first three letters italicized (“dis” only).