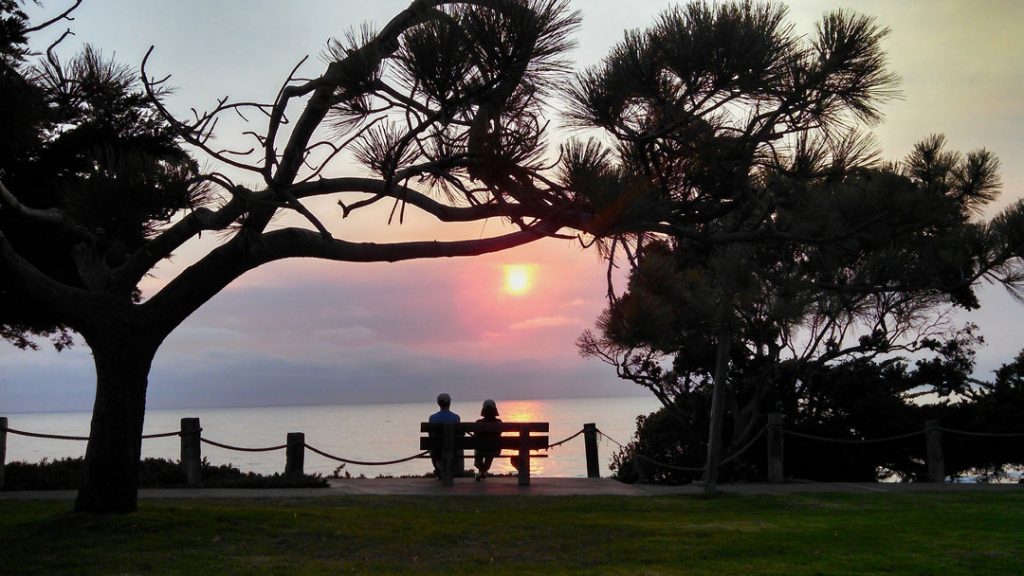 My wonderful stepmom died last year, and my dad was debilitated by grief. I got him to go to a support group, which really seemed to help. He’s been dating a woman he met there, and they’ve gotten serious. My brother says my dad wants to marry this woman. He’s happy for our dad, but I’m disgusted. It’s just wrong that he’s with another woman so soon. My dad loved my stepmother and was a great husband, but he’s now looking like a fraud because he’s moved on so quickly.

It’s not like your dad wore dark glasses to the funeral so he could cruise the pretty ladies in attendance without getting caught.
There are many misconceptions about how a person’s “supposed” to feel after their loved one dies, and we tend to go all grief police on someone we think isn’t grieving enough or for long enough.

I suspect these harsh views are a byproduct of one of the possible functions of grief. Evolutionary psychologist Bo Winegard and his colleagues point out that grief stops us from getting on with our lives after a loved one dies. This is costly, impinging on our survival, or at least keeping us from mating and passing on our genes. But because of this, grief can be a sort of tear-drenched, listless, gloom-shrouded character witness.

Sure, we could tell people we’ve got great character. But that’s just blah, blah, blah, with nothing to back it up. However, because grief is costly — emotionally, physically and in forcing us to put our lives on pause — it’s seen as a more reliable signal than claims we make about ourselves. The Winegard team believes grief likely functions as a form of social advertising: evidence the grieving person is a “loyal, trustworthy,” committed partner who forms deep attachments.

This might be why so many people eventually went so vicious on comedian Patton Oswalt. His wife died suddenly, and he was devastated, and he got a flood of sympathy from his fans. Eighteen months later, he remarried, and the public turned on him — with ugly tweets like: “80,000 died from the flu last year and fat man Patton never mentioned it. Faker than his ‘grief’ for his dead ex wife.”

My journalist friend, Leslie Gray Streeter, 49, gets really angry about these attacks on a surviving spouse: “It’s always shocking how strangers would rather you be embalmed in their memory than happy.” She writes “you” because she, unfortunately, has experience in this area, chronicled in “Black Widow,” her “sad-funny” memoir about suddenly losing her husband five years into their marriage. She tweets about the social media-shaming of Oswalt, Dog the Bounty Hunter and other widowed celebs: “It’s not your business when celebrities you don’t know remarry after being widowed. No it’s not. I’m serious. Stop it. Not your business. … Leave people alone.”

This is advice we should apply beyond the celebrisphere. Research by psychologist Camille Wortman debunks many common myths about how grief “should” work: for example, the incorrect expectations “that depression is inevitable following loss; that distress is necessary, and failure to experience it is indicative of pathology.” And then there’s the myth you might be clinging to: the notion that real love leads to grief that is endlessly debilitating.

It is — for a very small percentage of people. But grief researcher George Bonanno suspected we’re prone to believe unending grief is the norm in part because much of what’s written about grief is by grief therapists. They are “apt to see only those bereaved people” who are unable to recover without professional help. However, Bonanno explained, for most grieving people, resilience — the ability to recover (and sometimes to recover relatively quickly) and get on with life — is the norm.

Bonanno explained that bereaved people who find peace seem to put their loss into some sort of perspective. He gave the example of a woman who married her high school sweetheart and had two children and a full life with him. Her world shattered when her husband died abruptly, but she “found meaning and vigor and even joy in the idea she was going to make it.”

Consider whether the message you want to send to your dad is, “Hey! Your life was supposed to stop when my stepmom’s did,” effectively punishing him for healthy coping.

Wortman writes: “The major coping task faced by the bereaved is to reconcile themselves to a situation that cannot be changed and find a way to carry on with their own lives.” As Oswalt explained about why he remarried 18 months after losing his wife: “It just felt like worlds were connecting and everything was OK again.”