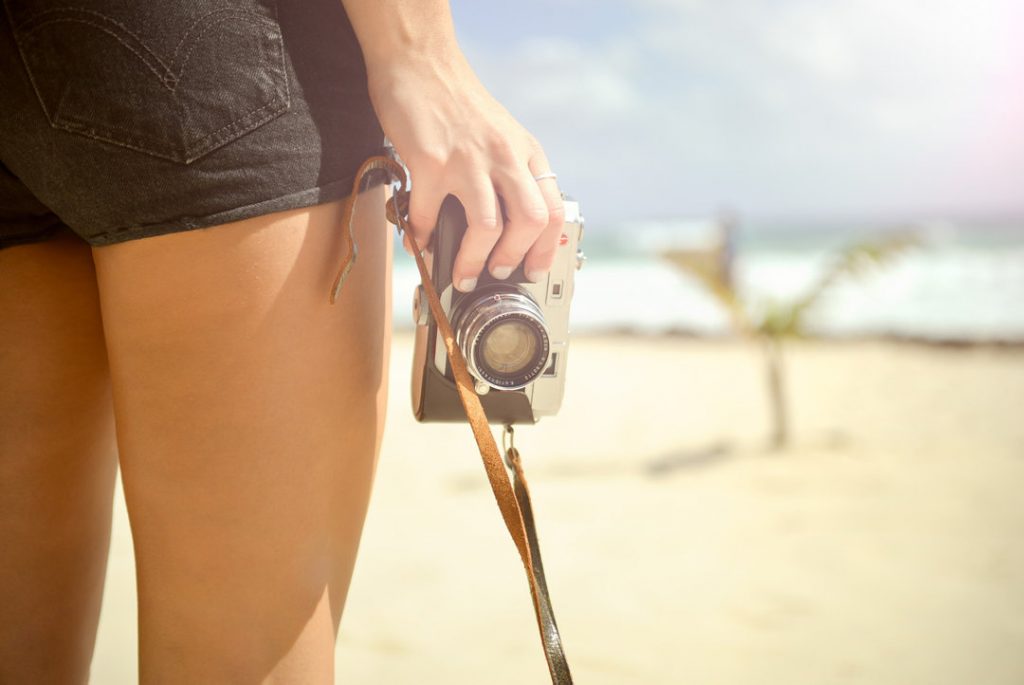 I’m a girl in my early 20s, and I recently started dating a guy I met in college. I’m very happy, except for one issue: For as long as I’ve known him, he’s followed Instagram accounts of attractive women with provocative photos (ranging from half-naked to entirely naked), and he’ll “like” these pics. This really bothers me; however, I don’t want to be the overbearing girlfriend. Why does he do this, and does it matter?

There’s a certain kind of man who’s drawn to the sight of half-naked pert breasts, and it’s the kind whose eyes have yet to be plucked out by crows.

This does not change when a man is in a relationship, even if he really, really loves the woman he’s with. But many women believe that the eyes of a man in love wouldn’t wander up and down other women and that being in a relationship should limit where eyeballs are allowed to travel: basically, you can’t have your cake and look at other cake, too.

Men have perhaps 15 to 20 times the testosterone women do, and this seems to play a major role in how visually powered male sexuality is. An episode of NPR’s “This American Life” featured Griffin Hansbury, who was born female and lived as a lesbian and then underwent sex reassignment surgery.

It’s important to note that Hansbury overdid it on the testosterone injections at first, giving himself two to seven times the testosterone of the average male. So, the 24-hour porno mind Hansbury describes is probably seriously extreme compared with what goes through your boyfriend’s mind. However, a general idea of what men experience points to why strip clubs for men are big business, while the few strip clubs for women are funny business: places they go not to get turned on but to haze a bride-to-be, laughing in her face at the giant flashing plastic vagina hat they’ve made her wear.

Ask a man why he eye-humps a woman, and if he’s honest, he’ll tell you it’s because she’s hot. But there’s an underlying (subconscious) reason: “Evolution makes me do it.” Because men only get pregnant in women’s revenge fantasies, they evolved not to seek committed “providers” as partners as women do, but to prioritize physical attractiveness. We all like a nice view, but there’s more to this preference than aesthetics. The features men find beautiful in women – youth, smooth skin, pillowy lips, “neotenous” (aka childlike) features like big eyes and an hourglass figure – are correlated with fertility and health. In other words, men evolved to be drawn to women who look like really great candidates for passing on their genes.

Men’s brains motivate them to stare at sexual eye candy in ways women’s brains do not. In brain imaging research by psychiatrist and neuroscientist Hans C. Breiter and his colleagues, heterosexual men viewing attractive female faces showed increased activation in the brain’s “reward regions”: areas involved in the anticipation of reward (also activated by food, drugs and money). The message to the man: “That’s rewarding! Go get it!”

The good news is we are not mental robots, slaves to our urges. In most men, the brain’s “go get it!” message simply leads to more looking, not nooners with the hot-erellas of Instagram. Some women consider looking to be cheating, and they tell their partner he’s not allowed to eyeball other women.

Chances are this doesn’t stop the looking; it just turns men into sneaks and liars and their partner into the enemy they have to keep secrets from.

Consider that the guy set aside another strong evolved male preference – the longing for sexual variety – to be with you. In other words, being with you means a lot to him. Sure, he still spends time browsing in the online mall of naked and half-naked women, but browsing isn’t buying. Assess whether he seems to be a good person, a person of character and a guy who consistently shows you he loves you and has your back. If so, your best bet might be staying out of his browser history and recognizing that a little eye-humping doesn’t mean there will be eye-penis coordination.