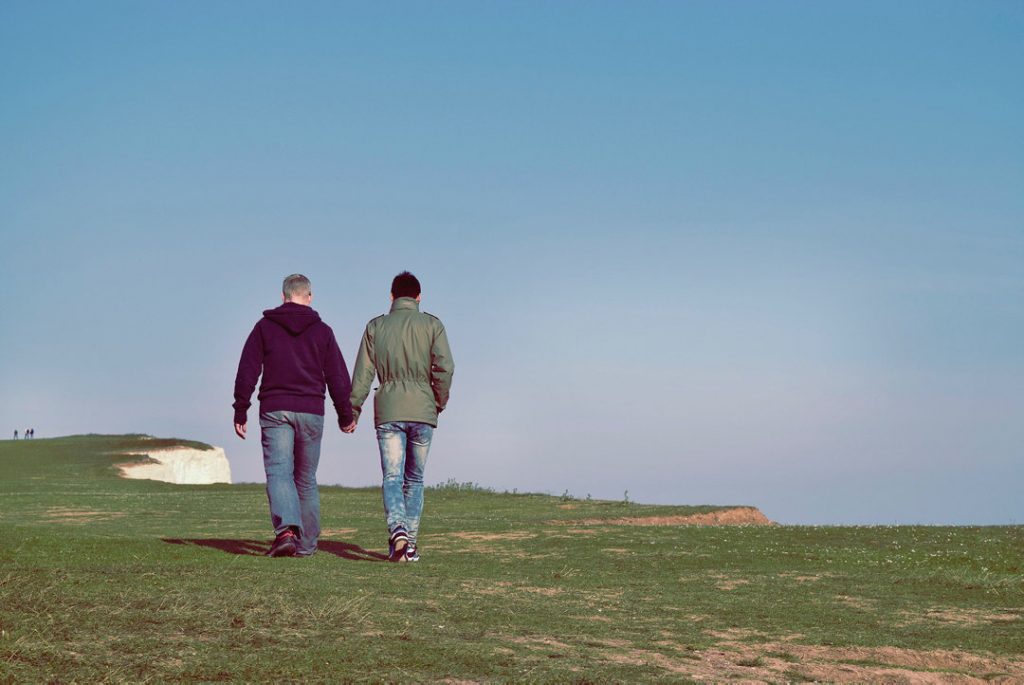 I’m a 30-year-old gay man with a new boyfriend. He is a total social butterfly: the kind of person who shows up to a bar on a random Friday night and just happens to know 10 people there. I, on the other hand, don’t love being super social. It’s not that I’m shy. I just find socializing exhausting. I really like him, and we mostly hang out one-on-one.

However, the times we are with a lot of other people, even when they’re a bunch of his friends, I feel a little overwhelmed. I’m worried he’ll find me boring because of this, and I’d rather know sooner than later if my being a wallflower will be the death of the relationship.

There are great parties and an introverts’ version of great parties: the ones they arrive at on a wrong day and find a locked, dark house.

What is introversion? Good question, and, annoyingly, one that researchers have yet to agree upon an answer to. So, best I can generalize from quarrying through the research:

An extrovert thrives on human contact and is motivated to pursue “novelty” (experiences they’ve yet to have) and excitement. An introvert, on the other hand, is more focused on (and comfortable in) the world in their thoughts than they are in the world of people, loud noises, and buzzing activity.

Introversion gets confused with shyness. But shyness is a psychological problem to overcome – a fear-and-shame-driven reluctance to engage with others – whereas introversion is merely a preference for quieter, less populous environments. In other words, introverts aren’t dysfunctional. They’re differently functional.

Extroverts and introverts’ differing social preferences (essentially, “I love a parade!” versus “I love a cave”) seem to result from differences in the ways their brains process “stimulus” and “reward.”

In psychology, a stimulus is something that happens in the environment around a person (like a horn honking or a spider legging it across their pillow) that’s registered by their senses and then their brain, motivating a response.

Cognitive scientist Debra L. Johnson used brain imaging to explore differences in stimulus processing in introverts and extroverts. In introverts, sensory input – input from their senses – led to increased blood flow in the brain (playing out as their being socked with increased stimulation). In extroverts, the same sensory input led to less overall blood flow, which plays out as less sensitivity to external stimulation, likely leading to a need for more of it.

Input from the senses also takes off down different paths in the brains of introverts and extroverts, “thinky” (in introverts) versus “feely” (in extroverts). For example, in introverts, it led to activity in frontal lobe “higher reasoning” areas used for problem-solving, remembering, and making plans. In extroverts, rear areas of the brain that process sensory experience (like seeing, watching, and touching) were activated, making an extrovert’s brain optimal for managing environmental stimuli (like from a big raging party) that can lead to sensory overload in an introvert.

Extroverts also get encouragement to be social (in neurochemical form) from increased activity in their brain’s “reward network,” according to research by psychologist Richard Depue, among others. The neurochemical more active in extroverts’ brains is dopamine, which motivates seeking and wanting. It energizes them to pursue social connection, and there’s a memory component, too, like pop-up ads on a browser, reminding them of all the previous awesomeness they experienced while being swarmed by people. (Introvert: I’d rather be swarmed by angry bees.)

Explain the science to your boyfriend, along with your fears that he’ll come to long for the sort of partner who swings from the chandelier while throwing back martinis and exchanging witty banter with those below. Sure, he might realize he needs a partner who is his social doppelganger, but he also might tell you he finds your introspectiveness refreshing and even quietly sexy.